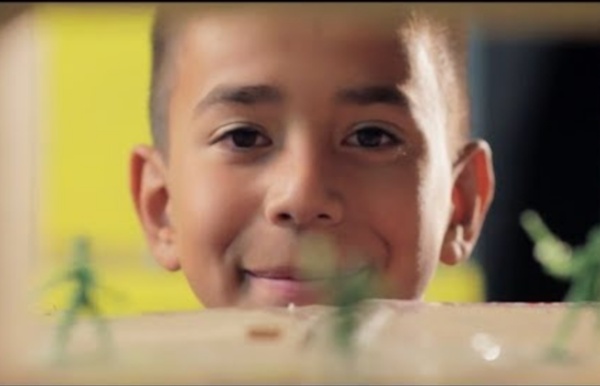 How Forgiveness Works Jump to Questions This is part 4 of 4 in the How Stuff Works youth sermonlink series. See also the adult edition and kids edition of this lesson. Forgiveness is an important skill for life. Muzetto™ Leather Bags - Laptop Bag - Man Bag - Personal Bag - SFBags Testimonials From: David Ponce <davy@.com> Subject: Re: On the way... Hello, Just wanted to let you guys know that I'm loving my new Muzetto (pine) bag. The leather is top notch and I love the color I chose. I was almost going to go with plain black accent but the pine is an awesome shade of green and suits me well I think.

Why Some Kids Try Harder and Some Kids Give Up  My toddler struggled to buckle the straps on her high chair. "Almost," she muttered as she tried again and again. "Almost," I agreed, trying not to hover. When she got it, I exclaimed, "You did it! No More Steubenvilles: How To Raise Boys to be Kind Men When Max was just a few months old, I sat cross-legged on the floor with him in a circle of other mothers. The facilitator for our “Mommy and Me” playgroup would throw a question out to the group, and we would each volley back an answer. “What quality do you want to instill in your child? What personality characteristic would you most like for your son to be known for?” she asked.

Contagious Yawning: Why We Do It, What It Shows About Us Yawning is a mysterious thing. For starters, just reading that sentence may have caused you to yawn. The behavior, technically a reflex that involves opening the mouth and a simultaneous stretching of the eardrum, is contagious--and the video above sets out to explain why. The video was created by VSAUCE, a YouTube channel that offers "Amazing Facts & The Best of the Internet." It starts by debunking various myths about yawning. We don't do it for lack of oxygen, and it doesn't just help equalize the pressure in our heads—the real medical reason is less obvious, but you'll have to watch the video to learn what it is.

The Rosary in Two Minutes The Rosary is a Catholic prayer devotion that draws us closer to Jesus and Mary by reflecting on key moments in their lives. According to Catholic tradition, Mary gave the Rosary to St. Dominic when she appeared to him in 1214. In 1520, Pope Leo X approved it for use by lay people. In those days, many were illiterate, so the Rosary allowed anyone to pray with familiar words from scripture. Motivator: Create your own motivational posters! First time here? Welcome! We have a lot of fun stuff to play with like ourMotivational Poster maker, Magazine Cover maker, Pop Art poster, and much more! Play as much as you like—everything is free.

Your Words Matter. I had a teacher who once told me I would most likely be a college dropout. Her words mattered. When I told my wife I wanted to write a book and she said without blinking an eye, “Do it.” I told my daughter the other day how proud I was of her for writing a full sentence! Mucca Pazza, Boss Taurus: Big Band, Itty-Bitty Stage : All Songs Considered Blog Take a humongous group of excitable jokers who have too much free time on their hands, mix in enough instruments to satisfy an entire marching band variety, toss a few gigantic pom poms and enormously-loud/elaborate outfits their way and you'll get Mucca Pazza. The Chicago-based band is a 30-piece (yes, 30 trombonists, trumpeters, guitarists, cheerleaders, and more) community of "circus punks" that makes music that sounds like the results of a rowdy weekend at band camp. Mucca Pazza's new song, "Boss Taurus," feels like a musical debate: the trumpets make a declaration; there's a response from the guitars; and the lone tuba tries to get a word in edgewise. The pieces constantly break apart and then get back to working together to get you bouncing in your chair.

St. Joseph Feast Day Celebration Ideas for your Home St. Joseph’s feast day is coming up on March 19, and it’s actually a solemnity, which is a little higher ranking than a feast day. In other words- it’s a fun and important day! There are many Catholic traditions that surround this beautiful day, especially traditions origionating in Italy. You can find more March feast days to celebrate with Catholic kids here.