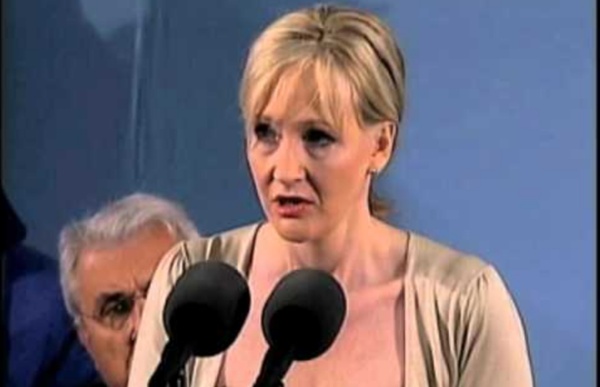 LIAM 108 - Self-Talk Determines Success! Your self-talk is the largest determining factor for your success in any area of life! How you talk to yourself is a reflection of your beliefs about yourself and influences your behaviors. Are you judgmental, harsh, critical, self-deprecating? or are you accepting, loving, kind, supportive, encouraging?

E + R = O and possibly 14-0 The biggest development during Ohio State’s first game week has nothing to do with the opponent or even national championship hopes. It’s actually something that doesn’t relate to on-field play at all. Leadership. Albert Camus on the Will to Live and the Most Important Question of Existence “If the universe is meaningless, so is the statement that it is so… The meaning and purpose of dancing is the dance,” Alan Watts wrote in his 1951 meditation on how we wrest meaning from reality. But if to dance or not to dance is the central question of existence, are both choices endowed with equal validity, dignity, and moral courage? Not so, argued Albert Camus (November 7, 1913–January 4, 1960) a decade earlier in The Myth of Sisyphus (public library), which begins with what has become one of the most famous opening sentences in literature and one of the most profound accomplishments of philosophy. A decade and a half before becoming the second-youngest recipient of the Nobel Prize in Literature, awarded him for the “clear-sighted earnestness” with which he “illuminates the problems of the human conscience,” 28-year-old Camus writes:

4 inspiring kids imagine the future of learning After more than 13 years of research convinced him that children have the ability to learn almost anything on their own, 2013 TED Prize winner Sugata Mitra aspires to shape the future of learning by building a School in the Cloud, helping kids “tap into their innate sense of wonder.” In the spirit of Mitra’s invitation to the world to “ask kids big questions, and find big answers,” we asked four brilliant young people to tell us: What do you think is the future of learning? Here, their answers. There Is a Crack in Everything, That’s How the Light Gets In: Leonard Cohen on Democracy and Its Redemptions Trained as a poet and ordained as a Buddhist monk, Leonard Cohen (September 21, 1934–November 10, 2016) is our patron saint of sorrow and redemption. He wrote songs partway between philosophy and prayer — songs radiating the kind of prayerfulness which Simone Weil celebrated as “the rarest and purest form of generosity.” One of his most beloved lyric lines, from the song “Anthem” — a song that took Cohen a decade to write — remains what is perhaps the most meaningful message for our troubled and troubling times: “There is a crack in everything, that’s how the light gets in.” It springs from a central concern of Cohen’s life and work, one which he revisited in various guises across various songs — including in “Suzanne”, where he writes “look among the garbage and the flowers / there are heroes in the seaweed,” and in the iconic “Hallelujah”: “There’s a blaze of light / In every word / It doesn’t matter which you heard / The holy or the broken Hallelujah”.

About Blooks : Overview This blog is devoted to the subject of BLOOKS, objects made in the emulation of books, either by hand or commercial manufacture. All over the world, for hundreds of years, people have been making, collecting and presenting book-objects that reflect their devotion and respect for books and for each other. There are countless examples; they include bars, cameras, radios, banks, toys, memorials, food tins, desk accessories, book safes, musical instruments, magic tricks, furniture and jewelry. Blooks embody the same characteristics as books and many take the form of specific titles and book formats. They signify knowledge, education, taste, power, wealth and more. They have been treasured and passed down through the generations, and many thousands reside in private homes, public and private businesses and in museums and libraries around the world.

What it’s like to grow old, in different parts of the world At TED2013, Jared Diamond shares some of his research on how different societies treat the elderly. Photo: James Duncan Davidson The world’s population is getting older. Curiosities of Literature Formed in 2009, the Archive Team (not to be confused with the archive.org Archive-It Team) is a rogue archivist collective dedicated to saving copies of rapidly dying or deleted websites for the sake of history and digital heritage. The group is 100% composed of volunteers and interested parties, and has expanded into a large amount of related projects for saving online and digital history. History is littered with hundreds of conflicts over the future of a community, group, location or business that were "resolved" when one of the parties stepped ahead and destroyed what was there. With the original point of contention destroyed, the debates would fall to the wayside. Archive Team believes that by duplicated condemned data, the conversation and debate can continue, as well as the richness and insight gained by keeping the materials.

Your Words Matter Your Words Matter. I had a teacher who once told me I would most likely be a college dropout. Her words mattered. When I told my wife I wanted to write a book and she said without blinking an eye, “Do it.” I told my daughter the other day how proud I was of her for writing a full sentence! 12 sites where you can read full books online If you buy an item via this post, we may get a small affiliate fee. Details. To enjoy reading books, you don’t need a tablet or e-reader. You can read entire books online, completely legally, in an internet browser on your computer. The most popular sites are listed below.