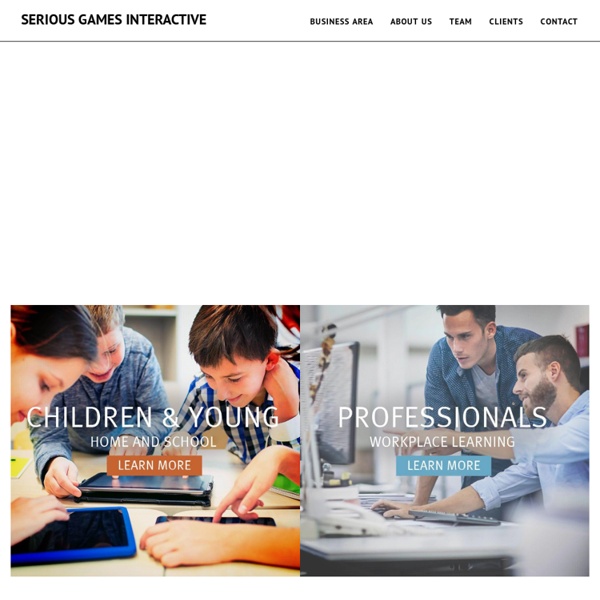 About the EVOKE game Posted by Alchemy on 27 Jan under Behind the scenes EVOKE is a ten-week crash course in changing the world. It is free to play and open to anyone, anywhere. The goal of the social network game is to help empower people all over the world to come up with creative solutions to our most urgent social problems. The game’s first season began on March 3, 2010 and ended on May 12th, 2010. However, that doesn’t mean that the game has stopped! What Is Systems Thinking?: Interactive Components of Video Games Are Perfect Examples “Why didn’t we do this sooner?” This question was posed by a student at Franklin High School in Portland, Oregon, who was failing Diana Fisher’s math class. Many people dislike math because it is so abstract and just not a natural way to think about problems, Fisher candidly admits. So she’s on a constant quest to make it easier for her students. She found the answer by integrating a systems thinking model into her classroom. Diana Fisher recently received a Lifetime Achievement Award from the System Dynamics Society, an international, nonprofit organization devoted to encouraging the development and use of system dynamics and systems thinking,for her work in bringing system dynamics to her high school classes and for creating a year-long course of systems modeling.

Sustainability Learning through Gaming I’ve long been looking for approaches that use gameplay to engage in sustainability. I’ve previously been disappointed in a lack of systems thinking, and decisions in game design that damage a sustainable game’s utility. While participatory model development rather than gameplay, this was premise of my PhD Spatial Process Modelling. Prompted by Stefan Kreitmayer I’ve been reading an interesting paper by Carlo Fabricatore and Ximena Lopez presented at ECGBL: Sustainability Learning through Gaming: An Exploratory Study The Ultimate Alternate Reality Gamified Transmedia Classroom Toolkit New to the Blog? If you’d like to read about the implementation of the video game Gone Home in a high school English class, start here. Want to know how to turn your class into an alternate reality game, start here for an overview, or keep reading for the resource toolkit.

The River City Project: Introduction Activeworlds, Inc. is currently in licensing negotiations with Harvard University regarding the future of River City. Activeworlds, Inc. is the vendor who developed the virtual world platform that River City utilizes. They are also currently responsible for the day-to-day hosting of the environment, and have proposed a plan that will keep River City alive and well during the upcoming school year. Systems Thinking Games Systems Thinking Games, developed in partnership with Filament Games, are designed to be used by youth and educators to assess systems thinking skills both in the classroom and in afterschool contexts. A precursor to the GlassLab, this project brings together teachers, assessment experts and game designers and developers to collaboratively design and build a suite of games with data tools that support teachers in evaluating the way players approach problem-solving, and the strategies players use in understanding and interacting with complex systems. Currently, research is underway to develop assessment frameworks that yield valid and reliable assessment measures across the suite of digital games.

“8 Tips for Measuring the Impact of Serious Games” Serious games are great! When you play them, the good ones (!!), you get the feeling that they are a breakthrough in learning. They “feel” like they are doing much more than traditional teaching and training approaches have done in the past. You think, “Everyone should be learning through games and they will replace textbooks in the classroom and brochures in the doctor’s office!” But that is not enough. The Kuleshov Effect: Is Batman Hungry? A while back I had game AI expert Dave Mark on my podcast. One of the things he talked about in the context of using psychology to shape player behavior was the Kuleshov effect. I wanted to look at this topic in detail. The effect is named after a Soviet filmmaker of the the same name, who created mini-montages and showed that the content of one shot could change the viewer’s perception of another.

What is Serious Games The idea of using games or game technologies for “serious”, e.g., educational purposes is as old as the idea of “learning games”, but is not limited to those forms. As opposed to games designed for entertainment, serious games can be defined as computer games aiming towards an underlying second “off-game” goal that differs from in-game goals such as finishing a level or gaining high scores. Beyond the surface of gaming actions—or embedded into those—, serious games try to evoke learning processes or even complex experiences (e.g., through taking the perspective of political refugees, trying to bring them out of a danger zone). Computer game art can be seen as a related form of serious games, aiming, for example, towards open aesthetical experiences rather than following didactic concepts and defined learning goals. Learn more in: (Self-) Educational Effects of Computer Gaming Cultures

Learning Analytic for Digital Game-Based Learning There is an overlooked opportunity in games – big data generated in the interactions through gaming. Game based learning is great, it’s learning-by-doing with lower costs in many cases, it’s focused on problem solving, it improves students motivation. But when we suggest teachers to use serious games to teach their students, the first question that it comes to their minds is: “Well, I like the idea, but… How do I assess this?”