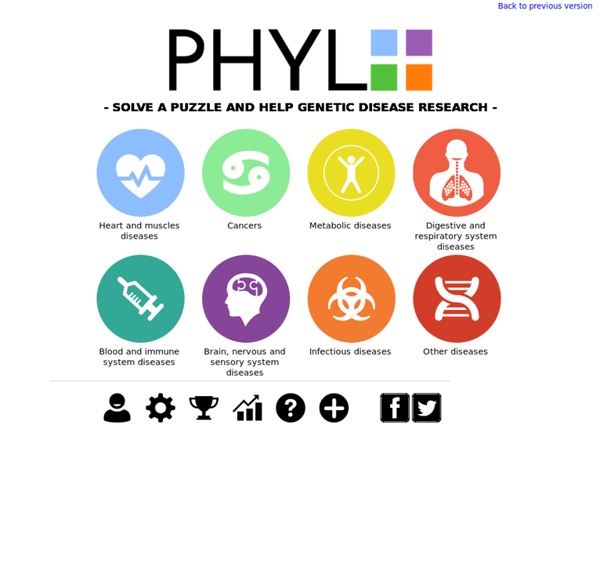 Cairns Blog: Crowdsourcing Governance [Video intro ends at 52 seconds; Intro by Dr. Gref ends at 2'18; Speech ends at 11'15; then Q&A] For Prime Minister Putin's presentation, click here. Crowdsourcing Governance Games and Puzzles Science Games Who Wants to Win $1,000,000? - Answer 15 science and math based questions correctly and become a (pretend!) On who first found rotifers and when. Who first discovered rotifers? Who first described rotifers? An example of how attributions change ... but which is now regarded as correct from the conflicting information presented both offline and online? If nothing interesting appears here, maybe you have accidentally typed in https: instead of http: HELP? Crowdsourcing improves predictive texting - tech - 25 February 2012 SMARTPHONES may soon get a lot better at finishing your sentences for you - with the help of words and phrases gleaned from crowdsourcing. The software packages in today's phones often struggle with texts and voice commands if a user attempts words or phrases that aren't included in the phone's database. To see if the crowd could help, Keith Vertanen of Montana Tech in Butte and Per Ola Kristensson at the University of St Andrews, UK, called upon workers of the Amazon Mechanical Turk. The plan was to try and improve a predictive system used in Augmented and Alternative Communication (AAC) devices, which help disabled people to communicate by painstakingly typing out words interpreted from their muscle twitches or blinks. The researchers paid 298 Mechanical Turk workers to imagine phrases they might need if they had motor neuron disease or cerebral palsy. Their responses produced nearly 6000 useful phrases.

How Mosquitoes Helped Shape the Course of Human History Fifty-two billion people—almost half of the cumulative human population—are thought to have perished at the hands of a creature no bigger than a fingernail: the mosquito. In his new book The Mosquito: A Human History of Our Deadliest Predator, historian Timothy Winegard exposes this insect as not merely an itchy pest, but a force of nature that has dictated the outcome of significant events throughout human history. From ancient Athens to World War II, Winegard highlights key moments when mosquito-borne diseases caused militaries to crumble, great leaders to fall ill, and populations to be left vulnerable to invasion. In addition to addressing the mosquito’s pivotal role in battle, Winegard reveals some uglier effects of its diseases, such as how malarial resistance contributed to the rise of the African slave trade, and the concept of biological warfare. Winegard spoke with Smithsonian about his new book and if modern technology can defeat this threat to humanity—and whether it should.

Solver Develops Solution to Help Clean Up Remaining Oil From the 1989 Exxon Valdez Disaster Boston, MA and Cordova, AK - November 7, 2007 - InnoCentive, the leader in prize-based Open Innovation sourcing, is helping to make a positive impact on Environmental Conservation by working with the Oil Spill Recovery Institute (OSRI) and other conservation groups. OSRI has posted 3 Challenges on the InnoCentive website, all dealing with oil spill recovery issues. The first of these challenges was solved last week by an oil industry outsider who used his expertise in the concrete industry to come up with the winning solution. John Davis, an InnoCentive Solver from the Central United States, was awarded $20,000 for his creative solution. This first OSRI Challenge required a method for separating oil from water on oil recovery barges after the oil and water had frozen to a viscous mass.

Scientists bust myth that our bodies have more bacteria than human cells : Nature News & Comment Red blood cells dominate our total cell count by number (though not by mass). It's often said that the bacteria and other microbes in our body outnumber our own cells by about ten to one. That's a myth that should be forgotten, say researchers in Israel and Canada. The ratio between resident microbes and human cells is more likely to be one-to-one, they calculate. Microwork Microwork is a series of small tasks which together comprise a large unified project, and are completed by many people over the Internet. [1] [2] Microwork is considered the smallest unit of work in a virtual assembly line. [3] It is most often used to describe tasks for which no efficient algorithm has been devised, and require human intelligence to complete reliably. The term was developed in 2008 by Leila Chirayath Janah of Samasource. [4] [5] Microtasking[edit] Microtasking is the process of splitting a job into its component microwork and distributing this work over the Internet. Since the inception of microwork, many online services have been developed that specialize in different types of microtasking.

Dino Doom Topics Covered Mass Extinction Meteor Impacts Craters Iridium Microfossils Evolution Lesson Description The Cretaceous–Paleogene (K–Pg) extinction event, which occurred 66 mya, caused the mass extinction of nearly 75% of the plant and animal species on Earth. Crowdsourcing Crowdsourcing is a sourcing model in which individuals or organizations obtain goods and services. These services include ideas and finances, from a large, relatively open and often rapidly-evolving group of internet users; it divides work between participants to achieve a cumulative result. The word crowdsourcing itself is a portmanteau of crowd and outsourcing, and was coined in 2005.[1][2][3][4] As a mode of sourcing, crowdsourcing existed prior to the digital age (i.e. "offline").[5] There are major differences between crowdsourcing and outsourcing.

The extinct, giant giraffid Sivatherium giganteum: skeletal reconstruction and body mass estimation 1. Introduction (a) Taxonomy and morphology of Sivatherium giganteum The Giraffidae clade is represented today by two extant species: Giraffa camelopardalis, well known for its large size and highly derived body proportions; and the smaller, more modestly proportioned Okapia johnstoni. The fossil record contains phenotypes that demonstrate progressive neck and limb elongation as one approaches the condition of extant Giraffa [1]. An alternative evolutionary pattern is displayed by the Sivatheriinae [2], a giraffid outgroup that first appeared in East Africa in the Late Miocene [3].