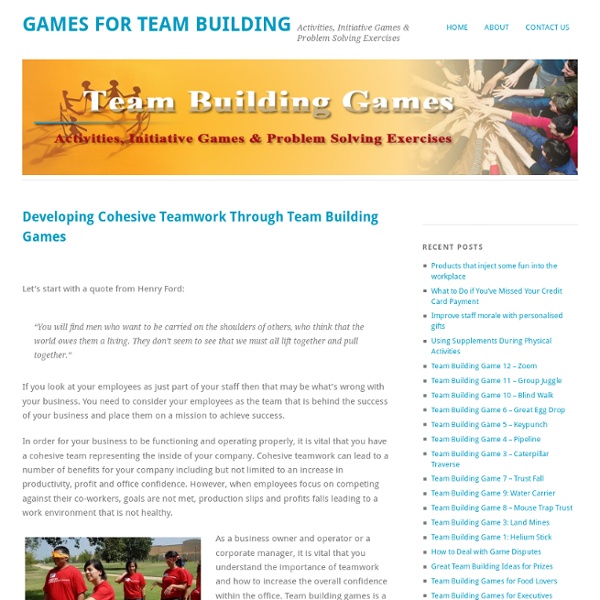 Sustainability Learning through Gaming | Computing for Sustainability I’ve long been looking for approaches that use gameplay to engage in sustainability. I’ve previously been disappointed in a lack of systems thinking, and decisions in game design that damage a sustainable game’s utility. While participatory model development rather than gameplay, this was premise of my PhD Spatial Process Modelling. Prompted by Stefan Kreitmayer I’ve been reading an interesting paper by Carlo Fabricatore and Ximena Lopez presented at ECGBL: Sustainability Learning through Gaming: An Exploratory Study This paragraph is laden with potential: Educating for sustainability demands approaches and tools promoting systems thinking and learning to deal with traits of complexity, such as change, uncertainty, and emergence. So is this quote: All these steps are carried out directly in the gaming environment that serves as a frame for meaning making (Gee 2007). Their model of gameplay doesn’t seem to have interaction with other players, nor environmental scanning. Like this:

“8 Tips for Measuring the Impact of Serious Games” | Pamela M. Kato, EdM, PhD Serious games are great! When you play them, the good ones (!!), you get the feeling that they are a breakthrough in learning. They “feel” like they are doing much more than traditional teaching and training approaches have done in the past. You think, “Everyone should be learning through games and they will replace textbooks in the classroom and brochures in the doctor’s office!” But that is not enough. Games are expensive to make, they come in all different levels of quality, and sometimes when you hear that a martian on an imaginary planet is teaching kids how to become successful entrepreneurs, you have to wonder if they really “work.” But because serious games seem to have an impact beyond the outcomes we have traditionally measured in training and teaching, this often means that we have to be smart, thoughtful and innovative to do a good job of measuring what they can do. Get your brain power-up because here are some tips about how to go about measuring what serious games can do.

Learning Analytic for Digital Game-Based Learning There is an overlooked opportunity in games – big data generated in the interactions through gaming. Game based learning is great, it’s learning-by-doing with lower costs in many cases, it’s focused on problem solving, it improves students motivation. But when we suggest teachers to use serious games to teach their students, the first question that it comes to their minds is: “Well, I like the idea, but… How do I assess this?”, or “How do I know it works for everyone?” Learning Analytics for Serious Games should step in now. Actually it’s another data mining process, quotes from the post from Games and Learning Alliance(GALA): Most of current research is focused on analyzing data generated by LMS, and they obtained interesting results analyzing visits and views of courses resources, forums interactions… However, serious games—and all videogames—are interactive by nature, and this interactivity generates a lot of data that can be analyzed. By MarkyBon, licensed under CC BY-SA

Serious Games Directory BETA | Gaming the Past | historical simulation games in the classroom Games For Learning Institute playforce.org - Playforce: Learning from the games we play Solving the World - Serious Games Require Serious Gamers | Curiouser Institute Every day gamers go into fictional spaces to save the world. They go on quests to save the Mario Galaxy, battle evil in Azeroth, and improve their lots in Farmville. Millions of gamers spend in the area of 3 billion hours a week solving the difficult and challenging problems of hundreds of fictional worlds and thousands of quests. Until lately that didn't really have much of an effect on the real world. However with the rise of Serious Gaming, a movement that explores the uses of games beyond "entertainment", video games and the real world have become entwined. Games have already been developed that have helped scientists find planets around distance suns, create new proteins to help fight AIDS, teach about peak oil, and this is only the beginning. The ability of games to now reach out into the real world brings up a tantalizing question. Like puzzles? The term "serious gaming" is a useful, but in some ways unfortunate term. This is what makes the games so vitally important to us.

Game Theory, Popular Science On test day for my Behavioral Ecology class at UCLA, I walked into the classroom bearing an impossibly difficult exam. Rather than being neatly arranged in alternate rows with pen or pencil in hand, my students sat in one tight group, with notes and books and laptops open and available. They were poised to share each other's thoughts and to copy the best answers. As I distributed the tests, the students began to talk and write. All of this would normally be called cheating. But it was completely OK by me. Who in their right mind would condone and encourage cheating among UCLA juniors and seniors? The students began to talk and write. Nevertheless, I'm a realist. Much of evolution and natural selection can be summarized in three short words: "Life is games." So last quarter I had an intriguing thought while preparing my Game Theory lectures. Gasps filled the room. "None," I replied. They could surf the Web. But did the students themselves realize this?

Videos Tagged With 'Serious games' Google Tech Talk (more info below) June 3, 2011 Presented by Jan Plass and Bruce Homer. ABSTRACT Digital Games are pervasive, constantly evolving in their complexity and features, and are heralded by many as an agent for education reform. Arguably, digital games are also among the least understood tools in education, particularly in K-12 settings. Proponents have made a strong case for the pote... Tags: Google Tech Talk, Video Games, digital games, educational games, serious games, Google, GoogleTechTalks Download a Prototype of Ever, Jane, a Video Game That Takes You Inside the Virtual World of Jane Austen A few days ago, 3 Turn Productions finished raising $109,563 (from 1,600 backers) on Kickstarter to fund the development of “Ever, Jane,” a virtual game that allows people to role-play in Regency Period England. 3 Turn describes the gist of their game as follows: Similar to traditional role playing games, we advance our character through experience, but that is where the similarities end. Ever, Jane is about playing the actual character in the game, building stories. Our quests are derived from player’s actions and stories. A description is nice, but a demo is even better. via Metafilter Related Content: As Pride and Prejudice Turns 200, Read Jane Austen’s Manuscripts Online ‘Pride and Prejudice’ Author Jane Austen Will Appear on the £10 Note Jane Austen, Game Theorist: UCLA Poli Sci Prof Finds Shrewd Strategy in “Cluelessness” Long Live Glitch! Find Austen’s works in our collections of Free eBooks and Free Audio Books

A Neurologist Makes the Case for the Video Game Model as a Learning Tool The popularity of video games is not the enemy of education, but rather a model for best teaching strategies. Games insert players at their achievable challenge level and reward player effort and practice with acknowledgement of incremental goal progress, not just final product. The fuel for this process is the pleasure experience related to the release of dopamine. Dopamine Motivation The human brain, much like that of most mammals, has hardwired physiological responses that had survival value at some point in evolutionary progression. The dopamine-reward system is fueled by the brain's recognition of making a successful prediction, choice, or behavioral response. Dopamine is a neurotransmitter that, when released in higher than usual amounts, goes beyond the synapse and flows to other regions of the brain producing a powerful pleasure response. No Pain, No Gain The survival benefit of the dopamine-reward system is building skills and adaptive responses.

How to Plan Instruction Using the Video Game Model Imagine you are placed in the following scenarios: You are dropped off at the top of a ski resort's steepest run when you've only had experience on the beginner slopes. You have to spend your day on the bunny hill when you're an expert skier. In each of these extremes, you would feel either frustrated or bored, depending on your level of achievable challenge. Challenge is a powerful motivator when students take on tasks they find meaningful and, through their efforts and perseverance, succeed. Achievable Challenge Requires Individualization As I wrote in my previous blog, A Neurologist Makes the Case for the Video Game Model as a Learning Tool blog and the accompanying video, the most popular computer games take players through increasingly challenging levels as they became more and more skillful. The video game model is ideal for kids lacking in foundational knowledge, but it is not necessary for all kids at all times. The Role of Scaffolding Demonstrating Incremental Progress