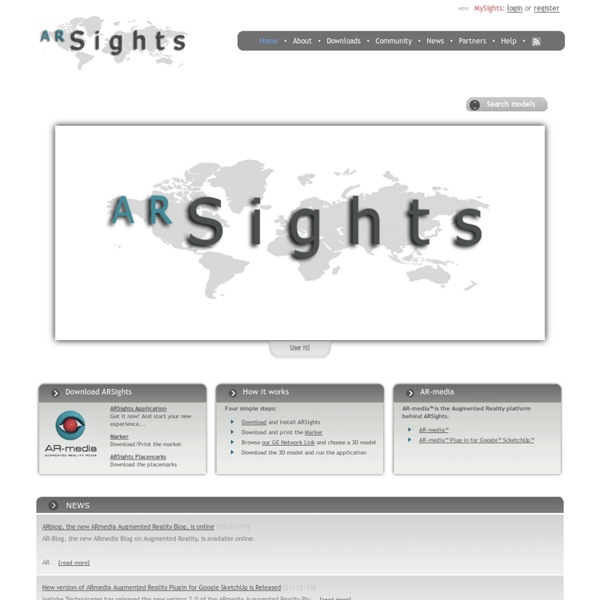 Play-Mod | Mods et Jeux Vidéos indépendants User interface design in video games, diegetic interfaces | the wanderlust.net U ser interface design in games differs from other UI design because it involves an additional element — fiction. The fiction involves an avatar of the actual user, or player. The player becomes an invisible, but key element to the story, much like a narrator in a novel or film. Erik Fagerholt and Magnus Lorentzon explored theories of game UI design in their thesis for Chalmers University of Technology titled: . Diegetic Diegetic user interface elements exist within the game world (fiction and geometry) so the player and avatar can interact with them through visual, audible or haptic means. uses a complete Diegetic UI with no HUD elements to help to support the game’s narrative. The character's watch is used to measure how long the filter in the gas mask will last and how visible he is. Many games get away with using Diegetic patterns because their narrative is set in the future, where UI overlays in daily life are commonly accepted. Meta Spatial Non-diegetic Conclusion Further reading

|AR-media™ Plugin for Trimble SketchUp™| .:: Inglobe Technologies ::. Description With AR-media™ Plugin, Trimble SketchUp™ users are allowed to visualize their 3D models using Augmented Reality directly in the real physical space which surrounds them. In a very precise sense, through AR-media™ Plugin, SketchUp™ 3D models can be visualized out of the digital workspace directly on users' desktop, by connecting a simple webcam and by printing a suitable code. By means of the Exporting feature, users can create and publish augmented reality files autonomously.

Deus Ex: Human Revolution Human Revolution is the first Deus Ex to be released in a long time, so the franchise really had to be revived. Eidos and Square Enix understood this very well. They knew this meant giving the artists a generous amount of creative freedom. "Basically, I think that as long as the game felt like the first Deus Ex, and had a great cyberpunk visual direction, we were allowed to create it without corporate disruptions," explains JJB. "If DX:HR ends up being a great game, it will be due to this unequivocal freedom Eidos and Square Enix entrusted us with. The core design team was full of industry veterans, mostly from Ubisoft Montréal. There were top dogs like Jim Murray, Thierry Doizon (Barontieri), Éric Gagnon, Sébastien Larroudé (Rainart), Brian Dugan (Chippy), Trong-Kim Nguyen, Richard Dumont, Donglu Yu, and François Cannel. These artists were all chosen for their obvious talent, but also for their capacity for designing things. DX:HR is a highly designed game.

Augment | Visualize 3D Models in Augmented Reality Augment is a mobile app that lets you and your customers visualize your 3D models in Augmented Reality, integrated in real time in their actual size and environment. Augment is the perfect Augmented Reality app to boost your sales and bring your print to life in 3 simple steps. Your brand deserves the best. Thanks to its amazing ease of use and visual appeal, Augment is the best rated Augmented Reality app on iOS and Android. The quality you expect for your team and customers. “We were looking for a good working AR app. Sign up to Augment Manager to easily add your own 3D models and trackers and create your own Augmented Reality experiences. Your 3D models can be exported from any 3D software : 3ds Max, Sketchup, Maya, SolidWorks, Cinema 4D etc... Try for FREE Augment is a powerful visualization tool for your sales, design and marketing team. Your team members can login in the Augment app and access all your 3D models offline. Learn More Check our plans & pricing. See Plans & Pricing

Augmented Reality in the Science Classroom | smithsciencegms Check out this VIDEO of Augmented Reality in the Science Classroom! I just finished week one of the new school year. What an exciting four days! Thanks to the ISTE Conference and a series of new connections, this summer was an inspiration. Armed with too many new ideas to implement and a slew of new technologies, I jumped in, iPad first. If you haven’t heard about the augmented reality app Aurasma, get ready because it will blow your mind. Click here for link APPLICATION: Week 1 every year is spent teaching students about laboratory safety procedures and equipment. Augmenting the process proved to be simple. A student uses the iPad to scan an image that brings an informational video to life. On the day that I rolled out the new lesson, the students were so excited. Augmented trigger pictures were placed next to the physical equipment throughout the room. PROCESS: While the process was smooth overall, here are a few valuable lessons I learned along the way. Like this: Like Loading...

Save The Ocean Sim – Project News UPDATE: A PDF version of the tutorial is now available for download. Useful for offline viewing. Click the image above. Well, it’s seems as though there has only been a few people able to figure out the entire process of using the new ocean sim tools along with the foam mask option. Obviously we need a basic “getting started” tutorial so that more people can start getting basic results in order to allow more people to experiment with this new toolset. I’ve put together the basic steps to create an animated ocean mesh with the foam mask material texture added. Mesh/Camera Setup 1. 2. 3. 4. 5. 6. 7. Ocean Modifier 8. 9. 10. 11. 12. 13. Animation 14. Change the Time field to 5 and press enter to confirm. 16. Open the graph editor, select the Time(Ocean) factor and change the interpolation mode to Linear. Materials 17. 18. 19. 20. 21. 22. Rendering a Test Animation. 23. 24. Foam Mask Effect. 25. 26. 27. 28. 29. 30. 31. 32. 33.

Indie Fund Vision – Layar Developer Documentation What is Layar Vision¶ Layar Vision uses detection, tracking and computer vision techniques to augment objects in the physical world. We can tell which objects in the real world are augmented because the fingerprints of the object are preloaded into the application based upon the user’s layer selection. When a user aims their device at an object that matches the fingerprint, we can quickly return the associated AR experience. For more inspirations on Layar Vision capabilities, please check out our blog for latest news. Developers can also download the webinar material where an introduction to Layar Vision was given to help you better understand the concept. Layar Vision is a key extension to the Layar Platform which brings new features and improvements to our developer community and end users. What is the scope of Layar Vision ? Layar Vision will be applied to the following Layar products: How do I integrate Layar Vision into a layer? It is simple to integrate Vision into your Layer. 1. 2.

Augmented Reality Technology Promises Breakthroughs In Education One of the greatest problems now facing humanity is the worrisome lack of quality education for each new generation. In many nations, a quality education is attainable by very few people, and public schools – especially in the United States – suffer from a chronic lack of funding and education reform. Even our most modern, advanced educational institutions are frustratingly outmoded in terms of teaching students. True learning is experiential. An emerging technology promises to make “educational immersion” available to practically everyone. Augmented reality technology holds the promise of immersing individuals in experiential learning environments. The applications are tremendous: students could learn anatomy by walking through a human body and observing the functioning of biological systems through the use of their Human Body or Human Organ Builder Module.

Gameservers, clanservers & gamehosting - i3D.net The Advantages of i3D.net High-end enterprise-level Dell Intel Xeon servers All game servers hosted on 1,000 mbit uplinks No limits on bandwidth and disk space Over 1 million gamers choose i3D.net to play online Free 10,000 MB redirect space Real-time game server statistics All servers online within 20 minutes after receiving payment i3D.net control panel for ease of management Support by phone, mail, tickets and live chat Payment by bank, Credit Card, PayPal or Skrill Your online gaming experience is in good hands at i3D.net. We offer a large variety of ranked and unranked game servers. i3D.net is one of the largest game server providers in the world. If your favorite game is not listed below, please contact support to inquire about hosting your game. i3D.net is open seven days a week and provides support over the phone or through email, ticket or live chat. Trademark notices: Battlefield 4 is a trademark of EA Digital Illusions CE AB.