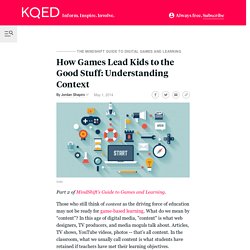 The space ghosts were named Blinky, Pinky, Inky, and Clyde. They were red, pink, orange, and cyan. You may have spent hours in arcades playing Pac-Man during your teenaged years, but do you know the ghosts’ names? Play video games, advance science. Computer gaming is now a regular part of life for many people. 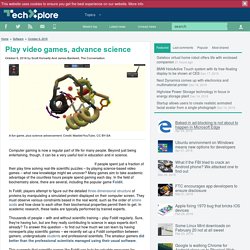 Beyond just being entertaining, though, it can be a very useful tool in education and in science. If people spent just a fraction of their play time solving real-life scientific puzzles – by playing science-based video games – what new knowledge might we uncover? Many games aim to take academic advantage of the countless hours people spend gaming each day. In the field of biochemistry alone, there are several, including the popular game Foldit. In Foldit, players attempt to figure out the detailed three-dimensional structure of proteins by manipulating a simulated protein displayed on their computer screen. Thousands of people – with and without scientific training – play Foldit regularly. Games You Can’t Win. Video Video games are generally associated with guns and explosions — a medium better suited to escapism than intimacy. 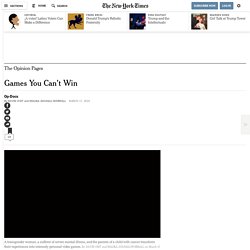 So when we attended a gaming convention a few years ago, we were surprised to see some players displaying profound emotion. The game they were playing was “That Dragon, Cancer,” created by Ryan and Amy Green and a small team to share their story of raising their young son Joel who had been diagnosed with terminal brain cancer. We saw that the response to the game can be unusual. Some players leave the computer speechless and in tears; others finish and seek out the parents, eager to empathize in person, and to comfort. An Interactive Approach To Learning: Gamification And Microlearning - eLearning Industry.

Whether at home or work, we are multitasking more, have less time to spare, and our attention spans are shrinking. 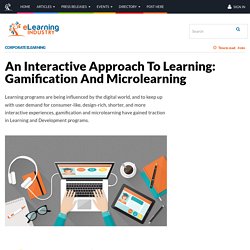 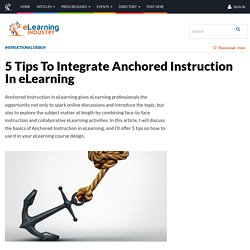 Bransford are the main proponents of the Anchored Instruction Theory, which suggests that an "anchor" can create a "shared experience" that prompts learners to delve into the topic. In eLearning, this anchor usually comes in the form of multimedia content, such as a brief eLearning video or presentation, which serves as a starting point for the eLearning course. It typically contains a case study of a real world problem or challenge that is relevant and relatable for the viewer. Here are 5 tips to integrate Anchored Instruction into your eLearning experiences. Include a relatable and relevant multimedia activity. Innovative-nonprofit-releases-kinesthetic-based-educational-games-geomoto-and-pangean-300158663. 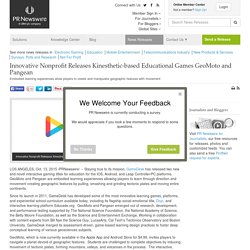 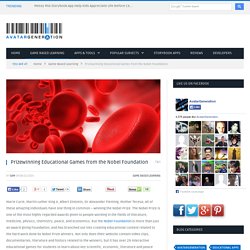 The Nobel Prize is one of the most highly regarded awards given to people working in the fields of literature, medicine, physics, chemistry, peace, and economics. But the Nobel Foundation is more than just an award giving Foundation, and has branched out into creating educational content related to the hard work done by Nobel Prize winners. Radical new economic system will emerge from collapse of capitalism. At the very moment of its ultimate triumph, capitalism will experience the most exquisite of deaths. 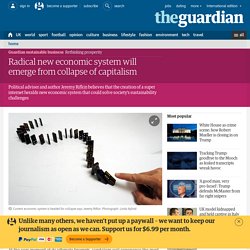 This is the belief of political adviser and author Jeremy Rifkin, who argues the current economic system has become so successful at lowering the costs of production that it has created the very conditions for the destruction of the traditional vertically integrated corporation. Rifkin, who has advised the European Commission, the European Parliament and heads of state, including German chancellor Angela Merkel, says: Education.mit.edu/papers/MovingLearningGamesForward_EdArcade.pdf. Games in Education - Research. Ian Livingstone applies to create 'gaming' school. 9 October 2014Last updated at 10:20 ET By Dave Lee Technology reporter, BBC News Ian Livingstone is known to some as "father" of Tomb Raider Lara Croft British games industry veteran Ian Livingstone has formally applied to launch a free school with lessons built using video gaming. 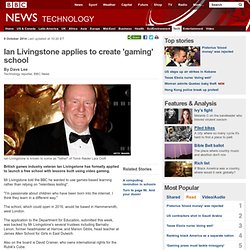 Mr Livingstone told the BBC he wanted to use games-based learning rather than relying on "relentless testing". "I'm passionate about children who have been born into the internet. I think they learn in a different way. " All Fun & Games? Understanding Learner Outcomes Through Educational Games. Over the past several years, there has been tremendous interest among educators in the use of digital games as serious learning. 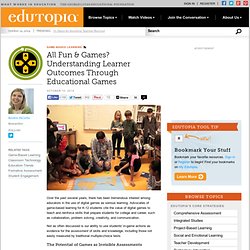 Advocates of game-based learning for K-12 students cite the value of digital games to teach and reinforce skills that prepare students for college and career, such as collaboration, problem solving, creativity, and communication. Not as often discussed is our ability to use students' in-game actions as evidence for the assessment of skills and knowledge, including those not easily measured by traditional multiple-choice tests.

The Potential of Games as Invisible Assessments Traditional assessment methods often require teachers to interrupt classroom learning and administer tests. Researchers Harness Brain Game Data. The activities of cognitive training enthusiasts give insight into the effects of lifestyle choices and age on the brain’s performance. FLICKR, HEY PAUL STUDIOSScientists from California’s Lumos Labs, maker of Web-based brain training games, are gathering data from online users to make connections between cognitive performance, lifestyle choices, and aging, according to a paper published last week (June 20) in Frontiers in Human Neuroscience. For tasks testing memory and arithmetic skills—each completed by around 127,000 to 162,000 users who took a lifestyle survey—the researchers found that high performance correlated with drinking one or two alcoholic beverages per day and sleeping around 7 hours a night.

The researchers also analyzed data from the subset of users who completed individual tasks at least 25 times, in order to measure the relationship between learning ability and age. Download a Prototype of Ever, Jane, a Video Game That Takes You Inside the Virtual World of Jane Austen. A few days ago, 3 Turn Productions finished raising $109,563 (from 1,600 backers) on Kickstarter to fund the development of “Ever, Jane,” a virtual game that allows people to role-play in Regency Period England. 3 Turn describes the gist of their game as follows: Similar to traditional role playing games, we advance our character through experience, but that is where the similarities end. Ever, Jane is about playing the actual character in the game, building stories. Our quests are derived from player’s actions and stories.

And we gossip rather than swords and magic to demolish our enemies and aid our friends.Try to win the sympathy of Lizzie Bennet by telling lies about your rival, as Mr. Wickham does, but be careful. A description is nice, but a demo is even better. Via Metafilter. Videos Tagged With 'Serious games' Google Tech Talk (more info below) June 3, 2011 Presented by Jan Plass and Bruce Homer. Learning Analytic for Digital Game-Based Learning. There is an overlooked opportunity in games – big data generated in the interactions through gaming. Metadata Games. About : Metadata Games. Game Theory, Popular Science. On test day for my Behavioral Ecology class at UCLA, I walked into the classroom bearing an impossibly difficult exam. Game Archive. Solving the World - Serious Games Require Serious Gamers. Every day gamers go into fictional spaces to save the world. They go on quests to save the Mario Galaxy, battle evil in Azeroth, and improve their lots in Farmville.

Millions of gamers spend in the area of 3 billion hours a week solving the difficult and challenging problems of hundreds of fictional worlds and thousands of quests. Researcher Links to Play and Game Research Organizations. How Video Games Are Changing Education. Activities, Initiative Games & Problem Solving Exercises. Sustainability Learning through Gaming. I’ve long been looking for approaches that use gameplay to engage in sustainability. Social Education Information. Game Based Learning. Game Design in Learning. Serious Games: Psychiatry. PBS KIDS: Educational Games, Videos and Activities For Kids! Games For Learning Institute. Playful Learning. Playforce.org - Playforce: Learning from the games we play. Math Videos, Games, and Worksheets for the Common Core.

Video games that teach science. Serious Games Directory BETA. Center for Games & Impact. The Registry of Simulations and Serious Games. “8 Tips for Measuring the Impact of Serious Games” Serious games are great! When you play them, the good ones (!!) , you get the feeling that they are a breakthrough in learning. They “feel” like they are doing much more than traditional teaching and training approaches have done in the past. Games for Change is the leading global advocate for supporting and making games for social impact. Top 100 Learning Game Resources.

Reviews and Ratings for Family Movies, TV Shows, Websites, Video Games, Books and Music. The online classification of videogames. Games & Simulation for Healthcare. Most Recent Additions. Playing History. Historical simulation games in the classroom. How to Plan Instruction Using the Video Game Model. Imagine you are placed in the following scenarios: You are dropped off at the top of a ski resort's steepest run when you've only had experience on the beginner slopes. You have to spend your day on the bunny hill when you're an expert skier. You play a game of darts with the target two feet away. You play a game of darts with the target 200 feet away.

You are a 3rd grade student trying to do a crossword puzzle designed for experts. A Neurologist Makes the Case for the Video Game Model as a Learning Tool. The popularity of video games is not the enemy of education, but rather a model for best teaching strategies.