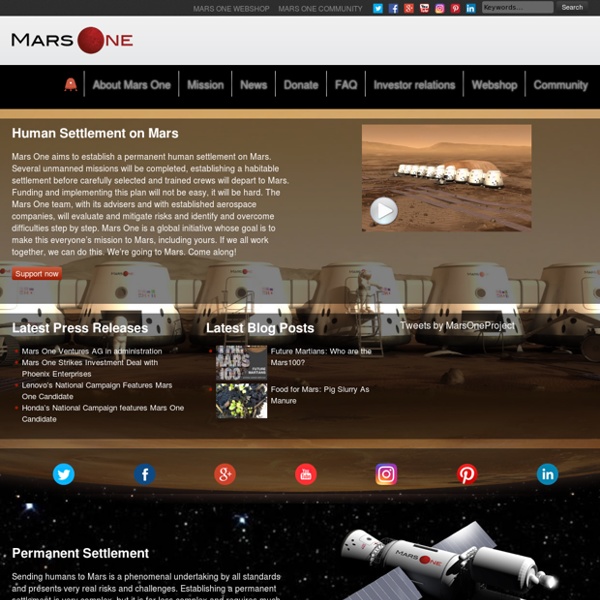 Astronomer Captures Enormous True-Color Photo of Night Sky Armed with a Laptop and Six Digital Cameras, an Amateur Astronomer Created a 5,000-Megapixel Panorama of the Universe from Tens of Thousands of Digital Images The Milky Way Galaxy. Image courtesy Nick Risinger. (Flickr image) On his way to snapping 37,440 digital photos, Nick Risinger never once asked anyone to look at his camera and smile. Risinger’s subjects were the millions upon millions of stars and solar systems and galaxies filling the night sky. Astrobiology: Life in the Universe Motivated by the rapidly increasing number of known Earth-sized planets, the increasing range of extreme conditions in which life on Earth can persist, and the progress toward a technology that will ultimately enable the search for life on exoplanets, the Vatican Observatory and the Steward Observatory announce a major conference entitled The Search for Life Beyond the Solar System: Exoplanets, Biosignatures & Instruments. The goal of the conference is to bring together the interdisciplinary community required to address this multi-faceted challenge: experts on exoplanet observations, early and extreme life on Earth, atmospheric biosignatures, and planet-finding telescopes. The sessions of the five-day meeting will include invited review and contributed talks, followed by extended discussions. There will be posters, but no parallel sessions. We will limit the number of attendees to 250 to allow interactions between the participants.

SpaceX Mars transportation infrastructure Elon Musk and SpaceX have proposed the development of Mars transportation infrastructure in order to facilitate the eventual colonization of Mars. The design includes fully reusable launch vehicles, human-rated spacecraft, on-orbit propellant tankers, rapid-turnaround launch/landing mounts, and local production of rocket fuel on Mars via in situ resource utilization (ISRU). SpaceX's aspirational goal is to land the first humans on Mars by 2024.[1][2] SpaceX intends to concentrate its resources on the transportation part of the Mars colonization project, including the design of a Sabatier propellant plant that will be deployed on Mars to synthesize methane and liquid oxygen as rocket propellants from the local supply of atmospheric carbon dioxide and ground-accessible water ice.

The Awesome Margaret Hamilton This is a real concern. SCORE 148 "How do I have friends?" Private Spaceship Builder Wants to Go to Mars — To Save Humanity A private spaceflight company is dead serious about taking astronauts to Mars, saying that the very survival of humanity depends on settling other planets. Space Exploration Technologies — better known as SpaceX — was founded primarily to help humankind establish a lasting presence beyond Earth, according to millionaire entrepreneur Elon Musk, SpaceX's CEO and founder. Such expansion is necessary to safeguard our species over the long haul, he added. "Ultimately, the thing that is super-important in the grand scale of history is, are we on a path to becoming a multiplanet species or not?"

The Search Is On For Alien Signals Around Tabby's Star - Universe Today There’s a remote chance that inexplicable light variations in a star in the Northern Cross may be caused by the works of an alien civilization. 1,480 light years from Earth twinkles one of the greatest mysteries of recent times. There in the constellation Cygnus the Swan, you’ll find a dim, ordinary-looking point of light with an innocent sounding name — Tabby’s Star. Named for Louisiana State University astronomer Tabetha Boyajian, who was the lead author on a paper about its behavior, this star has so confounded astronomers with its unpredictable ups and downs in its brightness, they’ve gone to war on the object, drilling down on it with everything from the Hubble to the monster 393.7-inch (10-meter) Keck Telescope in Hawaii. Tabby’s Star was uncovered by the Kepler Space Telescope during its examination of of more than 150,000 stars in the Milky Way.

MSLED: Micro Subglacial Lake Exploration Device The MSLED project runs out of the Extreme Environments Robotics and Instrumentation Lab (link is external) at Arizona State University under the direction of Dr. Alberto Behar from the NASA Jet Propulsion Laboratory. MSLED is working with WISSARD (Whillans Ice Stream Subglacial Access Research Drilling) and will be the first instrument to explore a subglacial lake outside of the borehole profile. MLSED is largely funded by the National Science Foundation with contributions from JPL and ASU. This project is largely operated by under graduate students designing and building micro submarines to explore the lakes that have been under the ice for hundreds of thousands of years. Project Overview

Discovery: Fish Live beneath Antarctica Stunned researchers in Antarctica have discovered fish and other aquatic animals living in perpetual darkness and cold, beneath a roof of ice 740 meters thick. The animals inhabit a wedge of seawater only 10 meters deep, sealed between the ice above and a barren, rocky seafloor below—a location so remote and hostile the many scientists expected to find nothing but scant microbial life. A team of ice drillers and scientists made the discovery after lowering a small, custom-built robot down a narrow hole they bored through the Ross Ice Shelf, a slab of glacial ice the size of France that hangs off the coastline of Antarctica and floats on the ocean.

The Physics Defying EmDrive Just Passed Peer Review. Here's What You Need to Know A Contentious Technology Documents were leaked earlier this month about NASA’s study of a proposed EmDrive. It generated the usual host of reactions, ranging from “it totally works” hype to outright dismissal. European Extremely Large Telescope "CODEX" redirects here. For the type of book, see Codex. The European Extremely Large Telescope (E-ELT) is a ground-based extremely large telescope for the optical/near-infrared range, currently being built by the European Southern Observatory (ESO) on top of Cerro Armazones in the Atacama Desert of northern Chile.

The Kessler Syndrome Explained The Kessler Syndrome: 10 Interesting and Disturbing Facts Low Earth Orbit, an area of outer space around Earth that encloses all orbits below 2000 km, is the home of the International Space Station and of other thousands of satellites. It is also becoming a hazardous arena littered with mindless space junk and inoperable spacecraft orbiting at outrageous speeds. It’s a reality quite like Alfonso Cuarón’s film Gravity, and it’s called The Kessler Syndrome.