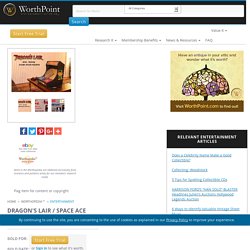 This machine, as well as the Fix it Felix two player machine I have listed here on ebay, are by far my greatest achievements and just purely a “DREAM” mini arcade machine. Dragon's Lair has always had a special place in my gaming history. I was so blown away by the animations and insanely beautiful graphics and sound when I first saw it at a local arcade. This game was always 2 quarters and considered the game for "ballers" ha ha. I still did whatever I had to do to get those quarters and play as Dirk the Daring and save the princess. Photos in approximately 2-4 weeks. Desktop images from the Classic 1983 Arcade Game Dragon's Lair. Dragon's Lair - The Arcade Game Dragon's Lair was a revolutionary arcade game, created back in 1983 by Cinematronics. 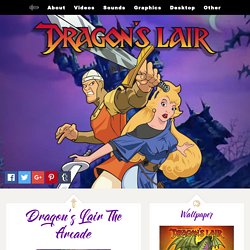 It was the first video game to feature fully animated characters, as opposed to blocky pixel-based sprites. The game relied on the latest Laserdisc technology and featured the artwork of former Disney animator, Don Bluth (whose previous works included The Secret of Nimh, An American Tail and The Land Before Time). Players were now able to see Dirk the Daring as a fully animated character. Watching someone play the game, is like watching an animated movie. 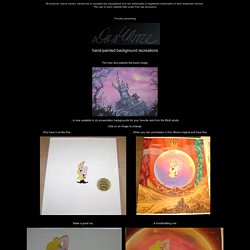 The use of such material falls under Fair use provisions. Proudly presenting Don Moore hand-painted background recreations The man who painted this iconic image: ...Is now available to do presentation backgrounds for your favorite cels from the Bluth studio. Dragon's Lair Similar Games. 45+ Extraordinary Examples of Whiteboard Art. A whiteboard is an excellent tool for making an interactive and visual presentation during meetings and training classes. 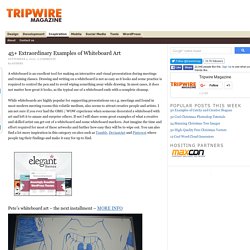 Drawing and writing on a whiteboard is not as easy as it looks and some practice is required to control the pen and to avoid wiping something away while drawing. In most cases, it does not matter how great it looks, as the typical use of a whiteboard ends with a complete cleanup. While whiteboards are highly popular for supporting presentations on e.g. meetings and found in most modern meeting rooms this volatile medium, also seems to attract creative people and artists. I am not sure if you ever had the OMG / WOW experience when someone decorated a whiteboard with art and left it to amaze and surprise others. #492741 - animated, big macintosh, crossover, derpy hooves, don bluth, dragon's lair, knight, mac the massive, ponies: the anthology 3, princess daphne, princess derpy, safe, spike, spikezilla, upvotes galore, wall of faves - Derpibooru - My Little Pony: Dragon's Lair / Space Ace Reunion (formerly "Twin Cabinets")

[Updated title to reflect the fact that most of the details in this thread are about my cabinet. 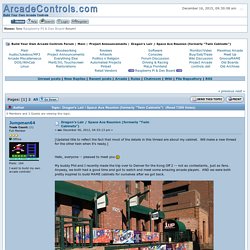 Will make a new thread for the other twin when it's ready.] Hello, everyone -- pleased to meet you My buddy Phil and I recently made the trip over to Denver for the Kong Off 2 -- not as contestants, just as fans. Anyway, we both had a good time and got to watch and meet some amazing arcade players. AND we were both pretty inspired to build MAME cabinets for ourselves after we got back. I have assembled a kit from Rec Room Masters for our office break room in the past, but this one he and I both wanted to be a bit more "real". 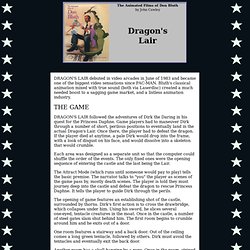 Bluth's classical animation mixed with true sound (both via Laserdisc) created a much needed boost to a sagging game market, and a listless animation industry. DRAGON'S LAIR followed the adventures of Dirk the Daring in his quest for the Princess Daphne. Game players had to maneuver Dirk through a number of short, perilous positions to eventually land in the actual Dragon's Lair.

Once there, the player had to defeat the dragon. If the player died at anytime, a pale Dirk would drop into the frame, with a look of disgust on his face, and would dissolve into a skeleton that would crumble. Each area was designed as a separate unit so that the computer could shuffle the order of the events. The Attract Mode (which runs until someone would pay to play) tells the basic premise. 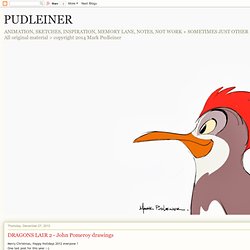 One last post for this year :-) While working at Don Bluth Studios for the earlier part of my career I was fortunate enough to be able to work and learn from some amazing talent. As mentioned in earlier posts, John Pomeroy was the artistic leader and I always found him open to pass on any tips and encouragement. He was extremely busy and when you were able to have a moment with him as he talked about the art of animation, it was always very enlightening and positive. There was always this excitement and passion and you could tell he loved what he was working on. Bluth Misc. Don Bluth. Kevin Noonchester.com Don Moore Original Handpainted Animation Backgrounds. 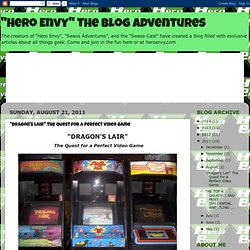 I’ve always loved video games! My entire young life revolved around them. Even in my earliest memories I had hand held games with blinking lights such as "Fabulous Fred" or "Micro Vision". It was the middle of June and our mother had just come back from shopping. Even though the Atari was fun it still didn’t hold a candle to the arcades. Level 1 -- 1983 Dream Machine continued to bring in new games and back in those days before the internet, you would just show up and hope to see a new game with better graphics. For those reading this blog but are not familiar with this game let me take a step back and give you a brief history. The story of the game was simple: Players control Dirk the Daring, trying to rescue Princess Daphne from the evil dragon Singe. 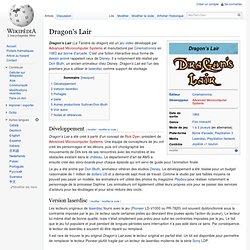 Dragon's Lair - Videogame by Cinematronics. Dragon's Lair Description Dirk The Daring travels, searching through a castle for Princess Daphne who has been kidnapped by Singe The Dragon. Cinematronics' first laserdisc game done by former Disney animator, Don Bluth. Very popular. Cinematronics, the Dragon's Lair maker, released 31 different machines in our database under this trade name, starting in 1976. Other machines made by Cinematronics during the time period Dragon's Lair was produced include Brix, Cosmic Chasm, Hovercraft, World Series Baseball, Express Delivery, War Of The Worlds, Freeze, Zzyzzyxx, Jack The Giantkiller, and Solar Quest. 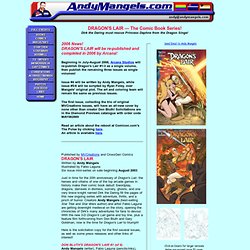