The End of Sanctuary in Space — War Is Boring. By BRIAN WEEDEN The U.S. national security space community is implementing its 2011 strategy for protecting space capabilities as a result of the perceived increase in threat posed by the development of counterspace capabilities among potential adversaries. 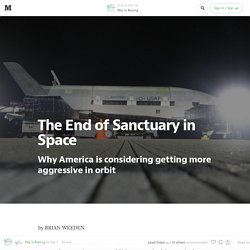 The strategy includes multiple elements for developing international norms of behavior, enhancing commercial and allied cooperation, increasing resilience and deterring and defeating attacks. New evidence suggests that the implementation effort may be focusing primarily on deterring and defeating attacks, and may include the development of “active defenses” and new offensive counterspace systems. While there may be a valid role for these capabilities, much depends on the details of how they are pursued, and how they will support other elements of the strategy. We live in an age of proliferating anti-satellite capabilities. That has now changed. That should be seen as a virtue and not a defect. Space sanctuary Space control. The Arms Race Goes Hypersonic. With grainy photographs of China's new drones and manned stealth fighters trickling onto the Internet every few months, Beijing's rapid military modernization has become a reliable source of anxiety in Western capitals. 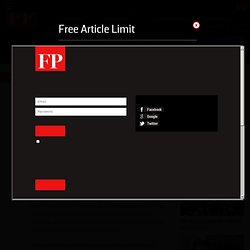 But there's one area of military technology you've probably never heard of, where a new and potentially dangerous arms race is brewing and where a crisis could touch off rapid and uncontrollable escalation. The arena for this contest is the obscure military technology of ultra-fast, long-range -- or boost-glide -- weaponry. Such weapons are designed to be launched -- or "boosted" -- by large rockets.

All U.S. tests, for example, have used repurposed long-range ballistic missiles that, in a former life, were used to threaten the Soviet Union with nuclear warheads. Woohoo, It's the Future of War! Since the beginning of human history, humans have bickered constantly over territory, resources, and power. 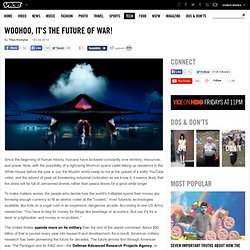 Now, with the possibility of a right-wing Mormon space cadet taking up residence in the White House before the year is out, the Muslim world ready to riot at the upload of a shitty YouTube video, and the advent of peak oil threatening industrial civilization as we know it, it seems likely that the skies will be full of unmanned drones rather than peace doves for a good while longer. To make matters worse, the people who decide how the world's militaries spend their money are throwing enough currency to fill an atomic crater at the "coolest,” most futuristic technologies available, like kids on a sugar rush in an expensive, dangerous arcade. According to one US Army researcher, “You have to beg for money for things like beanbags or acoustics. But say it’s for a laser or a lightsaber, and money is no problem.” Fair point, Rob, you wouldn't even know the bastards were coming. “Robots? 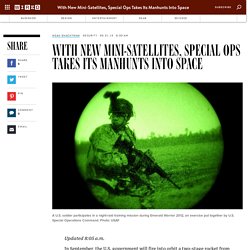 In September, the U.S. government will fire into orbit a two-stage rocket from a Virginia launchpad. Officially, the mission is a scientific one, designed to improve America’s ability to send small satellites into space quickly and cheaply. But the launch will also have a second purpose: to help the elite forces of U.S. Special Operations Command hunt down people considered to be dangerous to the United States and its interests. For years, special operators have used tiny “tags” to clandestinely mark their prey — and satellites to relay information from those beacons. The officers in charge of SOCOM say their forces will soon do less manhunting, and more training of foreign troops.

This isn’t SOCOM’s first mini-satellite. Space warfare and the future of US global power - Opinion. It's 2025 and an American "triple canopy" of advanced surveillance and armed drones fills the heavens from the lower- to the exo-atmosphere. 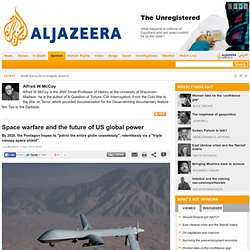 A wonder of the modern age, it can deliver its weaponry anywhere on the planet with staggering speed, knock out an enemy's satellite communications system, or follow individuals biometrically for great distances. Along with the country's advanced cyberwar capacity, it's also the most sophisticated militarised information system ever created and an insurance policy for US global dominion deep into the 21st century. It's the future as the Pentagon imagines it; it's under development; and Americans know nothing about it. They are still operating in another age. "Our Navy is smaller now than at any time since 1917," complained Republican candidate Mitt Romney during the last presidential debate. While the technological changes involved are nothing less than revolutionary, they have deep historical roots in a distinctive style of American global power.