NASA confirms ancient lakes existed on Mars 2 to 3 billion years ago. Billions of years ago, there were lakes shimmering on Mars. 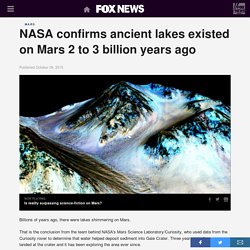 That is the conclusion from the team behind NASA's Mars Science Laboratory/Curiosity, who used data from the Curiosity rover to determine that water helped deposit sediment into Gale Crater. Three years ago, the rover landed at the crater and it has been exploring the area ever since. "Observations from the rover suggest that a series of long-lived streams and lakes existed at some point between about 3.8 to 3.3 billion years ago, delivering sediment that slowly built up the lower layers of Mount Sharp," said Ashwin Vasavada, Mars Science Laboratory project scientist at NASA's Jet Propulsion Laboratory in Pasadena, Calif, and co-author of the new Science article to be published Friday, in a press release.

The findings build upon previous work that suggested there were ancient lakes on Mars and offers the latest proof that the Red Planet was wet. Last month, NASA scientists confirmed that water flowed on Mars. Theastronautnetwork.tumblr.com. A black hole in the Orion Nebula? The Rose. The spinning vortex of Saturn's north polar storm resembles a deep red rose of giant proportions surrounded by green foliage in this false-color image from NASA's Cassini spacecraft. 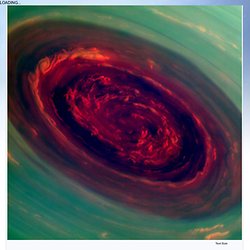 Measurements have sized the eye at a staggering 1,250 miles (2,000 kilometers) across with cloud speeds as fast as 330 miles per hour (150 meters per second). This image is among the first sunlit views of Saturn's north pole captured by Cassini's imaging cameras. When the spacecraft arrived in the Saturnian system in 2004, it was northern winter and the north pole was in darkness. Cassini Sees Saturn Storm's Explosive Power. Red Ice Creations - Solar system. Interactive Sky Map. SLOOH SpaceCamera - Live Event. Exploring the Myths of "Settled Science" Raw: Russian Cargo Ship Docks With Space Station.

Cassini reveals new images of Saturn's rings 2013. Types of Stars. Want to stay on top of all the space news? 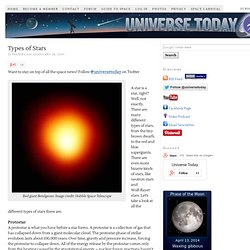 Follow @universetoday on Twitter Red giant Betelgeuse. Image credit: Hubble Space Telescope A star is a star, right? Well, not exactly. Protostar A protostar is what you have before a star forms. T Tauri Star A T Tauri star is stage in a star’s formation and evolution right before it becomes a main sequence star. Main Sequence Star The majority of all stars in our galaxy, and even the Universe, are main sequence stars. Journal of Cosmology. 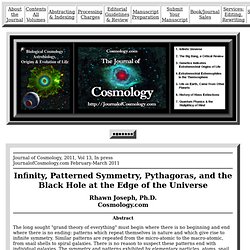 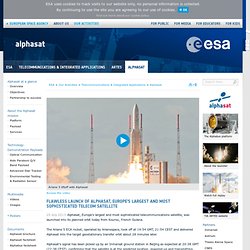 Orion.jpg (1598×2400) Skynet University - Use Our Telescopes From Anywhere! Star trails, including the Large and Small Magellanic Clouds, over Skynet’s 32-inch diameter PROMPT-C7 telescope at Cerro Tololo Inter-American Observatory in the Chilean Andes. 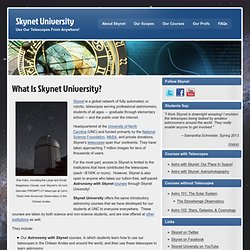 Skynet is a global network of fully automated, or robotic, telescopes serving professional astronomers, students of all ages — graduate through elementary school — and the public over the internet. Headquartered at the University of North Carolina (UNC) and funded primarily by the National Science Foundation, NASA, and private donations, Skynet’s telescopes span four continents. They have taken approaching 7 million images for tens of thousands of users. The Allen Telescope Array. The Allen Telescope Array (ATA) is a “Large Number of Small Dishes” (LNSD) array designed to be highly effective for simultaneous surveys undertaken for SETI projects (Search for Extraterrestrial Intelligence) at centimeter wavelengths. 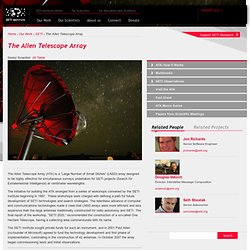 The initiative for building the ATA emerged from a series of workshops convened by the SETI Institute beginning in 1997. These workshops were charged with defining a path for future development of SETI technologies and search strategies. The relentless advance of computer and communications technologies made it clear that LNSD arrays were more efficient and less expensive than the large antennas traditionally constructed for radio astronomy and SETI. Penguin-Shaped Galaxy Collision Spotted By Hubble. Scale of Earth, Sun, Rigel, and VY Canis Majoris. [full zoom at the end]