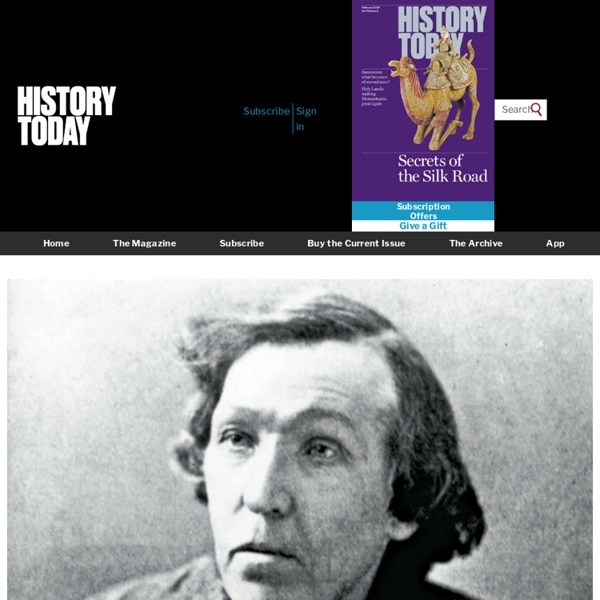 Teaching With Documents Skip Navigation. Teachers Home > Teachers' Resources > Teaching With Documents Boudicca Boudicca "She was huge of frame, terrifying of aspect, and with a harsh voice. A great mass of bright red hair fell to her knees: she wore a twisted torc, and a tunic of many colours, over which was a thick mantle, fastened by a brooch. Now she grasped a spear, to strike fear into all who watched her." Dio Cassius Parham Blog Hi, and welcome to the first edition of our family E-Newsletter. This is the April 2013 edition and we will be sending these out monthly around the middle of each month. This is a newsletter to keep you informed of our progress in bringing together the Parham Family records of the descendants of Edmund Parham and Sarah Copis.

Nazi Propaganda (1933-1945) Nazi Propaganda: 1933-1945 Propaganda was central to National Socialist Germany. This page is a collection of English translations of Nazi propaganda for the period 1933-1945, part of a larger site on German propaganda. The goal is to help people understand the great totalitarian systems of the twentieth century by giving them access to primary material. Epic databases Kia ora and welcome to EPIC. EPIC is a venture between New Zealand libraries and the Ministry of Education, giving schools free access to a worldwide range of electronic resources. EPIC resources are purchased annually through the EPIC consortium on a subscription basis by the Ministry of Education for access by all New Zealand schools. What is available? Through EPIC schools can access databases containing curriculum related content from thousands of up-to-date, full text international and New Zealand magazines, newspapers, biographies, substantial reference works, images, e-books, multi-media resources and much more.

Gettysburg Animated Map « Back to Maps | More on Gettysburg » « View All Animated Maps | More Animated Maps: JavaScript and Adobe Flash 9 are required to view the CWPT Animated Maps. Watch our animated map of the Battle of Gettysburg, produced by Wide Awake Films. Learn more about this important Civil War battle in Pennsylvania. Greatest Inventions - The Evolution of Man through History As of July 1, 2013 ThinkQuest has been discontinued. We would like to thank everyone for being a part of the ThinkQuest global community: Students - For your limitless creativity and innovation, which inspires us all. The Holocaust - Yad Vashem The Holocaust Resource Center The Holocaust Resource Center provides you with easy access to in-depth information about the Holocaust. It can help you integrating the info you already have.

How All 50 States Got Their Names Alabama Before Europeans landed on American shores, the upper stretches of the Alabama River in present-day Alabama used to be the home lands of a Native American tribe called – drum roll, please – the Alabama (Albaamaha in their own tribal language). The river and the state both take their names from the tribe, that's clear enough, but the meaning of the name was another matter. Jan Hus Jan Hus (Czech pronunciation: [ˈjan ˈɦus] ( ); c. 1369 – 6 July 1415), often referred to in English as John Hus or John Huss, was a Czech priest, philosopher, reformer, and master at Charles University in Prague. After John Wycliffe, the theorist of ecclesiastical Reformation, Hus is considered the first Church reformer, as he lived before Luther, Calvin, and Zwingli. He was burned at the stake for heresy against the doctrines of the Catholic Church, including those on ecclesiology, the Eucharist, and other theological topics. Hus was a key predecessor to the Protestant movement of the sixteenth century, and his teachings had a strong influence on the states of Europe, most immediately in the approval of a reformist Bohemian religious denomination, and, more than a century later, on Martin Luther himself.[1] Early life[edit]

Internet History Sourcebooks Internet Modern History Sourcebook Editor: Paul Halsall See Introduction for an explanation of the Sourcebook's goals. Explanation of Sources of Material Here. See the Help! page for all the help on research I can offer. Forty Remarkable Native American Portraits by Frank A. Rinehart from 1899. - Flashbak Flashbak Frank Albert Rinehart was born in Lodi, Illinois in 1861. At some point in the 1870s he and his brother moved to Colorado and started working at a photography studio in Denver. When he was about twenty, Frank and his brother formed a partnership with the famous Western photographer William Henry Jackson. It was under Jackson that Rinehart perfected his, not inconsiderable professional photography skills. However Frank also became particularly interested in Native American culture. In 1898 Rinehart was commissioned to photograph the Indian Congress, which was held in conjunction with the Trans-Missisippi and International Exposition, and the Native American personalities who were attending it.

The History of the Internet in a Nutshell By Cameron Chapman If you’re reading this article, it’s likely that you spend a fair amount of time online. However, considering how much of an influence the Internet has in our daily lives, how many of us actually know the story of how it got its start? Here’s a brief history of the Internet, including important dates, people, projects, sites, and other information that should give you at least a partial picture of what this thing we call the Internet really is, and where it came from.

A People's History of the United States Summary Throughout A People's History of the United States, Howard Zinn blends critical approaches. The book's twenty-five chapters move from the European discovery of North America through the year 2000, evoking American history in a roughly chronological sequence. However, each chapter also has a topical focus, which allows Zinn to trace distinct but intersecting lines of historical influence. Zinn uses these intersections of time and topic as a combination of springboard and platform: he inserts extended meditations on key themes where they grow logically from the narrative of the people's history.