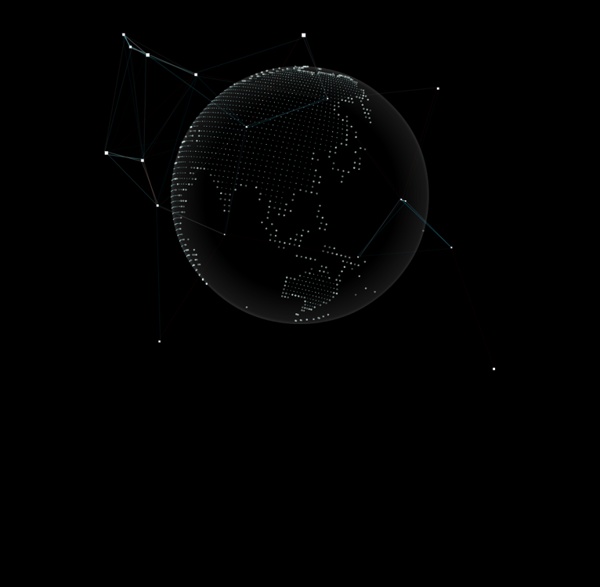 In the video game Watch_Dogs, the city of Chicago is run by a Central Operating System (CTOS). This system uses data to manage the entire city and to solve complex problems,such as traffic,crime, power distribution and more... This is not fiction anymore. Smart cities are real, it’s happening now. Huge amounts of data are collected and managed every day in our modern cities, and this data is available to anyone. Watch_Dogs WeareData is the first website to gather publicly available data about Paris, London and Berlin, in one location.

User-Centered Data Visualization. Part 4 – The Experiment - D3 Visualizing data instead of presenting them as ASCII in lists or tables makes sense because we’re much better in processing graphical than numerical data (the so-called pictorial superiority effect). Also, graphical visualizations are considered to be more attractive. While most people agree on this, there is a war out there between folks saying that data visualizations have to become more attractive and creative because that’s what the market wants and folks that insist that any visualization that is not according to ergonomic standards is a bad visualization. So the question seems to be: are principles of good data visualization timeless or do they go with the zeitgeist? Take pie charts, for example.

Web 1.0 vs Web 2.0 vs Web 3.0 vs Web 4.0 vs Web 5.0 – A bird’s eye on the evolution and definition Do you know the answer to the next simple question? “What do you know about web 2.0 technology?” What’s so interesting about this video, is the simple fact that none of these so called digital natives are familiar with the term web 2.0. Foursquare Time Machine turns your trips into pretty infographics Given the recent concerns in the media regarding personal privacy, services designed to make your private life more transparent and shareable will likely have to work harder than ever to convince new users to willingly give up their data. Foursquare, a company that has been facing this challenge for years, has just unveiled a new tool that could make the process of sharing your private information a bit more fun. Foursquare Time Machine is a data visualization tool that takes your check-ins and colorfully animates them on an interactive map. Each check-in on the map is represented by a color-coded pulse circle and connected by a line that leads to the next check-in. During the playback of a user's timeline, any one point can be zoomed in on and examined, turning the display from an overhead view to a horizon view, with all your pinpoint check-ins still visible as colorful arches spread across the map.

Remote-Controlled Floating Pool Tray Who doesn't enjoy floating around in the pool all afternoon on aa sweltering hot summer day? Now who wants to get up and walk all the way to the fridge to get another beer or soda? It's really too much effort on a beautiful day, Well you could always use the new Remote-Controlled Floating Pool Tray! This little R/C serving tray is seriously too cool for the pool. It features 5 cup holders with a 16 oz. serving bowl in the middle that you drive around pool in any direction with the included remote control. Even better, when you run out of food and drinks again, just drive it to the edge of the pool and call out for a refill.

The Gamification of Poverty I’ve been unemployed for just one month, and already I’ve sent my only child to school crying because other kids make fun of him for being on the free lunch program, driven away from a fender bender with a parked car because I didn’t have the money to pay for the accident (luckily no one was around), been fired from my temp job for talking to a union organizer, put my kid’s dog to sleep because we couldn’t afford its medical care, and applied for food stamps—which won’t arrive until next month. I’m not proud of myself, but this is what it takes to survive as a poor person in America—and now I know, because I played the game Spent, designed by Jenny Nicholson, herself once a child who grew up in poverty. Sponsored by the advertising firm McKinney and Urban Ministries of Durham, which helps people in poverty, Spent is designed to show that when you have no money, you have to make really hard choices. Games, it turns out, aren’t necessarily about entertainment. [via Fast Company]

Interactive Visualizations I. Introduction We learn from out failure in order to maximize success …. It sounds good especially if you think what is most important in characterizing an entrepreneurship mindset is. I started a couple of months ago to focus on incubators and start-ups with a picture in my mind to identify and thus grasp the network of entrepreneurs in France. Being really interested by the topic and fan of entrepreneurship, I initially intended to draw a first mapping in order to realize if we have a dense network of entrepreneurs in France or if the migration flow of French citizens moving to Silicon Valley or London is still increasing.