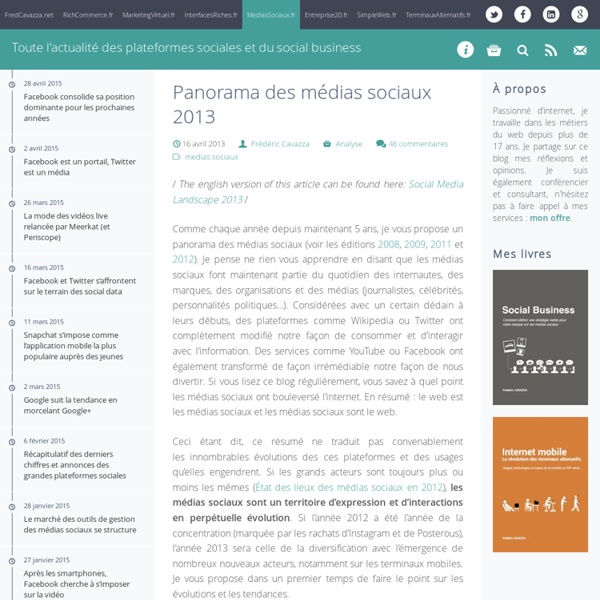 How to End Google’s Monopoly – Shane Greenup – Medium Over a year ago I said Google would never implement a fact based assessment in their algorithm because I thought they would understand that making such a change would be the first step to losing their search monopoly. I was wrong. It’s still uncertain exactly what they have implemented since Google tends to not tell people how their algorithm works, but they did make an announcement back in April that they would be taking measures to punish “low quality content” such as misleading information, offensive results, hoaxes and conspiracy theories.

Is Google Making Us Stupid? - Nicholas Carr Illustration by Guy Billout "Dave, stop. Stop, will you? Stop, Dave. Will you stop, Dave?” So the supercomputer HAL pleads with the implacable astronaut Dave Bowman in a famous and weirdly poignant scene toward the end of Stanley Kubrick’s 2001: A Space Odyssey. Children’s privacy rights are prominent in the Data Protection Bill but there’s many a slip… Last week, the UK government announced its plans for a new Data Protection Bill that would give people “more control over their personal data” and enable them to be be “better protected in the digital age.” LSE’s Sonia Livingstone looks the implications of the Bill for child rights and highlights areas that might need more work. Unexpectedly for many interested observers, in these slow days of summer, the government has suddenly announced its statement of intent regarding the Data Protection Bill that will bring the European General Data Protection Regulation into UK law by next year.

'Canned hunting': the lions bred for slaughter They are adorably cute, with grubby brown fur so soft it seems to slip through my fingers like flour. It is only when one of the nine-week-old cubs playfully grabs my arm with its teeth and squeezes with an agonising grip that I remember – this is a lion, a wild animal. These four cubs are not wild, however. They are kept in a small pen behind the Lion's Den, a pub on a ranch in desolate countryside 75 miles south of Johannesburg. Tourists stop to pet them but most visitors do not venture over the hill, where the ranch has pens holding nearly 50 juvenile and fully-grown lions, and two tigers.

Eventful Montreal Add Event partner The Radicalization of Utopian Dreams When you listen to people in tech talk about the future of labor, they will tell you that AI is taking over all of the jobs. What they gloss over is the gendered dynamics of the labor force. Many of the shortages in the workforce stem from labor that is culturally gendered “feminine” and seen as low-status. There’s no conception of how workforce dynamics in tech are also gendered. Furthermore, anxieties about automation don’t tend to focus on work that is seen as the work of immigrants, even at a time when immigration is a hotly contested conversation. 15 Digital Media Resources You May Have Missed Memorial Day weekend has arrived in a hurry, spreading some unseasonably cold weather across the country. If you've been busy prepping for your weekend getaway plans and haven't had time to check out the news — don't worry, we've got you covered. It has been another busy week for us at Mashable, and we rounded up the top 15 digital media resources in social media and tech for you here, including news on Microsoft's new Xbox One. So go ahead and get yourself caught up, and enjoy your holiday weekend! 14 Twitter Tips and Tricks for Power UsersCheck out these tips and tricks to help you get the most out of your Twitter experience.How to Sync Your Facebook Contacts to iPhoneDid you know you can sync your Facebook friends to your iPhone contacts?