Test Your Awareness: Do The Test 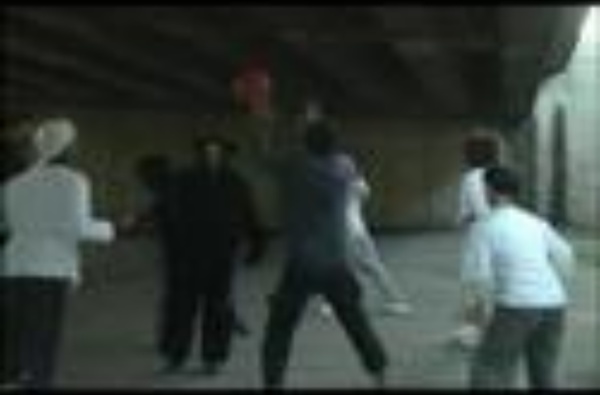 Why can't we trust what we see? Witnesses to a "murder" were tested on their powers of recollection The human memory can be impressive, but it is equally prone to letting us down. Now groundbreaking research has revealed the extent of just how fragile it can be - and how to use it better. Exploring the Superconscious Interview with Dr Edward Bynum, author of Dark Light Consciousness Author: Jair Robles We are all familiar with its symbolic representations, be it from the caduceus used by modern medicine, the winged serpent of Prehispanic Mesoamerican cultures or the dragons commonly seen at most Asian celebrations. It is said to represent a dormant energy that lies within every one of us, at the base of the spine, and that when this energy is awakened and driven into the brain it opens up our access to higher states of consciousness and our connection to the divine. Much of the disciplines and practices developed by the ancient traditions and practiced at the mystery schools were geared to this sole purpose. It is refreshing and exciting to find that current scientists and scholars, such as Dr Edward Bynum, are making an effort to bring this knowledge back for the scrutiny and study of modern science.

30 Beautiful Landing Pages Optimized for Converting Visitors into Users Landing pages are web pages that primarily serve to convince site visitors to take an action (such as signing up for an account, buying a product, etc.) For inspiration, have a look at these 30 beautiful and well-designed landing pages. The landing pages featured in this showcase provide potential users with compelling information and calls-to-action about the featured product or service.

Why Great Leaders Get Angry Inc. / USA Think about remarkably successful entrepreneurs. They’re logical. England riots: Timeline and map of violence Riots in London and around the country saw widespread looting and buildings set alight. Dozens were left homeless after a night of riots on the streets of Tottenham after a peaceful demonstration on 6 August over the death of a man who was shot by police turned violent. Here is a timeline of what happened, starting with most recent events. 00:22 BST - The Metropolitan Police say 1,103 people have now been arrested in connection with the riots and 654 people have been charged. Greater Manchester Police said they had so far made 147 arrests and more than 70 people had already gone through the courts.

In the Shadow of Hegel: How Does Thought Arise Out of Matter? What's the Big Idea? Before neuroscience and quantum physics, there was Georg Wilhelm Friedrich Hegel. The 19th century German idealist revolutionized Western thought, and every great thinker since has been working in his shadow, says Slavoj Žižek, the Slovenian philosopher and cultural critic. Watch the video interview: Often seen as a precursor to Marxists and existentialists, Hegel believed that knowledge is not static, but dynamic. In the Hegelian framework, history is a process in which many paradoxes interact and are then synthesized into a unified whole. Mobile UI Design Patterns: 10+ Sites for Inspiration By Jacob Gube User interface design patterns are solutions to common design challenges, such as navigating around an app, listing data or providing feedback to users. Mobile apps and sites have unique UI design requirements because, compared to their desktop counterparts, they’re used in smaller screens and, at least with today’s modern mobile devices, rely on fingers instead of a keyboard and mouse as input mechanisms.

Can you solve the prisoner hat riddle? - Alex Gendler The ‘prisoners and hats puzzle’ is a classic logic problem with many variants, some of which are described and summarized here. Like other puzzles where each player has information about the other players but not about themselves, they rely on inductive logic and the hierarchy of beliefs to figure out the other players’ thought processes to deduce the missing information. Just remember – if you try to stump other people with this kind of puzzle, make sure you have the right answer yourself. Love the challenge of this riddle?