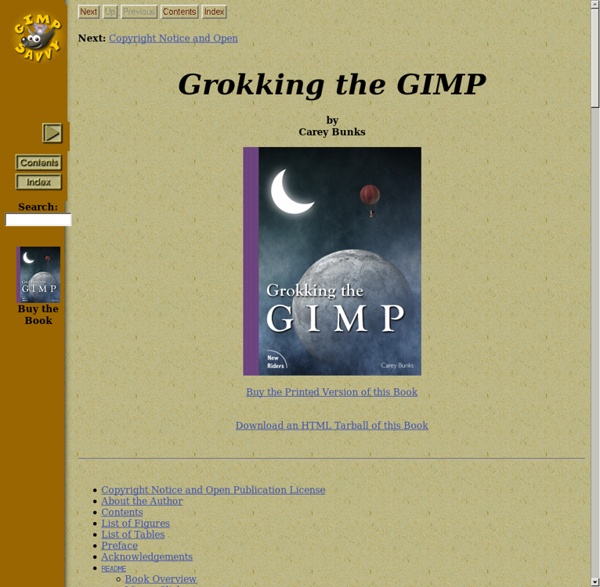 Free Icons Download Converting CMYK .PSD files for use in GIMP | Open Mutual – Company Blog Though GIMP has some support for handling CMYK workflow there is one part that isn’t available and that is opening existing Adobe Photoshop files (.PSD) that use the CMYK model. From a private book or card design point of view the one main place you’ll see these .PSD files is with online printers who provide you with only .PSD files as templates for the media sizes they print on. These files have a few or just one layer of the exact size that you have to make your material and so just happen to specify CMYK model rather than needing this. GIMP cannot open these type of .PSD files if they use CMYK: GIMP can only open PSD files that use RGB. Error loading PSD file: Unsupported colour mode: CMYK …and before you ask, no the separate+ plugin will not work here – that only has support for CMYK Tiff import and it does not alter how the existing PSD import works. You have three to four options to help here, The command I use is, convert input.psd -channel RGBA -alpha Set -colorspace rgb output.png

32 Brilliant Poster Design Tutorials In Photoshop Learn new tips and tricks with these poster design tutorials in Photoshop. UPDATE: This post was originally published on August 1, 2011. We’ve updated the list and replaced the outdated ones. Enjoy, Creatives! Posters play an integral role in advertising; they’re arguably the best form of advertisement in outdoor settings. They’re an effective way of attracting people and conveying your message clearly in the midst of a chaotic scenario where everyone is in a hurry. It can also help boost your brand recall because posters are great agents for brand visibility. On the other hand, posters are also a great medium to showcase one’s creativity. In today’s post, we rounded up 32 brilliant poster design tutorials we’ve found online — each showcasing their unique style and methods. Make a Retro Space Themed Poster in Photoshop View Tutorial Making a Superhero Movie Teaser Poster View Tutorial Design the Pirates of the Caribbean Movie Poster View Tutorial Creating a Spectrum Poster Design in Photoshop View Tutorial Design a Swiss Style Music Festival Poster in Photoshop

The Print Designer’s Bundle (Best-Selling Fonts, Effects, Vectors and More) « Design Cuts Who this deal is for: Graphic designers Scrapbookers Print designers Web designers The Ultimate Print Designer’s Collection (Thousands of Quality Resources) After so many requests for a quality print design themed bundle, we set to work to compile the best resources in the world into one amazing collection. This vast library of design items features the most asked for resources from the Design Cuts community, and all for a 97% discount! Take your print design work to the next level, with this huge collection of best-selling resources Happy February Design Cutters! If you’ve been following along with the community happenings here, you may have seen lots of opportunities to have a say in this new bundle. The conclusion? (Don’t worry if you don’t consider yourself a ‘print designer’. Specifically, tons of Design Cutters have been asking for: So you know what we did? We secured all of this and more for you, and have compiled it into one massive bundle, for a HUGE 97% saving on the regular price.

Photochrom Prints - The Photochrom Process - Prints & Photographs Online Catalog All images are digitized | All jpegs/tiffs display outside Library of Congress | View All Staff member examining a photochrom print. Photochrom prints, also called Aäc, are ink-based images produced through "the direct photographic transfer of an original negative onto litho and chromographic printing plates." A characteristic of the photochrom print is a gold-lettered caption along one edge and an inventory number. Detail from The prints look deceptively like color photographs. To illustrate the relationship between the negatives and the prints, the Library has both the original b&w glass negative in the Detroit Publishing Company Collection (left) and a photochrom print showing the landmark Betsy Ross house in color (center). Marketing the Photochrom Prints Photochrom prints were sold at tourist sites and through mail order catalogs to globe trotters, armchair travelers, educators, and others to preserve in albums or put on display. 1 Steven F.

Text – GIMP Scripts Rusted will create a Text Logo with a rust like finish on a layer with an alpha background or a selection. It creates an image with a rust like finish.Support Thread is located at GimpChat Menu Locations Script-Fu/Logos/Rusted… Script-Fu/Alpha-to-Logo/Rusted… Tagged: GIMP 2.8, Graechan, Render, Script-Fu, Text This script brings together various Gmic effects to create Logos in Gimp, Options include different Frames to choose from. Note: with Rel2.1 it is necessary to install an additional file ‘Gmic-Logos-presets.gmic’ Install Instructions will tell you where it goes Menu Location Script-Fu/Logos Support link is at GimpChat (more…) Tagged: GIMP 2.8, GMIC, Graechan, Logos, Script-Fu, Text This script will create text with each letter having a different font. (more…) Tagged: Font, GIMP 2.6, GIMP 2.8, GnuTux, Graechan, Random, Script-Fu, Text Support Link On GIMP Chat Menu Locations File/Create/Logos (gimpchat.com) Filters/Alpha To Logo (more…) Menu Location Script-Fu/Text Effects/Highlight (more…) (more…)

100,000 Stars How to Get the Woodcut Effect in Adobe Illustrator The "woodcut effect" is a way to make your Adobe Illustrator images mimic the style of hand made woodcut images. While there is no default effect named "woodcut," the Adobe Illustrator "spatter" effect gives your image the desired look of an rough-lined woodcut image. This effect can be applied to any image through the "Brushstroke" effect menu in the Adobe Illustrator application. Promoted by Launch Illustrator and open or create the image you want to edit. Sponsored LinksYoga Teacher TrainingRYT 200 Yoga Teacher Certification,4 Week, Yoga Ashram India or Europewww.arhantayoga.org/200-hour-ttcHigher Education CareersSearch thousands of career postingsat colleges and universitiescareers.insidehighered.com Graphics: Illustrator Fundamentals: Create a Rough Line Effect Promoted By Zergnet Comments Please enable JavaScript to view the <a href=" Read Article Geek Vs Geek: Robot battles, hoverboard drag race, and more Is DIY in your DNA? Submit Your Work! Login with Facebook

11. Patterns A pattern is an image, usually small, used for filling regions by tiling, that is, by placing copies of the pattern side by side like ceramic tiles. A pattern is said to be tileable if copies of it can be adjoined left-edge-to-right-edge and top-edge-to-bottom-edge without creating obvious seams. Not all useful patterns are tileable, but tileable patterns are nicest for many purposes. (A texture, by the way, is the same thing as a pattern.) Figure 7.27. In GIMP there are three main uses for patterns: With the Bucket Fill tool, you can choose to fill a region with a pattern instead of a solid color. When you install GIMP, it comes presupplied with a few dozen patterns, which seem to have been chosen more or less randomly. GIMP's current pattern, used in most pattern-related operations, is shown in the Brush/Pattern/Gradient area of the Toolbox. The .pat format is used for patterns which were created specifically for GIMP. Figure 7.29. Figure 7.30.