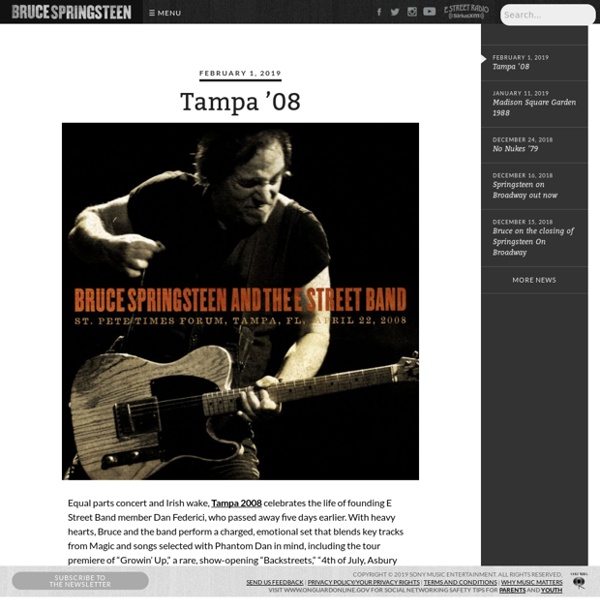 Since Bruce Springsteen and the E Street Band last played in Cincinnati in March, 2008, the United States has gone through two presidential elections and a great recession. Two cherished members of the E Street Band have passed away. Bruce has released two powerful studio albums and, along the way, has enabled new voices and new sounds for his Hall of Fame-bound band. During those six years, while the rest of us aged, Bruce somehow became younger. We can conjecture from what or where his fountain of youth came. Was it from the booty shaking?

Danny Baranowsky Alanis Morissette Blogness on the Edge of Town bad cellphone photo by Anne Haines I know it is part of their job to make it look like they’re having fun, so that the audience will have fun. But the thing that struck me most, seeing Bruce Springsteen and the E Street Band in Cincinnati the other night, was just how much fun they really do have up on that stage, and how much they all enjoy performing with one another. There’s such a deep, deep camaraderie and sense of joy visible on their faces – you can’t fake it at that level, you just can’t. Stacey Kent Lisa Ekdahl - Official website Radio "Keygen FM" Brucebase John Mayer - Battle Studies Melody Gardot

Bruce Springsteen's lastest album, so far no Canadian tour dates have been posted. by cortneycook Mar 20