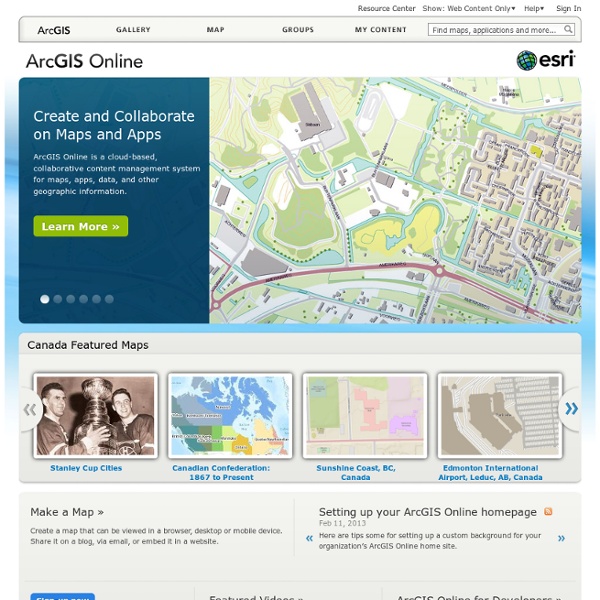 The Map Of Native American Tribes - kplu Finding an address on a map can be taken for granted in the age of GPS and smartphones. But centuries of forced relocation, disease and genocide have made it difficult to find where many Native American tribes once lived. Aaron Carapella, a self-taught mapmaker in Warner, Okla., has pinpointed the locations and original names of hundreds of American Indian nations before their first contact with Europeans. Map Maker Google Map Maker officially closed on March 31, 2017, and many of its features are being integrated into Google Maps. Since 2008, the Google Map Maker community has edited and moderated millions of features to improve the Google Maps experience. To make it easier for all Google Maps users to contribute changes to the map, we’ve started to graduate functionality from Map Maker to Google Maps on both desktop and mobile. Key editing features currently available in Google Maps include:

Top 25 Informative Maps That Teach Us Something Uniquely Different About the World Population of Southeast Asia Compared to the Rest of the World Maps can be great guides for more than just finding routes for traveling. They often provide insight on the rest of the world. Taking a look at certain maps can be incredibly informative, especially when comparing the standing of countries in relation to one another. In fact, many passionate cartographers take pride in creating maps that present relevant knowledge through a visual medium. The Obsessively Detailed Map of American Literature's Most Epic Road Trips The above map is the result of a painstaking and admittedly quixotic effort to catalog the country as it has been described in the American road-tripping literature. It includes every place-name reference in 12 books about cross-country travel, from Mark Twain’s Roughing It (1872) to Cheryl Strayed’s Wild (2012), and maps the authors’ routes on top of one another. You can track an individual writer’s descriptions of the landscape as they traveled across it, or you can zoom in to see how different authors have written about the same place at different times. Most interestingly of all, for me at least, you can ruminate about what those differences say about American travel, American writing, American history. A word to close readers: I hand-typed most of these 1,500-plus entries and located their coordinates as best I could.

The Geography of Empathy and Apathy Compassion is tricky. Solidarity is a minefield. Did you add the French tricolour to your Facebook profile picture? How Much Land the Federal Government Owns Will Surprise You The rough beauty of the American West seems as far as you can get from the polished corridors of power in Washington DC. Until you look at the title to the land. The federal government owns large tracts of the western states: from a low of 29.9% in Montana, already more than the national average, up to a whopping 84.5% in Nevada. This map, depicting the distribution and share of federal land per state, was first published on this blog way back in 2008. Nevertheless, it keeps accumulating comments and hits at a steady pace, and is still frequently shared around.

Religions and Language Families in Europe.[[MORE]]... Religions and Language Families in Europe. by midnightrambulador Europe: Pick Your Master RaceReligion and language have been two of the most important factors in shaping cultural identities. So I thought it would be interesting to see language families and religious denominations overlaid on a single map of Europe, and since I couldn’t find such a map, I decided to make one myself. 8 Maps Showing How The US Fits Into The Rest Of The World How the US Population Fits in Europe by reddit user jackblack2323 The US is the third most populous country on earth, with over 320 million people according the current U.S. Census Population Clock. Yet, only around 4.4% of the world’s people live in the country and considering it’s only the 180th most densely populated country on earth, it’s rather sparsely populated. Moreover, if the US ever wanted to catch-up with China (most populated) or India (soon to be most populated), it would have to increase its population fourfold (1.2 billion+). Even then, this would still only make it the 89th most densely populated country on earth (assuming of course no population changes in any other country).

10 Maps That Will Change How You View The World Maps are one of those things you can lose yourself in for hours. Since their humble origins as scribbles in the sand thousands of millennia ago, maps have been useful companions during the development of human culture and society. Now, in an age of seemingly endless information, maps are more abundant, advanced and fascinating than ever before. Here are some of the most interesting maps we could find; hopefully, they will leave you looking at our little "pale blue dot" with a fresh perspective.