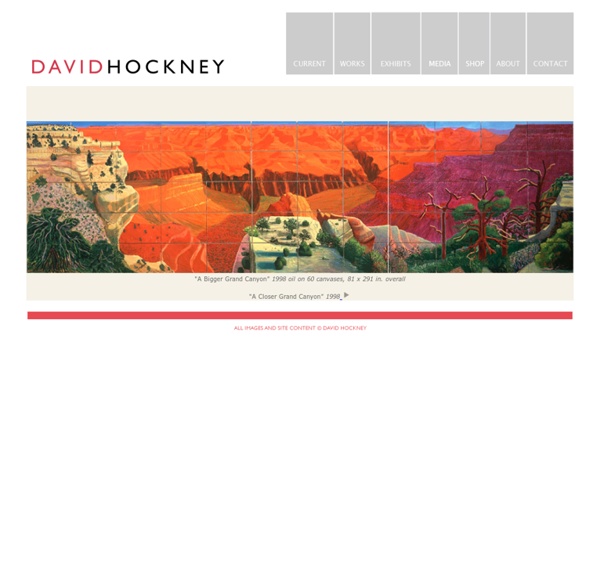 Artistic Expression or The Future of Humanity? Hook and Eyes Lucy McRae and Bart Hess are artists working together to create fascinating images of genetic manipulation and beauty. They describe their work as "instinctual stalking of fashion, architecture, performance and the body." Grow on you #2 Their work finds low-tech prosthetic alternatives for human enhancement.

Looking At Art Search Jeff Koons, (Sandwiches), 2000. Oil on canvas, 9 feet 10 inches x 14 feet 2 inches (299.7 x 431.8 cm). Solomon R. Guggenheim Museum, New York Commissioned by Deutsche Bank AG in consultation with the Solomon R. Guggenheim Foundation for the Deutsche Guggenheim, Berlin, 2006 2006.8. © Jeff Koons In Preparation Make sure students have paper and pencil. Modern Artists Full List Modern Artists Full List Modern Artists Full List Below are biographies and analysis of the work of all the artists who were central to modern art. If a major artist is missing from the list, The Art Story has not had a chance yet to research their life and art. Total: 139 Artists Abramovic, Marina

A "Psychological" Optical Illusion A "Psychological" Optical Illusion: The influence of culture and environment can have an effect on our visual perception. This theory was first explored by Robert Laws, a Scottish missionary working in Malawi, Africa, during the late 1800's. Thoughts About Design And Art - Vanseo Design Design is not art. While they share some similarities the two are not the same. Designers solve problems and artists express themselves. Jenny Holzer Jenny Holzer was born in 1950 in Gallipolis, Ohio. She received a BFA in printmaking and painting from Ohio University, Athens, in 1972, and in 1975 she entered the MFA painting program at the Rhode Island School of Design in Providence. While there, she began to introduce language into her work. Holzer moved to New York after earning her degree at RISD in 1977 and enrolled in the Independent Study Program at the Whitney Museum of American Art, New York. That year, she created her first all-text works, the Truisms series, printing them on paper, which she pasted up anonymously around the city. Holzer has been the recipient of several important awards, including the Blair Award, presented by the Art Institute of Chicago in 1982, and the Leone d’Oro award for best pavilion at the Venice Biennale in 1990.