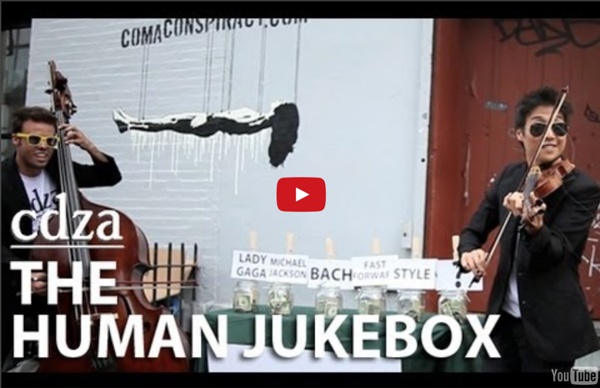 The Most Beautiful and Famous Trees on Earth “A tree is a wonderful living organism which gives shelter, food, warmth and protection to all living things. It even gives shade to those who wield an axe to cut it down” – Buddha. There are probably hundreds of majestic and magnificent trees in the world – of these, some are particularly special: 17 of the Most Beautifully Bizarre Cars Ever Designed - Planet Daze The history of automotive design is littered with bold attempts to create vehicles so different in how they look and how they work that they render obsolete everything that’s come before. The most daring of these are usually concept cars, which aren’t limited by practicality or government regulations and can therefore allow automakers to really push the limits.For its latest exhibit, the High Museum of Art in Atlanta has assembled 17 of the most beautiful, hideous, and strange automotive concepts ever dreamed up by man, from a 1934 Bugatti prototype up to an early iteration of the Porsche 918 Hybrid supercar.What happens when creators balance aesthetics, functionality, and their personal vision of the future is one reason we love cars. That’s especially true when the results leave us wondering, “How could anyone think this was a good idea?” The 1936 Stout Scarab was an upscale proto-mini van.

SurfTheChannel - Home August 28, 2014 Question 1 of 4: How often do you use Mozilla Firefox? Question 2 of 4: How satisfied were you with the previous versions of Mozilla Firefox? Question 3 of 4: Modern Pyramid House by Juan Carlos Ramos We've seen our fair share of unique modern home designs like the box-shaped metallic house or the abstract fortress made of concrete, but Mexican architect Juan Carlos Ramos has taken on a form less-visited for his aptly titled project Pyramid House—a conceptual pyramid-shaped home created and submitted as a proposal for a recent architecture competition. The simple geometric shape creates a clean aesthetic, while remaining extremely eye-catching due to its iconic though rarely applied form. Some highlights of this design are the multiple windows cut out of the four large triangular facades that allow natural light into the home. An enormous window covers one entire side of the structure that visually exposes and lightens the design. Viewers also get to see inside the modern multi-level interior which features a library, balcony, two bedrooms, and even a recording studio that have all been cleverly sectioned to fit inside this unconventional concept.

Ethereal Macro Photos of Snowflakes in the Moments Before They Disappear Russian photographer Andrew Osokin is a master of winter macro photography. His photo collection is chock full of gorgeous super-close-up photographs of insects, flowers, snow, and frost. Among his most impressive shots are photographs of individual snowflakes that have fallen upon the ground and are in the process of melting away. The shots are so detailed and so perfectly framed that you might suspect them of being computer-generated fabrications. They’re not though. The images were all captured using a Nikon D80 or Nikon D90 DSLR and a 60mm or 90mm macro lens. 10 mind-boggling high-speed camera GIFs Some of the most interesting things you’ll ever see are happening far too fast for you to properly appreciate. Slowing down even the simplest occurrence can reveal incredible complexity. With modern high-speed photography we can get a glimpse of such things.

10 incredible microscopic GIFs Every day, life is going about its business, but we can only see a fraction of the organisms around us with the naked eye. Bacteria, protists, and tiny multicellular creatures live in a world that is completely alien to us and only visible through the microscope. Thanks to the wonder of science, we can dive into this world and see how these wee beasties get along.

Maps That Will Change the Way You See the World Where Google Street View is available. The supercontinent of Pangaea with modern day borders. The pink represents countries that the British have invaded. Goddammit, Brittan! Countries that don't use metric. Goddammit, America! Mystery of Prince Rupert's Drop at 130,000 fps About this video How was this done by so small a force? Smarter Every Day heads to a glassblowing workshop in Alabama to reveal the unique mechanical properties of the Prince Rupert's drop – a tadpole-shaped glass structure created by dropping molten glass in cold water. Miniature Worlds Digitally Assembled from Hundreds of Photographs by Catherine Nelson Sydney-based artist Catherine Nelson refers to herself as a painter with a camera, in that she doesn’t see the world as a photographer does but instead uses photos as a medium with which she creates these fantastic miniature worlds. Each work is comprised of hundreds of photographs which she digitally stitches together, drawing from an extensive background in visual special effects having worked on such films as Moulin Rouge, Harry Potter and 300. Of her work Nelson says:

The 2013 Microscope Images of the Year The yawning trap of a carnivorous plant has taken First Prize in the 2013 Olympus BioScapes Digital Imaging Competition. Igor Siwanowicz, a researcher from the Howard Hughes Medical Institute captured the fascinating photo. The confocal image was selected from more than 2100 entries.