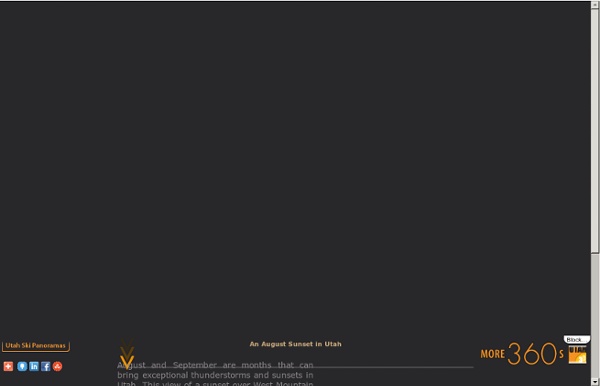 Related:  Incredible • on the Bright side.. • Interesting

The 15 Craziest Things In Nature You Won’t Believe Actually Exist Mother Nature is beautiful and amazing because we can see many amazing stuff like these 15 things that you won’t believe they actually exist. All these places are real. It is hard to believe in that, but that is true. 1. 21 Photos Of Nature Winning The Battle Against Civilization You might have to plant the flowers in your backyard to see some green action, but plants will grow from just about anywhere if you give them enough time. If you abandoned your home today and returned many years later, you might find trees growing right out of your bedroom walls, and plants the size of beanstalks shooting straight up out of your floorboards. Plants are incredibly resilient, and can grow from the most unlikely places so long as they have a source of sun and water. These man-made objects, buildings, and entire cities are no match for the rapid growth of plant life. Check out these unbelievable photos of nature wining the battle against civilization.

6 Myths Everyone Believes about Space (Thanks to Movies) #3. Meteorites Are Hot Let's say a meteorite landed in your yard, right now. You run out there and see the thing sitting in a little crater. Would you touch it? Hell, no. WebGL Water Loading... Made by Evan Wallace This demo requires a decent graphics card and up-to-date drivers. If you can't run the demo, you can still see it on YouTube. Interactions: The Most Beautiful and Famous Trees on Earth “A tree is a wonderful living organism which gives shelter, food, warmth and protection to all living things. It even gives shade to those who wield an axe to cut it down” – Buddha. There are probably hundreds of majestic and magnificent trees in the world – of these, some are particularly special: Lone Cypress in Monterey The Shirk Report – Volume 303 Feb 6, 2015 Welcome to the Shirk Report where you will find 25 funny images, 10 interesting articles and 5 entertaining videos from the last 7 days of sifting. Most images found on Reddit; articles from Twitter, RSS and email; videos come from everywhere. Any suggestions? Send a note to submit@twistedsifter.com

8 Signs You Are Good In Bed 1. You can dance. Now before all of you start coming at me from every corner of Reddit to cut me off at the pass of my misandry, fedoras clutched in your gnarled fingers and neckbeards springing forth from your quivering underchin like a thousand resilient dandelions, hold on. I don’t mean that those who are incapable of getting past the first two rounds of So You Think You Can Dance are destined to remain shriveled virgins. We don’t all have to be the non-horrific version of Chris Brown when it comes to moving our feet along a dance floor. However, if you are the kind of person who is determined to stay glued against the wall while everyone else is having fun and being silly, I don’t know how your hips would do if naked and horizontal.

Modern Pyramid House by Juan Carlos Ramos We've seen our fair share of unique modern home designs like the box-shaped metallic house or the abstract fortress made of concrete, but Mexican architect Juan Carlos Ramos has taken on a form less-visited for his aptly titled project Pyramid House—a conceptual pyramid-shaped home created and submitted as a proposal for a recent architecture competition. The simple geometric shape creates a clean aesthetic, while remaining extremely eye-catching due to its iconic though rarely applied form. Some highlights of this design are the multiple windows cut out of the four large triangular facades that allow natural light into the home. An enormous window covers one entire side of the structure that visually exposes and lightens the design. Viewers also get to see inside the modern multi-level interior which features a library, balcony, two bedrooms, and even a recording studio that have all been cleverly sectioned to fit inside this unconventional concept. Juan Carlos Ramos's website

20 Amazing Letters Worth Reading Since 2009, Shaun Usher has curated the incredible blog, Letters of Note; a collection of fascinating letters, postcards, telegrams, faxes and memos throughout history. Usher has carefully catalogued nearly 1000 letters and going through the archive is a recurring ritual for the Sifter. Last year, 125 of the most entertaining, inspiring and unusual letters from the blog were printed in a spectacular 352-page hardcover book published by Chronicle. You can find UK versions here and US versions here. You can also find exclusive limited editions and signed versions through Unbound. Below you will find 20 notable letters from the extensive archives.

The Complete Guide to Suits: 57 Rules of Style Blazer ($1,595), pants ($295), and shirt ($295) by Burberry Prorsum. Tie ($130) by Band of Outsiders. Pocket square ($65 for three) by Brooks Brothers. Aerial Photography by Robert B. Haas Robert B. Haas is a great photographer and a special person. Since 2002, Haas has focused his artistic endeavors primarily on aerial photography, in an effort to capture the grandeur and mystique of Earth’s continents from this unique perspective.