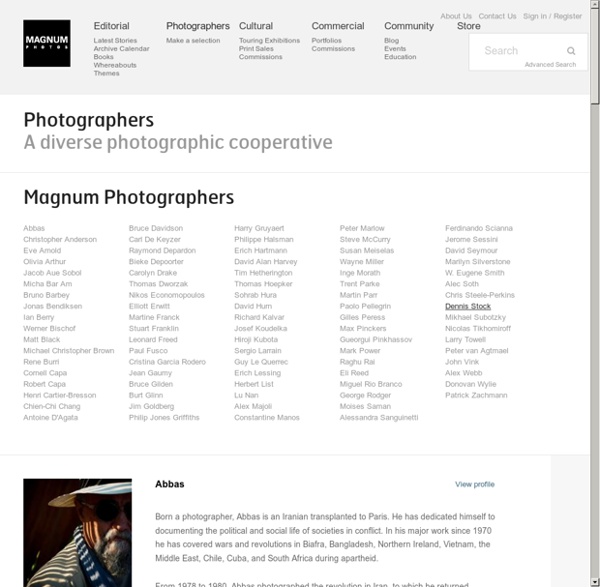 Man Ray official digital photographic library manray-photo.com, Man Ray official digital photographic library 10 Things Street Photographers Can Learn From Magnum Contact Sheets One of the most valuable books I currently have in my library is Magnum Contact Sheets. It is a book that was put out by Thames and Hudson in the last year or so, and contains over 139 contact sheets from 69 Magnum Photographers. For those of you who are not familiar with contact sheets, they are a direct print made from a roll or sequence of images of film. Before the days of digital, they were an invaluable tool to photographers to quickly look through and edit their work (choosing their best images). The book is a hefty behemoth full of knowledge, insights, and philosophies of the Magnum photographers within. What is a contact sheet? Henri Cartier-Bresson looking at contacts at the New York Magnum Office. 1959. © Rene Burri / Magnum Photos To clarify, a contact sheet is a direct print of a roll or sequence of images shot by a photographer on film. As Lubben explains, the contact sheet is a tool used by photographers in the days of film to look quickly at what they captured. 1. 2. 3. 4.

OUR NOT SO DEFINED IDENTITIES. Pinhole on 120mm color film. Hand printed. - Stella Asia Consonni Photography OUR NOT SO DEFINED IDENTITIES. Pinhole on 120mm color film. Hand printed. Exploring the progressive loss of real self-identity caused by the creation of web alter ego. The physicality of the images is to express the psychical connotations of the subjects. Index Video like a pro: how to make an awesome DIY camera slider The next time you watch a great film, look out for things beautifully falling in and out of focus as the camera moves past. This is done with a focus slider and these cost hundreds of pounds to buy. Today, I’m going to share with you my awesome focus slider which will cost you very little to make and will give your videos a really professional feel. The video below will show you a bit of the build process, but mainly the effect using the DIY focus slider. The camera can be mounted as shown or rotated though 90 degrees My slider consists of three main parts: a) A bracket to mount the camera on which is attached to b) Two sliding guide rails from a set of drawers which is mounted on c) a stand It works by smoothly sliding the camera with a set focus past a stationary object and the draw sliders do this wonderfully. Let’s look at each section separately: a) A bracket to mount the camera on I used an upside down U shaped bracket from my local iron monger which did require drilling, etc. c) The stand

Photographs Do Not Bend: contemporary photographers Archives Research: Sam Taylor Wood, Still Life (video stills), 2001 In the arts, vanitas is a type of symbolic work of art especially associated with Northern European still life in Flanders and the Netherlands in the 16th and 17th centuries though also common in other places and periods. The word is Latin, meaning "emptiness" and loosely translated corresponds to the meaninglessness of earthly life and the transient nature of Vanity. Photo Expert Stephen Mayes on the Changing Future of Photography © Woongjae Shin In a fascinating interview with Image Source Art Director Stephanie Cabrera, Photography expert Stephen Mayes explores the work of photo-journalist Tim Hetherington, the wider impact of stock imagery and the rapidly changing future of Photography There’s one name that connects many of the major players in photography over the last 25 years. Stephen Mayes is: a former Creative Director at Image Source; was part of the founding management team at Getty Images; was Creative Director at Eyestorm, the company that aimed to introduce Fine Artists such as Damien Hirst, Ed Ruscha, Richard Misrach to commercial and private clients; as Director of the Image Archive with Art + Commerce, he represented the archives of Robert Mapplethorpe, Steven Meisel, David LaChapelle and others; in the world of photojournalism he was Director of Network Photographers in London and CEO of VII in New York. Sleeping Soldiers, Tim Hetherington Tim Hetherington Dan Pangbourne / Image Source RF

Bruce Gilden DIY PVC Table/Skater Dolly For Video Photography If you’ve been following some of the video tutorials we’ve had here at DIYP, you probably noticed the skateboard dolly that was featured here a few weeks back. Photographer and videographer Martin Taylor shows us how to build a much fancier dolly which is partially based on a skateboard. This dolly however, is smaller (will fit on table), has a head mount that can support an SLR and can be set to move in circles. A table dolly is a small, low profile camera support designed to be used on a table top and often used to add movement to product shots. There are lots of commercial table dollies available at all sorts of price points. Supplies 1 Rollerblade (go to the thrift store if you don’t have one lying around from the 90’s; they’ll have plenty to choose from for a few dollars. Tools Drill1/4” bitAllen Keys (to disassemble the skate)spanner/wrench Construction Preparation Remove the wheels from the skate. Remove stickers from the PVC components. Running Gear Body Tripod head mount Assembly

Fantastic photomontage and its possible influences, 1857 - 2007 : a timeline ... interior frame Edgar Allen Poe 1850/6: The Works of Poe The Works of the Late Edgar Allan Poe were published in the U.S. (1850 & 1856), although sadly edited by someone who sometimes freely rewrote and recombined the stories. Poe (1809-1849) had been known in his own lifetime — but only as a critic, not as a writer of fiction. Poe's works, along with de Sade and the recovery of European folk/fairy tales, became the seeds of a sophisticated gothic imagination (there had been an unsophisticated pre-1848 literature of 'Penny Dreadfuls' and a brief British craze for horror stage shows) — which can be seen running through Stevenson's Hyde (1886), the 'L'Esprit Decadent' novels of the 1880s, James' The Turn of the Screw (1898), Ernst's collage novels, Lovecraft, Mervyn Peake, Borges, Ray Bradbury, Angela Carter, to Jan Svankmajer and beyond. ← return to index Oscar Gustave Rejlander 1857: "The Two Ways of Life". Henry Peach Robinson 1858: "Fading Away". H.D Fredericks & Co. 1858-1889: collaged group portraits Alice

Damir Sagolj Photographs - Colin O'Brien, Photographer, London 5 Different Setups To Nail A 2 Lights Product Shot There are a lot of things you can do with just 2 lights, actually, you can do some kicking products shots. Here are a few quick and easy product photography setups that you can add to your toolkit. (+ the occasional use of a DIY modifier) For the whole shoot I was using a Nikon D7000 and a 18-55 kit lens. (kit lenses are awesome!) The DIY LightBox Still one of the best things for a clean product shot is simlpy shooting it on a white background. Place both lights on the right and left of the lightbox and point them just a little bit towards the back. Setup Shot Gradient Effect When shooting transparent objects like perfume botttles, there is a neat trick you can apply. Start of by placing a light below the table pointing upwards at the background. To get some light on the cap and on the logo of the perfume, I placed another flash with a small softbox above the subject. Lastly, you can play around by gelling the background light. Final Image Use your Surrounding Lighting From Below Rim Lighting