EMILY GARTHWAITE. Index of Time. Index of Time project in collaboration with Peter Watkins Býčí skála Cave is situated in the central part of the Moravian Karst in the Josefovské Valley, between the towns of Adamov and Křtiny. 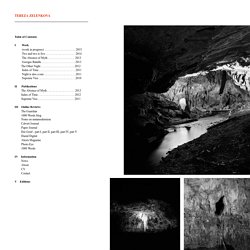 Its current known length is over 13km, the second-longest cave system in the Czech Republic. Tom Beard. Catching up with London’s enigmatic photographer Tom Beard. In an age of internet hype, Tom Beard is an enigma. 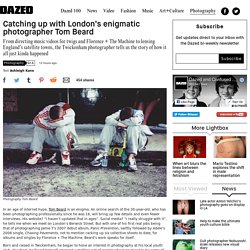 An online search of the 30-year-old, who has been photographing professionally since he was 16, will bring up few details and even fewer interviews. His website? “I haven’t updated that in ages”. Social media? “I really struggle with it”, he tells me when we meet on London’s Berwick Street. Born and raised in Twickenham, he began to hone an interest in photography at his local youth club. Your ultimate guide to Nobuyoshi Araki. Artist, pornographer, diarist – Nobuyoshi Araki has been called many things. 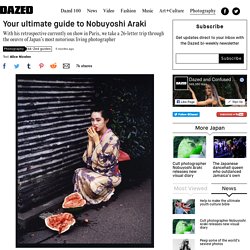 Often lauded, sometimes reviled, the Tokyo-born photographic maestro is notorious from east to west. The prolific photographer’s oeuvre is monumental, ranging from his world famous, graphic and highly sexualised “Kinbaku Series” to the day-to-day minutiae of existence. Tokyo’s darling may leave critics divided but his artistic genius is undeniable: every image is unique and captured with extreme levels of technical mastery, and his influence has penetrated just about every creative field, from photography, film to the world of fashion. Photography. Www.grantthomasphoto.com. Cameron Alexander Photographer. ABOVEGROUND - Film Chronicles. Ava Nirui. Overpainted Photographs » Gerhard Richter. Gerhard Richter “Painting”, Wako Works of Art, Tokyo, November – December 2015. 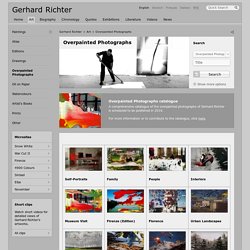 James Friedman photographed the effect of 1,029,398 cigarettes on a mother and son’s relationship. SUSAN HILLER. URBANAUTICA - PHOTOTALK WITH MATTHIAS HEIDERICH. 1. 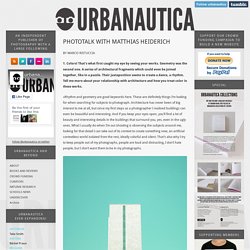 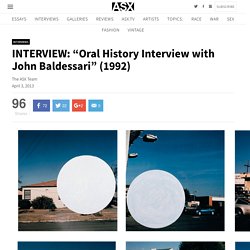 The following oral history transcript is the result of a tape-recorded interview with John Baldessari on April 4, 1992. The interview took place in Santa Monica, CA and was conducted by Christopher Knight for the Archives of American Art, Smithsonian Institution. Tape 1, side A (30-minute tape sides) JOHN BALDESSARI: . . . should have the ringers off the phone. CHRISTOPHER KNIGHT: Okay. Exploring, Entering a World and Earning Your Dues - An Interview with Bruce Davidson.

“Look, I’m kind of an explorer. 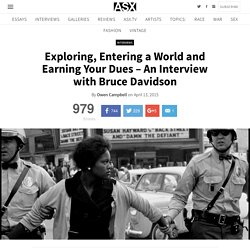 I’m entering a world and it takes time.” Rebecca Newman Photography Blog. ABDUL KIRCHER: GIMME A LOW FADE - Review: Photographer Gordon Parks told “Segregation Story” in his own way, and superbly, at High. Tom Manley Glasgow Architecture Photography & Urban Landscapes. A documentary and reportage approach to photography, my urban landscape photography, has developed alongside extensive research and assignments in different communities with an interest and knowledge in how places change over time and the factors contributing to both positive and negative change to the environment. 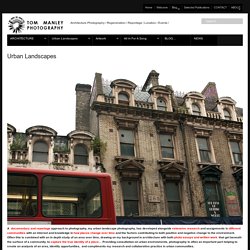 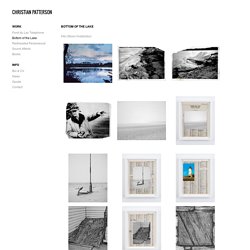 How do we define the ‘ideal body’? Human bodies are magnificent, from the internal intrinsic workings to the external skin and hair that constitutes flesh. 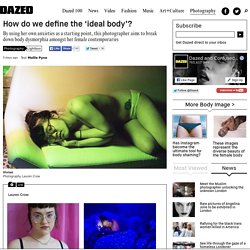 Christopher Anderson Photographs. Andrew kuykendall. FOTOGRAFIA /// Romi Front – Percha MAG! DATOS CONTACTO ARTISTA /// #Fotografía #Analógica Nombre completo o Apodo: Romi Frontera / Romi Front Lugar de residencia (PAIS/PROVINCIA/CIUDAD): Argentina/Buenos Aires/Llavallol Mail: Romi.frontera@yahoo.com Twitter: @romifront Facebook: Romi Front Fotografía Analógica ∆ Regala Arte Analógico. FOTOGRAFIA /// Romi Front – Percha MAG! 11 Lessons Diane Arbus Can Teach You About Street Photography. (All photographs copyrighted by the Estate of Diane Arbus) Diane Arbus is a photographer that has a very profound impact on me. When I first saw her photograph of the “grenade kid” — it hit me in the chest and has burned itself in my mind ever since. Upon studying more of Diane Arbus’ work — I found her photographs to be very applicable to my interest in shooting street photography of strangers- mostly as a mode of portraiture.

There is a wealth of knowledge on Diane Arbus (several memoirs, books, and even movies have been made on her), and I cannot say I am an expert on her work. However here is some golden knowledge I have found from one her books published by Aperture that I found incredibly insightful that I wanted to share with you. Stacy Kranitz. Amber Asaly - New York. Gia Coppola on her Camera.

“If I were to save one possession in a fire, it would have to be my dad’s camera, an old, broken Nikon. I always keep it with me – his personal things mean a lot. He took pictures when he was younger and I guess I picked up the camera because of him. Streetshooter. Surrealist photographers. Adam Panczuk - Karczeby: The Roots of Polish Life.

In eastern Poland, the word Karczeb is used to describe a stubborn tree stump as well as a farmer firmly rooted to the land he cultivates. Adam Panczuk's book gives us a personal look at these people and their way of life. We see the connection between these people and their land from the first image of the book (and the first image of the slideshow above). Social Documentary & Street Photography. Building Subject Using the Challenge of Three: Examples from Barcelona and Lisbon. London Dust. Meet Jude Liana: Photographer, Model and All Around Beast. Photography: Jessie Kohlman Styling: Rey Pena Makeup: Zac Weiss Hair: Jarrett Edward Tackling the role of both photographer and model, New York artist Jude Liana is a beast on both sides of the lens.

She’s a self-proclaimed “hustler,” encapsulating the nostalgia of ’90s it-girls—equal parts beauty queen and snarky Manhattanite, which allows her to permeate a room with untouchable mystery. Born and raised in the Lower East Side, Liana’s undeniably New York, oozing with “fuck the man” grittiness. Emily scarlett romain. A Cow Called Ecstasy for 032 Online (032C) A Cow Called Ecstasy for 032 Online (032C) Sage Sohier - Photographs. Hayleylouisabrown. Was John Szarkowski the most influential person in 20th-century photography?

Galleries. Jacob Aue Sobol. Detroit - Bruce Gilden. Background. Photographs - Colin O'Brien, Photographer, London. The last days of London - in pictures. Jo Spence: Work. ​alec soth: in the pool of images. Represented by the Magnum agency, collected by the San Francisco Museum of Modern Art, commissioned by the New York Times and The New Yorker and head of his own publishing house, Little Brown Mushroom, Alec Soth is about as credible as a contemporary documentary photographer can get.