Robyn Stacey. "Since 2001 I have been interested in historic natural history collections both in Australia and overseas. 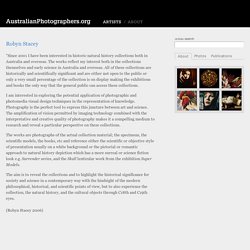 The works reflect my interest both in the collections themselves and early science in Australia and overseas. All of these collections are historically and scientifically significant and are either not open to the public or only a very small percentage of the collection is on display making the exhibitions and books the only way that the general public can access these collections. I am interested in exploring the potential application of photographic and photomedia visual design techniques in the representation of knowledge. Photography is the perfect tool to express this juncture between art and science. The amplification of vision permitted by imaging technology combined with the interpretative and creative quality of photography makes it a compelling medium to research and reveal a particular perspective on these collections. 0F24C9564F543A41F35D7DD665E73D74B4B22B72.pdf. The origins of an Australian art icon: Charles Meere's Australian Beach Pattern - Journal of ART in SOCIETY. 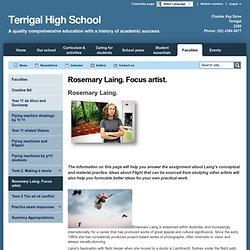 Ideas about Flight that can be sourced from studying other artists will also help you formulate better ideas for your own practical work. Rosemary Laing is esteemed within Australia, and increasingly internationally, for a career that has produced works of great appeal and cultural significance. Since the early 1980s she has consistently produced project-based series of photographs, often cinematic in vision and always visually stunning. Laing's fascination with flight began when she moved to a studio in Leichhardt, Sydney under the flight path, around 1994. From the initial frustrations she felt with the omnipresence of transit above her head, she became seduced by the ideas around air travel, generating a complex body of art. Flight sits in our consciousness as a kind of fantasy or dream. 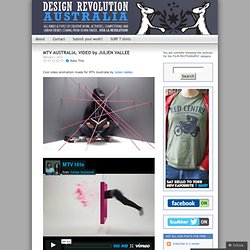 Like this: Like Loading... December 3, 2011 Sydney based artist Mark Mawson took this amazing pictures. October 4, 2011 Life captured by the lens of Melbourne based photographer Jessica Tremp From Photographer: Democratisation of photography spawns grassroots movement - Read - ABC Arts. Posted: You don’t get much more grassroots than your own backyard. 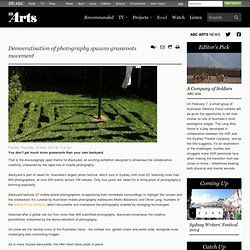 That is the encouragingly open theme for Backyard, an exciting exhibition designed to showcase the collaborative creativity unleashed by the rapid rise of mobile photography. Backyard is part of Head On, Australia’s largest photo festival, which runs in Sydney until June 23, featuring more than 900 photographers, at over 200 events across 100 venues. Only four years old, Head On is living proof of photography’s booming popularity. Backyard features 27 mobile phone photographers re-appraising their immediate surroundings to highlight the unseen and the overlooked. Selected after a global call out from more than 600 submitted photographs, Backyard showcases the creative possibilities unleashed by the democratisation of photography. In Focus: the evolution of photography from daguerreotypes to Instagram - Read - ABC Arts.

Posted: Photographic technology has developed at a rapid pace. 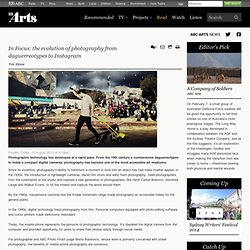 From the 19th century’s cumbersome daguerreotypes to today’s compact digital cameras; photography has become one of the most accessible art mediums. Since its invention, photography’s ability to transform a moment in time into an object has had mass market appeal. In the 1920s, the introduction of lightweight cameras, faster film stock and early flash photography, freed photographers from the constraints of the studio and inspired a new generation of photographers, like Henri Cartier-Bresson, Dorothea Lange and Walker Evans, to hit the streets and capture the world around them. By the 1960s, inexpensive cameras like the Kodak instamatic range made photography an accessible hobby for the general public. In the 1990s, digital technology freed photography from film.

Today, the mobile phone represents the pinnacle of photographic technology. But mobile phones, like all cameras, have their setbacks. Melinda Gibson: April 2012. And so it dawns the second year, 731 days. 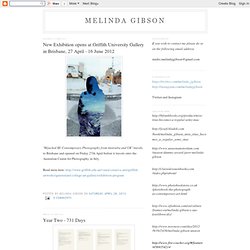 It’s still a shock, its still hurts like nothing I’ve ever felt before, but this year something has changed. Time has certainly helped, but at times is still a hindrance and as every year goes by we all heal a little more. So it is time to finally set this body of work free, let it breath for itself and be honest ad true in its unedited entirety. I can’t say more than this was something that was so important in the process, my process and I feel it shows what happened, how I felt, how I feel without edits or ego. It simply uses photography as a process to aid my grief and nothing more.

Www.curriculumsupport.education.nsw.gov.au/move/pdf/piccinini_res.pdf. Famous Australian Photographers. Whoever said Australia is only known for their cinematography was wrong. 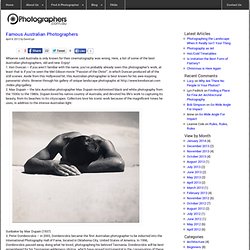 Here, a list of some of the best Australian photographers, old and new. Enjoy! 1. Ken Duncan – if you aren’t familiar with the name, you’ve probably already seen this photographer’s work, at least that is if you’ve seen the Mel Gibson movie “Passion of the Christ”, in which Duncan produced all of the still scenes. Aside from this Hollywood hit, this Australian photographer is best known for his awe-inspiring panoramic shots. 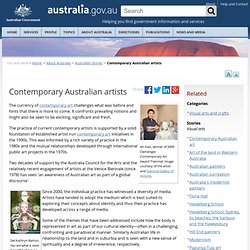 Image courtesy of the artist and .