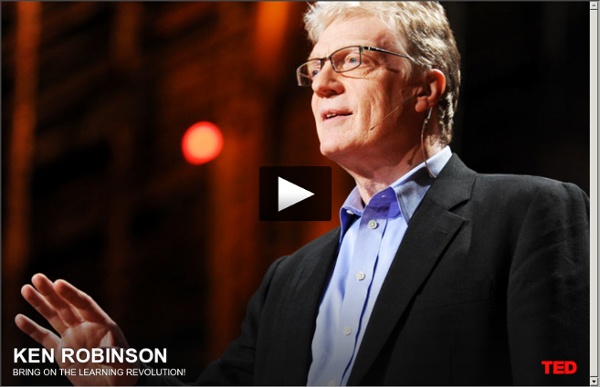 201 Ways to Arouse Your Creativity Arouse your creativity Electric flesh-arrows … traversing the body. A rainbow of color strikes the eyelids. A foam of music falls over the ears. It is the gong of the orgasm. ~ Anais Nin Creativity is like sex. Constructionism Seymour Papert Seymour Papert defined constructionism in a proposal to the National Science Foundation entitled Constructionism: A New Opportunity for Elementary Science Education as follows: "The word constructionism is a mnemonic for two aspects of the theory of science education underlying this project. From constructivist theories of psychology we take a view of learning as a reconstruction rather than as a transmission of knowledge. Then we extend the idea of manipulative materials to the idea that learning is most effective when part of an activity the learner experiences as constructing is a meaningful product.".[2] As Papert and Idit Harel say at the start of Situating Constructionism, "It is easy enough to formulate simple catchy versions of the idea of constructionism; for example, thinking of it as 'learning-by-making'. Here is one type of theory that constructivist learning theory can be applied in a classroom setting.

The Cambridge Schools Debating Competition Competition Structure The competition is divided into three rounds: the Local Rounds, Regional Finals and Finals Day. The Local Round will be hosted at a School in your area. WALC2011 The active learning model is currently utilized in many undergraduate programs throughout the United States and continues to expand at the university level. Research shows that implementation of the active learning model results in a significant increase in students’ knowledge retention and improvements in student performance. Particularly impressive gains have been documented among groups of students that traditionally have been under-represented in science.

Deschooling Society Contents Introduction xix 1 Why We Must Disestablish School 1 2 Phenomenology of School 25 Three Principles Behind All Tools || Take me back to the main ToolKit page || || Take me back to the DirectedCreativity Home page || There are many tools for creative thinking in the literature... Edward de Bono presents 13 tools in his book Serious Creativity Grace McGartland has 25 tips and techniques in Thunderbolt Thinking(TM) Arthur VanGundy covers 29 tools in Idea Power Michael Michalko describes 34 techniques in Thinkertoys Roger von Oech has 64 methods in his Creative Whack Pack Koberg and Bagnall give guidance on 67 tools in The Universal Traveler James Higgins tops them all with his book 101 Creative Problem Solving Techniques. While there is overlap among these compilations, there are at least 250 unique tools in these seven books.

Constructivism Jean Piaget: founder of Constructivism In past centuries, constructivist ideas were not widely valued due to the perception that children's play was seen as aimless and of little importance. Jean Piaget did not agree with these traditional views, however. International Philosophy Grudgematch "Good afternoon, and welcome to a packed Olympic stadium in Munchen for the second leg of this exciting final. And here comes the Germans now, led by their skipper 'Lobby' Hegel. They must truly be favorites this afternoon. They've certainly attracted the most attention from the press with their team problems." —Monty Python, Live at the Hollywood Bowl Oi!

2010 Horizon Report Download the 2010 Horizon ReportPDF • ePub (also available in other languages) The 2010 Horizon Report is a collaboration betweenThe New Media Consortium and theEDUCAUSE Learning Initiative An EDUCAUSE Program © 2010, The New Media Consortium. Permission is granted under a Creative Commons Attribution-NonCommercial-NoDerivs license to replicate and distribute this report freely for noncommercial purposes provided that it is distributed only in its entirety. To view a copy of this license, visit creativecommons.org/licenses/by-nc-nd/3.0/ or send a letter to Creative Commons, 559 Nathan Abbott Way, Stanford, California 94305, USA.

Dogs Play Key Role in Life at Some Private Schools Poly Prep Country Day SchoolAwaiting orders: Fenway, the headmaster’s dog, at Poly Prep Country Day School in Bay Ridge, Brooklyn. Dr. Evil had his cat, Mr. Creative Techniques This A to Z of Creativity and Innovation Techniques, provides an introduction to a range of tools and techniques for both idea generation (Creativity) and converting those ideas into reality (Innovation). Like most tools these techniques all have their good and bad points. I like to think of these creativity and innovation techniques as tools in a toolbox in much the same way as my toolbox at home for DIY. It has a saw, spanner, hammer, knife and all sorts of other things in it, they are all very useful, but you have to pick the right tool (creativity / Innovation technique) for each job. This site will try and provide a little guidance along with each tool to let you know whether it's best used for cutting paper or putting in nails. For the future, the aim is to also have sub-categories which will identify Techniques for;

Project-based learning Project-based learning (PBL) is considered an alternative to paper-based, rote memorization, teacher-led classrooms. Proponents of project-based learning cite numerous benefits to the implementation of these strategies in the classroom including a greater depth of understanding of concepts, broader knowledge base, improved communication and interpersonal/social skills, enhanced leadership skills, increased creativity, and improved writing skills. John Dewey initially promoted the idea of "learning by doing."

Great point! I'm letting my students do some teaching this week. It's not much, but it's a start. by jdrinkwine Feb 9