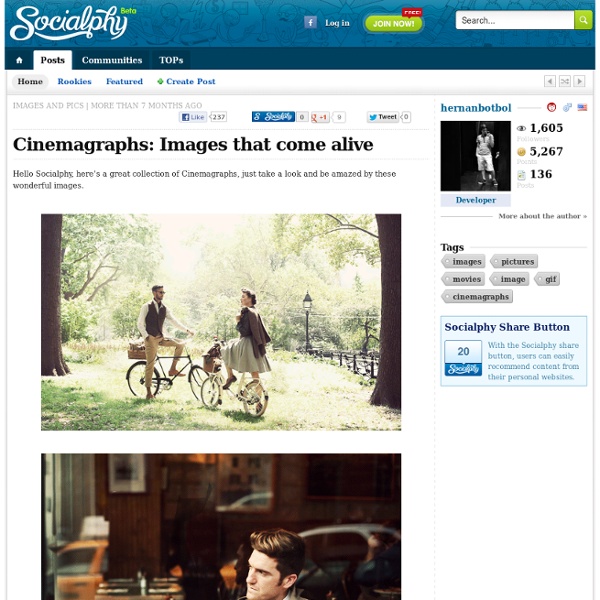 How Do You Create A Culture Of Innovation? This is the third part in a series by Scott Anthony, author of The Little Black Book Of Innovation. It sounds so seductive: a “culture of innovation.” The three words immediately conjure up images of innovation savants like 3M, Pixar, Apple, and Google--the sorts of places where innovation isn’t an unnatural act, but part of the very fabric of a company. It seems a panacea to many companies that struggle with innovation. But what exactly is a culture of innovation, and how does a company build it? While culture is a complicated cocktail, four ingredients propel an organization forward: the right people, appropriate rewards and incentives, a common language, and leadership role-modeling. The Innovator’s DNA Has Four Components If you ask most people what makes a great innovator, the most common response is innate gifts from parents or a higher power. At the core is what the professors call “associational thinking.” Questioning: Asking probing questions that impose or remove constraints.

MIT Creates Amazing UI From Levitating Orbs Anyone else see The Avengers? Just like in Iron Man 1 and 2, Tony Stark has the coolest interactive 3-D displays. He can pull a digital wire frame out of a set of blueprints or wrap an exoskeleton around his arm. Those moments aren’t just sci-fi fun; they’re full of visionary ideas to explore and manipulate objects in 3-D space. Jinha Lee, from the Tangible Media Group of the MIT Media Lab, in collaboration with Rehmi Post and Hiroshi Ishii, has been playing with the idea of manipulating real floating objects in 3-D space to create a truly tactile user interface. It’s essentially a small field in which gravity doesn’t overcome an object. “There is something fundamental behind motivations to liberate physical matter from gravity and enable control. Interviewing Lee, I realized he’s one-part scientist, one-part philosopher. Whereas we are captivated by this empty pocket of air, Lee has hidden the real magic just above where there’s a 3-D actuator housing an electromagnet.

Aerial Data Visualisation Reveals Life In The United States PBS is exploring the hidden patterns and rhythms that make America work. They are taking this data and visualizing it in a series being called, “America Revealed.” Visualization of internet distribution The pinpointed distribution of the unemployed Domino’s Pizza’s raw ingredients’ delivery routes in the Northeast U.S. electricity network routes The New York pizza delivery path of one Domino’s employee on a Friday night New York’s public transportation paths Patterns of planes’ flight paths Traced paths of deceased bodies being transported to their hometowns U.S. imports and exports of beef All the people in America’s towns and cities Single food outlet of a nationwide chain, such as fast food resturants, supermarkets or grocery stores, bakeries, gourmet shops and restaurants. From The Web Leave a comment comments Tags: infographic

Lesson Plan for Making a Speaker Laboratory ©1995 The Regents of the University of California by Regan Lum Introduction: A speaker is a device that converts an electronic signal into sound. The speaker you will build (see figure 1) consists of a Styrofoam or paper cup, a coil of wire, a permanent magnet, and a signal source. The electronic signal goes through the coil and creates a varying electromagnet. figure 1 Purpose: In this laboratory, you will explore how a speaker works. Materials: 1 permanent magnet 2 feet of wire 1 pencil tape or glue 1 Styrofoam or paper cup 1 signal source (tape player) 1 plug with alligator clips for tape player Procedure: Assemble material as shown in figure 1. Leaving about 10 centimeters on the end, wrap the wire around a pencil to make a wire coil and tape or glue it to the bottom of the cup. Conclusion Does the volume control on the tape player work on your speaker? Return to CEA Science Education Home Page

Creators - Dedicated to inspiring designers, inventors & the creative spirit in all of us. August 22, 2013 Artist’s Work Paints a Beautiful Picture Animations Tyrus Wong, a 102-year-old artist’s work influenced the visual direction of Bambi in 1941. An exhibition at the Walt Disney Family Museum in San Francisco will be held to celebrate Wong’s work. According to the Disney Museum site, the drawings felt different from what is commonly known for Disney animation and this is what caught Walt Disney’s eye. Copyright Davison 2013 Sources: August 20, 2013 Hope “Floats” for those with Carpal Tunnel Product Innovation This levitating wireless computer mouse was invented by Vadim Kibardin of Kibardin Design, in order to help prevent and treat the contemporary disease, carpal tunnel syndrome. The levitating mouse consists of a mouse pad base and a floating mouse with a magnet ring. Source: August 15, 2013 Pin It

LED Lights Make Augmented Vision a Reality | Elemental LED Academy LED Lights Make Augmented Vision a Reality Okay, this is just freaky. We know LED lights are versatile enough to be used for practically anything, but LED contact lenses? Once miniature green LEDs are developed (and they’re in the works, as of now), full color displays will be possible. Lead researcher Babak Parvis comments “You won’t necessarily have to shift your focus to see the image generated by the contact lens,” it would just appear in front of you and your view of the real world will be completely unobstructed when the display is turned off. Ah, the real world. Thanks to Extreme Tech for the quote and Trendhunter for the images. By the way, these freaky LED contact lenses may still be a product of the future, but a lot of cool LED products are of the present!

dentsu: paint sound sculptures oct 06, 2010 dentsu: paint sound sculptures the creative studio dentsu, teamed up with photographer linden gledhill to create this series of paint sculptures using sound vibrations. the series was part of a campaign for canon’s pixma ink printer brand. the photographs and videos begin by wrapping a membrane around a small speaker. ink drops were placed on this membrane and the speaker was turned on. once it began to vibrate the ink begins to jump up and down. high-speed video cameras and still cameras were used to capture this including circling around the sculptures to see them from all angles. experimenting with different sounds and frequencies created the various pieces. nate archer I designboom 21 GIFs That Explain Mathematical Concepts “Let's face it; by and large math is not easy, but that's what makes it so rewarding when you conquer a problem, and reach new heights of understanding.” Danica McKellar As we usher in the start of a new school year, it’s time to hit the ground running in your classes! Math can be pretty tough, but since it is the language in which scientists interpret the Universe, there’s really no getting around learning it. Check out these gifs that will help you visualize some tricky aspects of math, so you can dominate your exams this year. Ellipse: Via: giphy Solving Pascal triangles: Via: Hersfold via Wikimedia Commons Use FOIL to easily multiply binomials: Via: mathcaptain Here’s how you solve logarithms: Via: imgur Use this trick so you don’t get mixed up when doing matrix transpositions: Via: Wikimedia Commons What the Pythagorean Theorem is really trying to show you: Via: giphy Exterior angles of polygons will ALWAYS add up to 360 degrees: Via: math.stackexchange Via: imgur Via: Wikimedia Commons Via: reddit