Education For Whom and For What? 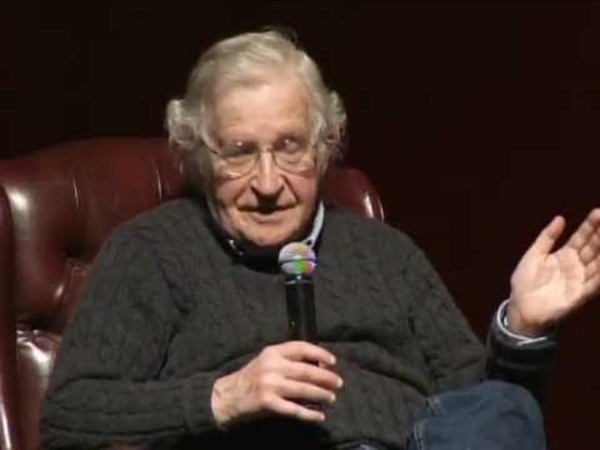 Related:  Language in Use • Educational Models • Chomsky on Education

Shakespeare's Theatre - Essential Information on Shakespeare's Globe Theatre, Blackfriars theater Quote in Context Thou seest we are not all alone unhappy, This wide and universal theatre Presents more woeful pageants than the scene Wherein we play in. (As You Like It, 2.7.138) "The general meaning of this word is simply a kind of dumb-show procession. One of the earliest meanings of pageant referred to the stage, platform or scaffold on which such scenes were acted. Riesman model of Education and Culture In April 1997 the Harvard University Gazette reported, "The journal Contemporary Sociology has named the best-selling sociology book ever... The Lonely Crowd (Yale University Press) by David Riesman, [with] Nathan Glazer, and Reuel Denney, which the journal says has sold some 1.4 million copies since it was published in 1950." Interestingly, if the web is anything to go by, it is the fact of its popularity and influence which is most remarked, rather than what it says. I once met Riesman when I was an undergraduate, and he was a visiting professor. What follows is a sedimented account of the main argument of the book, with particular reference to education. RIESMAN D, with GLAZER N and DENNEY R (1950) The Lonely Crowd: a study of the changing American character New Haven; Yale University Press (revised and abridged ed. Riesman starts from a demographic phenomenon—the "S-curve" of population growth as societies or countries become developed: Armstrong (2001) pp. 87-88

Walter Lippmann, wikipedia Early life[edit] Career[edit] Lippmann was a journalist, a media critic and an amateur philosopher who tried to reconcile the tensions between liberty and democracy in a complex and modern world, as in his 1920 book Liberty and the News. In 1913, Lippmann, Herbert Croly, and Walter Weyl became the founding editors of The New Republic magazine. During World War I, Lippmann was commissioned a captain in the Army on June 28, 1918 and was assigned to the intelligence section of the AEF headquarters in France. Through his connection to Colonel House, he became an adviser to President Woodrow Wilson and assisted in the drafting of Wilson's Fourteen Points speech. Walter Lippmann in 1914 It was Lippmann who first identified the tendency of journalists to generalize about other people based on fixed ideas. Though a journalist himself, he did not assume that news and truth are synonymous. The basic problem of democracy, he wrote, was the accuracy of news and protection of sources. Death[edit]

Michel Foucault: Free Lectures on Truth, Discourse & The Self Image by Lucas Barroso Félix, via Wikimedia Commons Michel Foucault (1926-1984) was an enormously influential French philosopher who wrote, among other things, historical analyses of psychiatry, medicine, the prison system, and the function of sexuality in social organizations. He spent some time during the last years of his life at UC Berkeley, delivering several lectures in English. And happily they were recorded for posterity: These last lectures are also available on YouTube (in audio format). One of Foucault's more controversial and memorable books was Discipline and Punish (1977), which traced the transition from the 18th century use of public torture and execution to--less than 50 years later--the prevalence of much more subtle uses of power, with a focus on incarceration, rehabilitation, prevention, and surveillance. Here he is in 1983 commenting on that book (thanks for the link to Seth Paskin). Would you like to support the mission of Open Culture? Related Content:

The student authored syllabus Author: Suz Burroughs In either formal learning, informal learning or models which transition between the two, there are many opportunities for learners to co-create the syllabus and/or outline their own course of action. The sage on the stage of formal instruction must become at the most a guide on the side who acts as a coach appearing only when needed rather than as a lecturer who determines the content that the learners need to master. In the following inspirational but certainly not prescriptive examples, we will focus on co-learning methods drawn from a Social Constructivist perspective, which fits nicely here. We offer a few examples below to show a range of learner centered approaches. The following methods will result in each co-learner gaining deep knowledge in a specific topic and moderate knowledge across several topics. We also need effective methods for groups which contain novices, experts, and everyone in between. 3 example designs to structure the learning Content Tests.

The Difference Between ESL and EFL: Teaching English Differing Strategies For starters, an ESL classroom is far more likely to have students from many different countries, all with different native languages, whereas an EFL classroom isn’t. In this instance, the teacher needs to be prepared for different cultures and different linguistic mistakes along the way. A student from Korea, for example, is going to have different pronunciation mistakes from a student that comes from France. On top of this, when students learn a foreign language, they transfer (translate) from their mother tongue to the target language. In this instance, they will have different grammatical mistakes when learning, and the differing mistakes need to be accounted for in the teaching strategy. On the other hand, a classroom of EFL students will usually all be from the same country. Moreover, ESL students will also have a different reason for learning English.

The Challenge of Open Education | Pantò | Journal of e-Learning and Knowledge Society The Challenge of Open Education Eleonora Pantò, Anna Comas-Quinn Abstract Digital culture and the remix culture it has generated have changed the way in which knowledge and learning are constructed.‬ This work is licensed under a Creative Commons Attribution 3.0 License. Journal of e-Learning and Knowledge Society | ISSN (online) 1971 - 8829 | ISSN (paper) 1826 - 6223 © 2014 Je-LKS - Italian e-Learning Association (SIe-L).

Committee on Public Information The Committee on Public Information, also known as the CPI or the Creel Committee, was an independent agency of the government of the United States created to influence U.S. public opinion regarding American participation in World War I. Over just 28 months, from April 13, 1917, to August 21, 1919, it used every medium available to create enthusiasm for the war effort and enlist public support against foreign attempts to undercut America's war aims. It primarily used the propaganda techniques to accomplish these goals. Organizational history[edit] Establishment[edit] President Woodrow Wilson established the Committee on Public Information (CPI) through Executive Order 2594 on April 13, 1917.[1] The committee consisted of George Creel (chairman) and as ex officio members the Secretaries of: State (Robert Lansing), War (Newton D. Activities[edit] Poster encouraging consumption of more cottage cheese as a replacement for meat. Organizational structure[edit] Media incidents[edit] Staff[edit]

Related:
Related:  Language in Use   -  Educational Models   -  Chomsky on Education