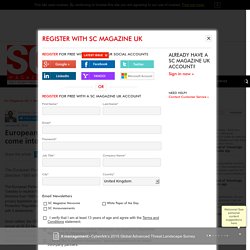 European flag The European Parliament informally agreed Tuesday to replace the EU Data Protection Directive from 1995 with new comprehensive privacy legislation called the General Data Protection Regulation backed by 48 votes to 4, with 4 abstentions. Missteps in Europe’s Online Privacy Bill. The European Union could soon adopt a law that would strengthen online privacy protections for consumers, but it would come at a cost to free expression and leave a redacted history for Internet users. 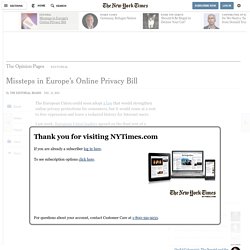 Last week, European Union leaders agreed on the final text of a privacy bill that the European Parliament will vote on next month. The law, which would go into effect in 2018, would require that companies explicitly obtain permission from people before using their data. Consumers would also have the right to examine and correct the information or transfer it to other companies. EU data protection reform may promise more than it delivers. Britain opts out of EU law setting social media age of consent at 16. The proposed rules will set the age of consent for internet services that use personal data, including email, social media and apps at 16, instead of 13 as in many countries around the world. 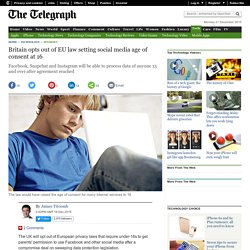 As originally planned, it would have meant millions of teenagers requiring permission to use popular internet services including Facebook, Snapchat and Instagram. "Concerns have been listened to and the UK's age of consent will not be forced to change," said Conservative MEP Timothy Kirkhope, who led negotiations for the European Conservatives and Reformists group. In talks on Data Protection this thorny issue of age of consent for FB etc sorted - Countries can go down to 13 with National Law.— Timothy Kirkhope MEP (@TimKirkhopeMEP) December 15, 2015 Raising the age of consent to 16 would have caused a major headache for internet services and apps like Facebook, Instagram, Snapchat, Google and Twitter, which currently have minimum ages of 13. 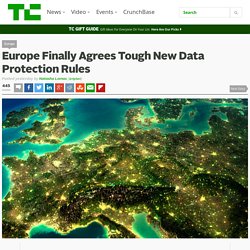 The 28 Member States of the European Union will have two years to transpose the provisions of the GDPR into their national laws, with the regulation set to come into force from 2018. There are still a few more stages in the process — although the Parliament, Council and Commission agreed the text yesterday there’s a further confirmation vote tomorrow by the Civil Liberties Committee, and another vote by the European Parliament as a whole in the new year — but the Commission’s aim of finalizing data protection reform in 2015 has been met.

Věra Jourová, Commissioner for Justice, Consumers and Gender Equality, dubbed the rules “clear” and “fit for the digital age”. Commenting on the agreement in a statement, Andrus Ansip, VP for the Digital Single Market, argued the GDPR will “remove barriers and unlock opportunities”. New data porting rules mustn't overburden businesses with costs, says UK minister. Rules designed to enable consumers to move their data from one platform to another should not be so costly to comply with that they serve as a "barrier to entry" into markets, the UK's parliamentary under-secretary of state for the Department for Business, Innovation has said. 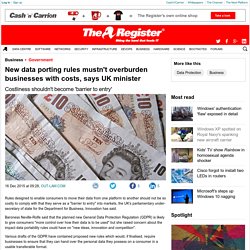 Baroness Neville-Rolfe said that the planned new General Data Protection Regulation (GDPR) is likely to give consumers "more control over how their data is to be used" but she raised concern about the impact data portability rules could have on "new ideas, innovation and competition". Various drafts of the GDPR have contained proposed new rules which would, if finalised, require businesses to ensure that they can hand over the personal data they possess on a consumer in a usable transferable format. "So you have got these tensions in these innovative areas.

EU will not raise social media age limit to 16. Image copyright Thinkstock The European Union's member states will set their own age limits for social media use after they failed to agree on a uniform policy. 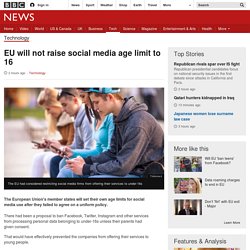 There had been a proposal to ban Facebook, Twitter, Instagram and other services from processing personal data belonging to under-16s unless their parents had given consent. That would have effectively prevented the companies from offering their services to young people. EU data laws threaten huge fines. Image copyright Thinkstock Technology companies could face fines of up to 4% of their global annual turnover under new European rules on data protection. 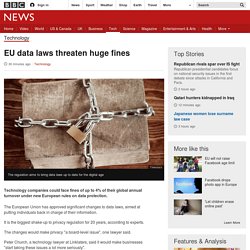 The European Union has approved significant changes to data laws, aimed at putting individuals back in charge of their information. EU strikes deal on data protection rules. Marking the biggest changes to privacy laws in the European Union in two decades, negotiators agreed on data protection rules Tuesday night that will give consumers more muscle and threaten companies with hefty fines. 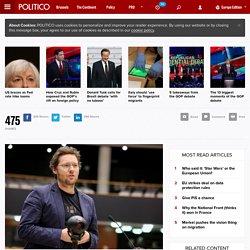 The 28 member countries must adapt their national laws or pass new ones within two years from the new law’s official publication, expected early next year. Broadly speaking, the general data protection regulation gives consumers more control over how their data is used and retained. Companies that don’t abide by the rules will face fines up to 4 percent of global sales. Negotiators also thrashed out an accompanying directive that covers data transfers between law enforcement agencies across the bloc.

GDPR to raise digital age of consent for online services. If Alice fell down the rabbit hole in 2015, it wouldn’t take an Oxford don to document her adventures. 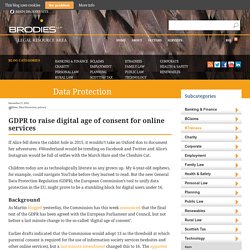 #Wonderland would be trending on Facebook and Twitter and Alice’s Instagram would be full of selfies with the March Hare and the Cheshire Cat. Children today are as technologically literate as any grown up. My 4-year-old nephews, for example, could navigate YouTube before they learned to read. EU Gives Thumbs-Up On Stricter Data Privacy Laws. A new consumer privacy and data protection law has hit the books in Europe that will give European consumers far more control over how their personal data is used. 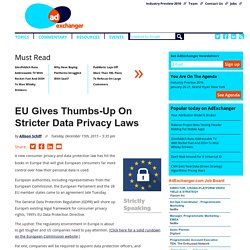 European authorities, including representatives from the European Commission, the European Parliament and the 28 EU member states came to an agreement late Tuesday. The General Data Protection Regulation (GDPR) will shore up Europe’s existing legal framework for consumer privacy rights, 1995’s EU Data Protection Directive. The upshot: The regulatory environment in Europe is about to get tougher and US companies need to pay attention.

[Click here for a solid rundown on the European Commission website.] EU agrees on new law that severely punishes firms for violating user privacy. European Union negotiators have finally agreed on the text of a significant new data protection and privacy law after years of debate. On Tuesday, the European Commission, the European Parliament, and the European Council came to a consensus on the language of the text, which has not yet been released in its entirety. (The most recent previous draft Ars was able to locate was dated November 27, 2015.) Notably, the agreement sets the maximum corporate fine for violating user privacy to four percent of a company’s worldwide revenue—significantly more than the marginal sums that companies like Facebook and Google have paid in the past.

EU Officials Reach Agreement on Text of New Privacy Law. Firms to face stiff fines under new EU data protection law. Voici les 209 pages du règlement européen sur les données personnelles - Politique - Numerama. EU privacy law to require opt-in and make data processors share in responsibility. The shape of future European Union privacy legislation is becoming clearer, as lawmakers closed in on an agreement late Tuesday. Companies will have to obtain customers' consent before collecting and processing their personal data, and could be fined as much as 4 percent of annual revenue for breaches of the rules. That would put potential penalties for giants like Google and Facebook in the hundreds of millions or billions of euros, compared to the paltry fines of tens or hundreds of thousands of euros that national privacy regulators can impose even for mass data breaches today.

Europe Approves Tough New Data Protection Rules. Photo European officials approved long-awaited data protection regulations on Tuesday, the latest effort in the region to give people a greater say over how their digital information is collected and managed. The changes, expected to go into effect by early 2017, would put into law across the 28-member European Union some policies now enforced after court rulings or in specific countries only.