Why we procrastinate by Vik Nithy @ TEDxYouth@TheScotsCollege 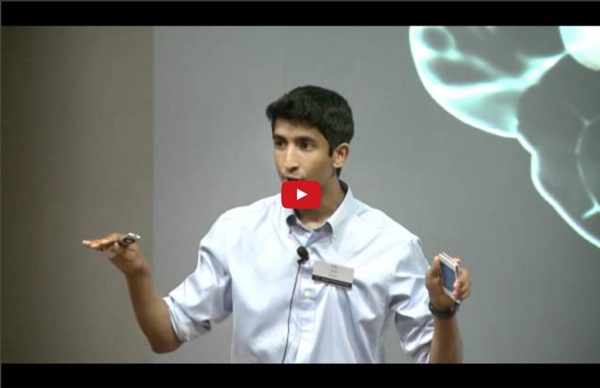 Watch Out TED Talks: Here Comes A New Generation TED’s educational arm is launching TED-Ed Clubs, an effort to support students who research, write and present and record their own ideas in a TED talk format. “The goal is to stimulate and celebrate the best ideas of students around the world,” said TED-Ed Director Logan Smalley. TED-Ed piloted the project with 100 schools, focusing mostly on middle and high school aged students. Most of the pilot schools started with TED-Ed clubs held during lunch or after school, but some teachers incorporated materials into the classroom. TED-Ed also offers free guiding materials for 13 club meetings, taking students through the step-by-step process of creating a TED talk. “It’s about sparking the question of what makes a great presentation, both content and how you present,” Smalley said.

Why 6-Year-Old Girls Want To Be Sexy (STUDY) By: Jennifer Abbasi, LiveScience Contributor Published: 07/16/2012 12:18 PM EDT on LiveScience Most girls as young as 6 are already beginning to think of themselves as sex objects, according to a new study of elementary school-age kids in the Midwest. Researchers have shown in the past that women and teens think of themselves in sexually objectified terms, but the new study is the first to identify self-sexualization in young girls.

10 talks on being creative Radio host Julie Burstein has found the perfect analogy for creativity—raku pottery. A Japanese art form in which molded clay is heated for 15 minutes and then dropped in sawdust which bursts into flames, what makes this pottery so beautiful is its imperfections and cracks. Burstein interviewed hundred of artists, writers, musicians and filmmakers for her book, Spark: How Creativity Works, and heard many of them describe their process in similar terms — that the best parts of their work came from embracing challenges, misfortunes and the things they simply couldn’t control.

This Super Stylish 9-Year-Old CEO Will Make You Feel Lazy By now, you've probably seen a fair share of kids who dress better than adults. But have you ever seen a kid with an absurdly keen fashion sense who is also the CEO of his own company at age 9? Meet Mr. Cory, founder and CEO of Mr. Cory's Cookies (yes, really.) The business- and sartorially- savvy pre-pre-teen became interested in fashion at the age of five, and runs a homemade cookie business with his mom based out of their New Jersey home. ‘Mind uploading’ featured in academic journal special issue for first time (Credit: stock image) The Special Issue on Mind Uploading (Vol. 4, issue 1, June 2012) of the International Journal of Machine Consciousness, just released, “constitutes a significant milestone in the history of mind uploading research: the first-ever collection of scientific and philosophical papers on the theme of mind uploading,” as Ben Goertzel and Matthew Ikle’ note in the Introduction to this issue. “Mind uploading” is an informal term that refers to transferring the mental contents from a human brain into a different substrate, such as a digital, analog, or quantum computer. It’s also known as “whole brain emulation” and “substrate-independent minds.”

The Greatest Ever Economic Change 13 September 2012 The Greatest Ever Economic Change Professor Douglas McWilliams Introduction I am very grateful to Gresham College for allowing me to borrow the title of Mercers School Memorial Professor of Commerce for three years. The Real Reason Your Job Isn't the Right Fit Have you ever been told how lucky you are to have your job—and felt a sense of utter confusion? Maybe you just can’t put your finger on what exactly you don’t like about your current role, and because of that you’re still there, especially since people keep telling you how happy you should be. If this is you, fret not. This could be a case of unidentified career values. What are Career Values?

Richard Dawkins Foundation for Reason and Science Stone Age artists were painting red disks, handprints, clublike symbols, and geometric patterns on European cave walls long before previously thought, in some cases more than 40,000 years ago, scientists reported Thursday, after completing more reliable dating tests that raised a possibility that Neanderthals were the artists. A more likely situation, the researchers said, is that the art - 50 samples from 11 caves in northwestern Spain- was created by anatomically modern humans fairly soon after their arrival in Europe. The findings seem to put an exclamation point to a run of recent discoveries: direct evidence from fossils that Homo sapiens populations were living in England 41,500 to 44,200 years ago and in Italy 43,000 to 45,000 years ago, and that they were making flutes in German caves about 42,000 years ago. Then there is the new genetic evidence of modern human-Neanderthal interbreeding, suggesting a closer relationship than had been generally thought.

How to Discover Your Career Sweet Spot Do you know your “sweet spot” when it comes to work? I often find that many people don’t have the first clue. Sometimes we discover our strengths over many years of trial and error. We throw ourselves into work situations that don’t fit our strengths well and then we become frustrated with our lack of progress. We see other people in our same field and wonder why it seems so easy for them and yet hard for us. A laughing matter Dishing up tacos and burritos to hungry college students may not sound like much fun, but the women behind the counter at Salsa Rico look like they're having a pretty good time. Their heads are thrown back in laughter as they yell out to each other from either end of the steam tables. Meanwhile, a student grabbing a quick solo meal stands straight-faced near the cash register.

How Minecraft and Duct Tape Wallets Prepare Our Kids for Jobs That Don’t Exist Yet EdSurge Newsletters Receive weekly emails on edtech products, companies, and events that matter. When I was 11 I loved designing web pages and playing Sim City. Adults in my life didn’t recognize these skills as valuable, so neither did I. Men's Journal Magazine - Men's Style, Travel, Fitness and Gear Courtesy Michael Finkel These are my final words: "Why a camp chair?" I speak them to a man named Wade. Wade from Minnesota.