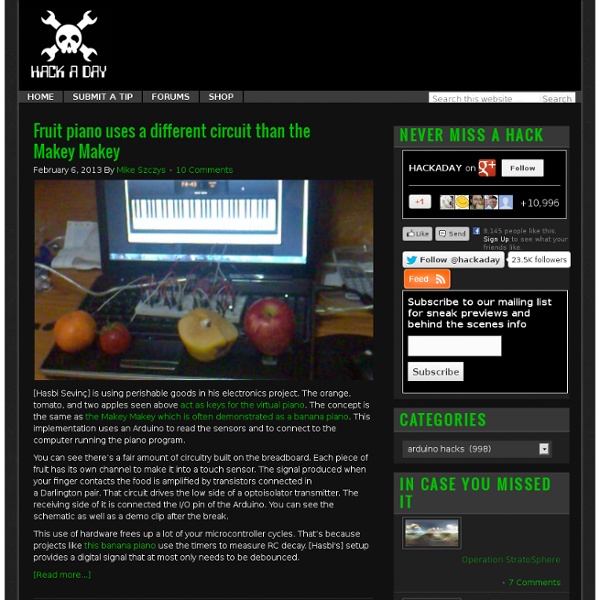 How To Use App Inventor With Arduino UPDATE 23-12-2013: changed their whole website… So the source file that previously you could use to edit on their website, only works with AppInventor version 1.0 or also called classic that you can see here Click the button: “Invent your own Apps now” . This project still works just fine with my app and with my Arduino code. But you can only edit the source code on Appinventor classic version. I’ll try to update the source code in the next 4 weeks or something. After so many requests, I’ve decided to create this quick tutorial! This will help you understand how App Inventor works and how it can interact with your arduino via bluetooth. Watch this Video Tutorial! Download all my source code below: (You can download all the source code used in this video, by clicking share!) Arduino SketchBlueLED.apkBlueLED Source files (for editing purpose) Click Here to Download This content is locked! Parts: Schematics Tips: P.S.

Introducing GertDuino Gert van Loo is one of the Raspberry Pi Foundation’s earliest volunteers. We wouldn’t have a Raspberry Pi without Gert; he did the hardware engineering for the alpha boards which turned into the eventual Raspberry Pi you’ve got on your desk/taped behind the TV/in your ping-pong robot today. Gert created the Gertboard – our favourite GPIO expansion board – shortly after we launched Raspberry Pi. Besides these personal projects he still volunteers with us: he’s a forum mod, he worked on the Raspberry Pi camera board, he’s working on kids’ electronics kits for the Pi with us, and he dropped by the other day to show me a few of his latest projects, including GertDuino. We’re very excited about GertDuino. Gert says: “There has been a discussion on the forum from the beginning about the partnership that a Raspberry Pi and an Arduino can have. Here’s a spot of home video that Gert shot during development, all excited because he got a motor shield working for the first time.

untitled Temperature Measurment using the Dallas DS18B20 copyright, Peter H Anderson, Baltimore, MD, May 6, '07 Introduction Note that this is my first venture using the Arduino and I am amazed with the possibilities. I am also amazed with the amount of dedicated talent that has gone into the Arduino effort. I used and a FTDI TTL-232R USB-to-TTL serial cable. This program continually measures the temperature at three points using the Dallas DS18B20 1-W thermometer. My plan is to extend this to illustrate how to interface with the DS2438 battery monitor to measure a voltage and a temperature, the DS2423 which has two 32 bit counters and the DS2450 quad A/D converter. I realize there is a library of OneWire routines. Detailed Discussion. Each transmission is initiated with a reset (or presence) pulse, by bringing the signal lead low for 500 us and then back to high-Z for 500 us. The commands 0xcc (skip ROM) followed by 0x44 (perform temperature measurement) are written to the device.

Exploring Arduino | Companion Site for the Book by Jeremy Blum Arduino Arduino is an open-source computer hardware and software company, project and user community that designs and manufactures kits for building digital devices and interactive objects that can sense and control the physical world.[1] Arduino boards may be purchased preassembled, or as do-it-yourself kits; at the same time, the hardware design information is available for those who would like to assemble an Arduino from scratch. The first Arduino was introduced in 2005. The project leaders sought to provide an inexpensive and easy way for hobbyists, students, and professionals to create devices that interact with their environment using sensors and actuators. Common examples for beginner hobbyists include simple robots, thermostats and motion detectors. History[edit] Arduino started in 2005 as a project for students at the Interaction Design Institute Ivrea in Ivrea, Italy. Hardware[edit] An official Arduino Uno with descriptions of the I/O locations Official boards[edit] Shields[edit]

4051 A multiplexer or demultiplexer enables you to expand the in-and outputs on your Arduino board. The 4051 is an 8 channel analog multiplexer / demultiplexer, thus: If you use the 4051 as a Multiplexer: You can choose between 8 different inputs and select just one you want to read at the time.If you use the 4051 as a Demultiplexer you can choose between 8 different outputs and select just one you want to write at the time. Futhermore, the 4051 is able to work with analog values; in the case of the Arduino, you are able to use the analog inputs with a voltage between 0-5V and route them to an Analog-In Pin on your Arduino. To select the Pin we would like to read or write, we have to use the three Select Pins (S0, S1 and S2). Each of these pins have to be connected to one digital out pin on the Arduino. If S0 and S1 are HIGH and S2 is LOW pin y3 is selected (1+2+0 = 3).If S0 and S2 is HIGH and S1 LOW pin y5 is selected (1+0+4 = 5). (edited by tomek ness (k3/fhp))

Sensing Barometric Pressure | BMP085 Light, location, temperature… What’s next? Well, how about Barometric pressure? You know.. that thing that determines so much of our weather. Well the BMP085 Barometric Pressure sensor, available at SparkFun is a great little sensor capable of sensing such small changes in barometric pressure it can be used as a pretty precise altimeter as well. For this example, the way we will be calculating altitude is imprecise and does not compensate for temperature or many other things that can contribute to differences. The reading differs from my weather report Im not going to get into why this is, but to make comparisons easier, your weather report uses a sea-level compensated reading, not an actual reading. Hooking it up Hooking it up to your Arduino is pretty simple, the BMP085 is an I2C device. Code The code for this is largely copied and based off of Jim Lindblom’s example from SparkFun (Thanks Jim!). The code simply outputs the temperature, pressure, and altitude in the serial terminal.

ELECTRONICLE: Turning an old PC ATX Power Supply into a bench PSU Old ATX power supplies are an excellent and cheap way of getting a power supply that can generate 3.3, 5 and 12 Volts in a stable form and with high currents. It's also really easy to convert them into bench power supplies or to power anything that requires 3.3, 5 or 12 Volts. You can either obtain them from an old PC you have lying around, or one that a business is throwing out. Alternatively, they can be bought really cheaply from places like eBay. Before you open up the PSU unplug it and leave it unplugged for several days prior to opening up the case. Open up the case. You will also need the green wire. Optionally you can also use the grey PWR_OK cable to power up an LED (via a current limiting resistor and ground) to show the power is on. For my conversion I used banana plug sockets. Bundle as many of the red wires together as you can and solder to the base of a red banana socket. Optionally solder a switch and LED to the grey PWR_OK wire. -Brad www.bradlevy.com﻿

How To Make The Easiest Breadboard Arduino Uno...EVER ! - The Breduino ! (& How to Upload Sketches Straight to it !!) With Additional Hardware Options - UPDATED - 2013 Okay now before i start, something about my notes for my step-by-step PICTURE instructables that i Love to create: "i used to label all my pictures within my instructables but it seems instructables.com doesn't show all the notes attached onto pictures with certain web-browsers so i will be only making a few notes Directly onto the Pictures but have the main instructions here in this typed section but for those of you that dont see any notes on the pictures either download and install another web-browser (i Use Opera and have Never had a Problem Seeing Notes on Pictures!) or just look at the notes in this typed-section of the Instructable Guide i have made !! Now, start by chopping up some single-core wire into the different lengths (or just chop them as-you-go!) The Power Supply: Also i used a bit of Green Single-Core wire & its not in the first 3 pictures but you will easily spot it when its used (For the Tactile MicroSwitch!) Now we finally start the Power Supply, lol ! DONE !!!