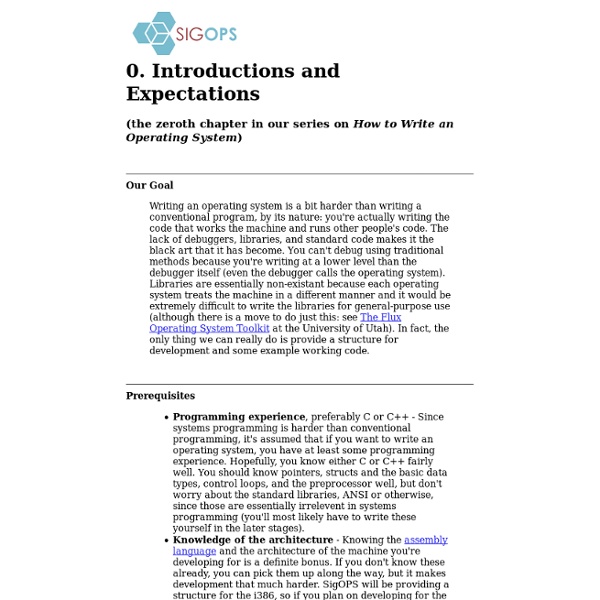 25 Best SSH Commands / Tricks OpenSSH is a FREE version of the SSH connectivity tools that technical users of the Internet rely on. Users of telnet, rlogin, and ftp may not realize that their password is transmitted across the Internet unencrypted, but it is. OpenSSH encrypts all traffic (including passwords) to effectively eliminate eavesdropping, connection hijacking, and other attacks. SSH is an awesome powerful tool, there are unlimited possibility when it comes to SSH, heres the top Voted SSH commands 1) Copy ssh keys to user@host to enable password-less ssh logins. ssh-copy-id user@host To generate the keys use the command ssh-keygen 2) Start a tunnel from some machine’s port 80 to your local post 2001 ssh -N -L2001:localhost:80 somemachine Now you can acces the website by going to 3) Output your microphone to a remote computer’s speaker dd if=/dev/dsp | ssh -c arcfour -C username@host dd of=/dev/dsp This will output the sound from your microphone port to the ssh target computer’s speaker port.

"Algorithm" is Not a Four-Letter Word step | run | reset | Minecraft Script Pictures Wherein you can see nifty pictures, and read some text too. It's minecraft! Yay! The Code Go to this page if you're interested in the code, so you too can modify your Minecraft save files. Intro So, I realized that there is no combined page for the scripts I've been writing for Minecraft. The Story Beginnings Like many of you, I learned about Minecraft through a link from a blog (I think it was Three Panel Soul). The first script I wrote was a simple interface to edit .mclevel files. Next, I started on a script to convert Dwarf Fortress levels to Minecraft levels. Castles Castles! Over the course of a few weeks, I gradually upgraded the code to allow multiple levels, an offset keep, doors, gatehouses, and towers along the walls. Merging Maps During this whole process, I was becoming familiar with the Minecraft forums and the mapping community. Trees While developing the code for making castles, another thought had been growing in my mind. This is by far my most popular script. City Groundwork

Free Programming Resources Kernel links Juan-Mariano de Goyeneche < jmseyas@dit.upm.es > /* * The latest version of this document may be found at: * */ The need for a document like this one became apparent in the linux-kernel mailing list as the same questions, asking for pointers to information, appeared again and again. Fortunately, as more and more people get to GNU/Linux, more and more get interested in the Kernel. Unfortunately, not many documents are available for beginners to start. Please, if you know any paper not listed here or write a new document, send me an e-mail , and I'll include a reference to it here. The papers that follow are listed in no particular order. Enjoy! : "Iptables-tutorial" : Oskar Andreasson. : : iptables, netfilter, firewalls. : The aim of the iptables-tutorial is to explain iptables in a complete and simple way. : "Ipsysctl-tutorial" : : "The Linux Kernel" : R.

What have you tried? » Matt Legend Gemmell If you’re a developer and you’re about to ask another developer a technical question (on a forum, via email, on a chat channel, or in person), you’d better be ready to answer the question “What have you tried?” This of course isn’t specific to software developers, but that’s my field and it’s thus the area in which I’m most familiar with the issue which motivated me to write this. I’m (sadly) quite sure that it applies to your own industry too, whatever that might be. The thing is, there’s a disease in the software development world; a sort of sickness. Now, a quick clarification before I continue: when I say “new recruits”, I don’t just mean graduates and other young people. The illness, of course, is a flawed approach to solving problems. 1) Can we establish http connection in application. if so, i need that code. So where’s the problem? The problem is that this person’s problem-solving technique is to ask for the solution. Note the second step above. But wait.

YouTube Playlists for Learning Programming YouTube has been very good platform for learning any thing. Earlier you have seen 400+ courses on YouTube and 130+ NPTEL courses. There are few more courses especially about computer programming. These are contributed by various individuals. thenewboston: thenewboston is a great youtube channel, has more than 2o playlists covering topics Python, C, Java, iPhone development and web programming like HTML, CSS, PHP. Xoax.net Xoax has more than 200 videos but mainly focuses on C++. PHPacademy As the name suggests, it focuses mainly on PHP and some on MySql. There are more videos on small projects like writing your own search engine for your database, pagination, creating a rating system etc… Related posts: Get more stuff like this