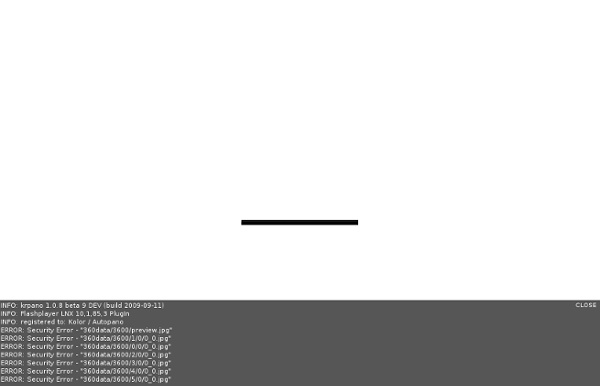 Stunning images of snowflakes under a (frozen) microscope [20 pictures] Researchers at Beltsville Agricultural Research Center have gathered samples of snow from around the country and are studying them under a microscope. To keep the flakes in their original shape, they’re viewed on a surface that has been chilled to -170 Celsius, or -224 Fahrenheit. (The microscope they use is understatedly labeled “low-temperature.”)

Is our Milky Way galaxy a zombie, already dead and we don't know it? Kevin Schawinski, Swiss Federal Institute of Technology Zurich Like a zombie, the Milky Way galaxy may already be dead but it still keeps going. Our galactic neighbor Andromeda almost certainly expired a few billion years ago, but only recently started showing outward signs of its demise. Galaxies seem to be able to “perish” – that is, stop turning gas into new stars – via two very different pathways, driven by very different processes. Galaxies like the Milky Way and Andromeda do so very, very slowly over billions of years. How and why galaxies “quench” their star formation and change their morphology, or shape, is one of the big questions in extragalactic astrophysics.

Search for element 113 concluded at last ScienceDaily (Sep. 26, 2012) — The most unambiguous data to date on the elusive 113th atomic element has been obtained by researchers at the RIKEN Nishina Center for Accelerator-based Science (RNC). A chain of six consecutive alpha decays, produced in experiments at the RIKEN Radioisotope Beam Factory (RIBF), conclusively identifies the element through connections to well-known daughter nuclides. The search for superheavy elements is a difficult and painstaking process.

This 78-page book on physics is selling more copies than 'Fifty Shades of Grey' Apparently, Italians find physics more sexy than S&M – at least for reading material. Since it was published last September, Carlo Rovelli's book Seven Brief Lessons on Physics has sold more copies in Rovelli's native country, Italy, than E.L. James' smash hit Fifty Shades of Grey, The Spectator reported. And the translated English copy has quickly risen to become Penguin's fastest-selling science debut in the publishing company's history. So what's Rovelli's secret? Visions of the Future Imagination is our window into the future. At NASA/JPL we strive to be bold in advancing the edge of possibility so that someday, with the help of new generations of innovators and explorers, these visions of the future can become a reality. As you look through these images of imaginative travel destinations, remember that you can be an architect of the future. Click on any of the thumbnails below to learn more and download a free poster sized image. › Learn more about the posters Can I get copies of these posters from NASA or JPL?

Watch the synchronisation of 32 metronomes (with an explanation behind it) - The Feed Blog (CBS News) A little over a year ago I posted a video on The Feed that showed a physics principle on display in the form of five metronomes that synched to each other with time and the right conditions. And it was very cool to watch we all learned something from it. So how about a quick refresher course, this time with 32 metronomes. Watch physics unfold in the video above.

Return to the Haikyo- Asama Volcano Museum This was my second time to go to the Asama Volcano Museum. The first was on my first haikyo road trip back in 2007- back when I was packing only a cameraphone to shoot with and cared far more about the explore than I did about the photography. It was an amazing place to ‘discover’ for ourselves, our nerves on high wires the whole time as the ethereal music rang out from the rooftop. Physicists Believe They've Discovered a Fifth Fundamental Force of the Universe Although physics may seem complicated to the uninitiated (or even to the trained professional, for that matter), it’s worth remembering that physics deals with only four known forces: gravity (which keeps us from floating off the Earth); electromagnetism (which binds electrons to atoms, and atoms to each other); and two forces that operate over very short distances—the strong nuclear force (which binds atomic nuclei together) and the weak nuclear force (which governs certain kinds of radioactive decay). But if recent experimental work in particle physics pans out, we may have to get used to the idea of a fifth force. The research outlining the evidence for this fifth force was published last week in the journal Physical Review Letters. If the discovery holds up, it will radically shake up what we know about the workings of the universe.

Physics Downloads Download Physics Notebooks UC Physics Lecture Demo PDF files: Click on the links below to download the files. The following PDF file is the entire Physics Lecture Demo Catalog: UC Physics Lecture Demos Index UC Physics Lecture Demo Catalog (30 MB PDF file) The following PDF files are individual chapters from the UC Physics Lecture Demo Catalog: (for people with slower connections, or who just want an individual category of demonstrations.) The Edge Of The Universe Is Closer Than Scientists Previously Thought The visible universe just shrunk by 320 million light-years in all directions, updating a famous calculation that physicists first made 13 years ago. If you're trying to calculate the size of the cosmos, the speed of light — the fastest anything can go — is a tempting place to begin and end. You'd reason that since the Big Bang happened some 13.8 billion years ago, there's a 13.8-billion-light-year radius marking the edge of what mere mortals could see. Not so. As physicists have shown again and again over the past century, space is expanding faster and faster. There's also a blinding glow of light that didn't clear up until about 378,000 years after the Big Bang — an event called recombination (when particles finally cooled down enough to form the first atoms).

Nuclear Power Plant Demonstration by Henrik Eriksson The control-room operators of the Kärnobyl nuclear power plant are telecommuting and are running the plant through the Web. However, the mean time between failure for the components of Kärnobyl is not great. Try to keep the reactor stable when component failures occur! Why the multiverse is all about you - The Philosopher's Zone In general, quantum physicists don't have much truck with big conceptual schemes. But one of their own has broken rank. Christopher Fuchs tells Joe Gelonesi how a particular school of 20th century philosophy helps him make quantum leaps.