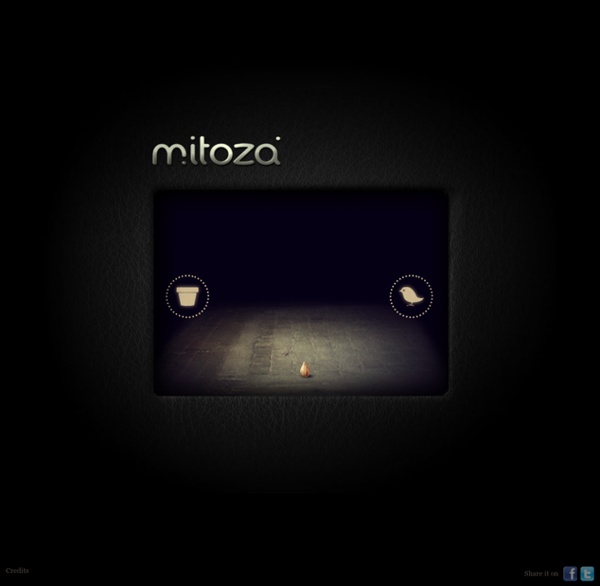 More Deja Vu Theories" The Hologram Theory Dutch psychiatrist Hermon Sno proposed the idea that memories are like holograms, meaning that you can recreate the entire three-dimensional image from any fragment of the whole. The smaller the fragment, however, the fuzzier the ultimate picture. Déjà vu, he says, happens when some detail in the environment we are currently in (a sight, sound, smell, et cetera) is similar to some remnant of a memory of our past and our brain recreates an entire scene from that fragment. Other researchers also agree that some small piece of familiarity may be the seed that creates the déjà vu feeling.

Interesting Facts About Nuclear Weapons Nuclear weapons are and always will be a big topic of discussion. Here are some interesting facts about nuclear weapons. Via: OnlineSchools.org <div align="center"><a href=" src=" alt="Nuclear Weapons" width="500" border="0" /></a><br />Via: <a href=" Infographic</a></div><p> « The Financial State of the American Household Know Your Hand Gestures When Traveling Abroad » The Decline of Classic Nick Thinking over the glory days of my childhood I always feel incredibly blessed that I was of the generation who experienced Nickelodeon at its prime. Anytime the topic of this once great network is brought up in conversation it is impossible to predict when it will ever end. There was far too much quality entertainment on Nickelodeon in the early to late '90s that it made you wonder how things could possibly turn sour? But, by before the '90s took its final bow, things took a turn for the worse.

What the web COULD look like without Net Neutrality by Jess Sloss on October 28, 2009 Welcome bundled services, with money going into your local internet service providers pocket, instead of the developer, creator or service owner’s. Sure, it might not look like this. But I think we can all agree that the world is better off with a Neutral Internet More How to Become a Design Genius: Take Time Off. Lots of It. Stefan Sagmeister is one of the most talented graphic designers working today, so he knows a little bit about keeping his creativity flowing. His trick? Taking really, really long vacations. In fact, every seven years, he takes an entire year off. As Sagmeister describes it in his recent TED talk (which just made it to the Web), we spend our first 25 years learning, the next 40 years working, and the last 15 retired. "I thought it might be helpful to cut off five of those retirement years and intersperse them in between those working years," Sagmeister says.

Jevons' Paradox and the Perils of Efficient Energy Use It's a given among Peak Oilers and New Urbanists alike that the imminent and permanent return of high oil prices will send convulsions through the suburban American landscape. But it's one thing when professional Jeremiahs like James Howard Kunstler preach this to the converted week after week, and something else when the Urban Land Institute and PricewaterhouseCoopers advise commercial real estate investors to "shy away from fringe places in the exurbs and places with long car commutes or where getting a quart of milk takes a 15-minute drive." Oil shocks will do what urban planners can't seem to and the government won't (through sharply higher gas taxes or putting a price on carbon): force people to live at greater densities. How else to explain the hostility directed at Amory Lovins by Kunstler and others? Why unhelpful? In a phrase: Jevons' Paradox.

20 Scary Old School Surgical Tools A quick glance at our gallery of some of history’s gnarliest surgical tools will definitely make you thankful for just how far our industry has progressed throughout time. Browse through images and descriptions of surgical tools dating as far back as the 1600’s – a time when surgery was definitely not for the squeamish. You might think your HMO plan is scary, but at least it doesn’t use these vintage surgical instruments…hopefully. Amputation Knife (1700s) Knives used for amputations during the 18th century were typically curved, because surgeons tended to make a circular cut through the skin and muscle before the bone was cut with a saw. By the 1800s, straight knives became more popular because they made it easier to leave a flap of skin that could be used to cover the exposed stump.

America as it could have been: 8 North American nations that didn’t make it to the 21st Century North America. We all recognise it on a map: it’s the continent above South America. Most of us can even name the countries, Canada, the United States, Mexico... other Spanish speaking ones... But, the point is, it might not have turned out that way. North America could have been as difficult a continent to learn as Europe if history had been different. Religion no excuse for promoting scientific ignorance - science-in-society - 08 February 2011 The US constitution allows people to believe what they want. However, it does not require universities to promote ignorance LAST month, the University of Kentucky in Lexington paid $125,000 to settle a religious discrimination lawsuit brought by astrophysicist Martin Gaskell. Gaskell claimed the university did not appoint him director of their student observatory because of his Christian faith, despite him being the best candidate.