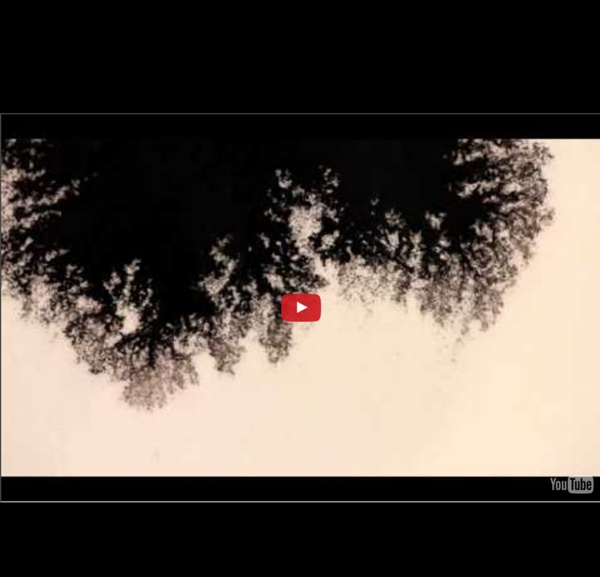 The 6 Creepiest Places on Earth It doesn't matter whether or not you believe in ghosts, there are some places in which none of us would want to spend a night. These places have well earned their reputations as being so creepy, tragic or mysterious (or all three) that they definitely qualify as "haunted." Places like... Aokigahara is a woodland at the base of Mount Fuji in Japan that makes The Blair Witch Project forest look like Winnie the Pooh's Hundred Acre Wood. It probably has something to do with all the dead bodies scattered around. What Niagara Falls is to weddings, Aokigahara is to suicide. vintage + modern design for kids and the home Eri posted a DIY tuto­r­ial for this amaz­ing bird wings cos­tume on her blog, Llevo el Invierno. She pro­vides a free pat­tern that you can down­load as well, sized for chil­dren ages 18 to 36 months. Using the tem­plate she pro­vides, you can assem­ble the wings by either glu­ing or sewing the fabric. Accord­ing to Eri, the project isn’t all that dif­fi­cult. It just takes some time and patience to cut and paste/sew all the pieces of fabric.

How To Draw Trees - Quickly & Easily Learning how to draw trees is a lot easier than you may think... Many budding artists of all ages are put off because they've only previously managed a 'lollipop' that they remember producing when they were at school. And yet, a lollipop isn't a million miles away from many real trees in full summer foliage. Spot and Avoid Facebook Scams "There's a sucker born every minute." That quotation, widely attributed to P.T. Barnum, originally referred to deceptive carnival sideshow attractions, but it's just as relevant to online scams--in particular, Facebook scams--today. None of the common Facebook frauds--the "Facebook dislike button," the "stalker tracker" (which purports to tell you who's visiting your profile), and "watch this video" tricks, for instance--are new, says Chris Boyd, senior threat researcher for UK-based GFI Software. "You'd think that people wouldn't continue to fall for them," he says.

The memo that 'proves aliens landed at Roswell'... released online by the FBI By Daily Mail Reporter Updated: 07:37 GMT, 11 April 2011 A bizarre memo that appears to prove that aliens did land in New Mexico prior to 1950 has been published by the FBI. The bureau has made thousands of files available in a new online resource called The Vault. Among them is a memo to the director from Guy Hottel, the special agent in charge of the Washington field office in 1950.

Crazy Illustrations By Chow Hon Lam Chow Hon Lam is a t-shirt designer and a humorous illustrator from Malaysia. He has been completed this crazy project called Flying Mouse 365, which is create 1 design per day. I hope his illustrations can bring some smile and entertainment to the world. About the author Incredible Illustrations by Minjae Lee By first look you may think that Minjae Lee (greno89) creates these incredible illustrations using digital tools. Well, you may be surprised to find out that Minjae, who being a self-taught 19-year old South Korean artists, uses markers, pens, crayons, and acrylics to create these jaw dropping illustrations.

How to Think of What to Draw Edit Article Edited by Dvortygirl, Laptop123, Nicole Willson, Random and 41 others Have you been inspired to draw, including getting inspiration from famous artists, or are just doing it for fun? Drawing can often be fun, but sometimes it can be hard to think of ideas for what to draw. Well, don't worry about that -- there are many, many different ideas - just read this article to find out what they are. Ad 6 Terrifying Ways Crows Are Way Smarter Than You Think Mankind has a long and checkered past with crows and ravens: They have been feared as symbols of death, because they're all black and scary, revered as creators of the world because, well, it was either them or the seagulls, and worshiped as trickster gods, because of their baffling intelligence. Intelligent enough, in fact, for us to start worrying ... #6. They Can Remember Your Face Next time you see a group of crows, look closely. Try to remember which one is which, and see if you can tell the difference between them the next time you pass.

Abstract Watercolor Paintings Art & Design Elena Romanova recently created these delightful paintings of famous skylines. The Big Ben and the Eiffel Tour are painted in an abstract manner which is quite a refreshing idea. The 25 Largest Facebook Games As 2010 Begins - Flock The 25 Largest Facebook Games As 2010 Begins While 2009 was the year social games exploded into the mainstream consciousness, developers aren’t slowing down as 2010 begins. Instead, they’re only speeding up – hiring more coders and artists, spending more intelligently on customer acquisition, and in some cases, releasing new games every 4 weeks. Here’s a look at the top 25 Facebook games as we enter what will surely be the biggest year for social gaming yet, from Inside Social Games:

How to Create Secret Codes and Ciphers: 14 steps Edit Article Sample Coded ParagraphsCodesCiphersSecret Languages Edited by General Jackson, Sarah Eliza, Teresa, Maluniu and 77 others Elcomeway otay yptographycray ithway ikihowway! Whether you're writing notes to your friends in class or trying to get into cryptography (the study of codes and ciphers) as a hobby, this article can help you learn some of the basics and get you on your way to encoding your own messages. Show Me Your Money Face! Proving that money can buy happiness, these money/face mashups are stacking up quick around the web. The visual trick has been around for a while now, but not until this week when Reddit user MadSon11 posted his head matched with Alexander Hamiltons jaw (above) did the meme really get some legs. Redditors the world over have posted images using both U.S. bills and their own currency. Want to see MadSon11′s lower half? See the bottom of this post!

really nice, smart & so much more ! a powerfull idea like the one i love.... by noosquest Jul 20