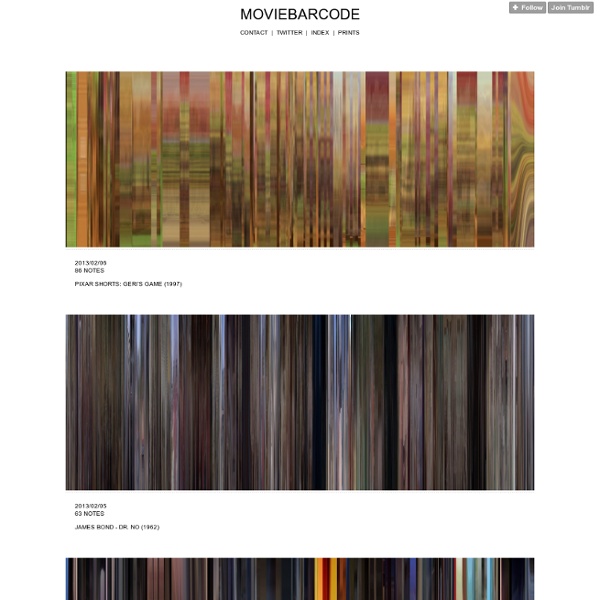 inWiki Overview MoinMoin is an advanced, easy to use and extensible WikiEngine with a large community of users. Said in a few words, it is about collaboration on easily editable web pages. MoinMoin is Free Software licensed under the GPL - living from lots of people contributing (see MoinMoinAcknowledgements). If you want to learn more about wiki in general, first read about WikiWikiWeb, then about WhyWikiWorks and the WikiNature. If you want to play with it, please use the WikiSandBox. Robotic art Robotic art is any artwork that employs some form of robotic or automated technology. There are many branches of robotic art, one of which is robotic installation art, a type of installation art that is programmed to respond to viewer interactions, by means of computers, sensors and actuators. The future behavior of such installations can therefore be altered by input from either the artist or the participant, which differentiates these artworks from other types of kinetic art. History[edit] Early examples of robotic art and theater existed in ancient China as far back as the Han Dynasty (c. third century BC), with the development of a mechanical orchestra, and other devices such as mechanical toys.

Skeletonz CMS - About Skeletonz is a new content management system (CMS) based on Python . It differs from others by being simple, but yet very powerful and extensible. If you need a simple system that you and your users are going love then Skeletonz might be the solution you are looking for! Aaron - computer artist A.I. The Robot as an Artist Aaron, the first robot artist, is the brainchild of Professor Harold Cohen, the British abstract painter. The result of 23 years of research and $150,000 Professor Cohen has pushed forward into the realm of artificial intelligence in the development of this unique computer driven robot.. Most recently Aaron created original paintings at The Computer Museum in Boston. Aaron "creates" several images in his computer memory each night. Cohen selects one and for 5-6 hours during the next day Aaron makes line drawings, mixes colors, executes painting strokes, and even cleans the brushes and paint cups.

Image analysis Image analysis is the extraction of meaningful information from images; mainly from digital images by means of digital image processing techniques.[1] Image analysis tasks can be as simple as reading bar coded tags or as sophisticated as identifying a person from their face. Computers are indispensable for the analysis of large amounts of data, for tasks that require complex computation, or for the extraction of quantitative information. On the other hand, the human visual cortex is an excellent image analysis apparatus, especially for extracting higher-level information, and for many applications — including medicine, security, and remote sensing — human analysts still cannot be replaced by computers. For this reason, many important image analysis tools such as edge detectors and neural networks are inspired by human visual perception models. Computer Image Analysis[edit] Techniques[edit]

Alpha: Making the World's Knowledge Computable Goals Wolfram|Alpha's long-term goal is to make all systematic knowledge immediately computable and accessible to everyone. We aim to collect and curate all objective data; implement every known model, method, and algorithm; and make it possible to compute whatever can be computed about anything. Our goal is to build on the achievements of science and other systematizations of knowledge to provide a single source that can be relied on by everyone for definitive answers to factual queries. Wolfram|Alpha aims to bring expert-level knowledge and capabilities to the broadest possible range of people—spanning all professions and education levels. Our goal is to accept completely free-form input, and to serve as a knowledge engine that generates powerful results and presents them with maximum clarity.

Amount of profanity in git commit messages per programming language Edit #1: By popular demand, here's a list of the commit messages with swear words in them. Also I added a bar chart below because this guy has no idea how to interpret pie charts :) Edit #2: I've added a bar chart showing the amount of times certain words were used. Note that I got the calculation of the initial words a tiny bit wrong (I forgot to downcase the words when searching).

Did a US government lab help Israel develop Stuxnet? Questions have been raised about the involvement of US government researchers in the creation of a digital weapon that experts believe may have sabotaged centrifuges at a uranium-enrichment plant in Iran. Researchers at the Idaho National Laboratory, which is owned by the US Department of Energy, may have passed critical information to Israel about vulnerabilities in a system that controls Iran’s enrichment plant at Natanz. That information was then used to create and test the so-called Stuxnet worm that was unleashed in a joint cyber attack on Natanz, according to the New York Times. The report, based on anonymous sources, is sparse on detail, but asserts that in 2008 INL worked with the German firm Siemens to uncover vulnerabilities in its industrial control system.

Watson (computer) Watson is an artificially intelligent computer system capable of answering questions posed in natural language,[2] developed in IBM's DeepQA project by a research team led by principal investigator David Ferrucci. Watson was named after IBM's first CEO and industrialist Thomas J. Watson.[3][4] The computer system was specifically developed to answer questions on the quiz show Jeopardy! Quick Bash Tip : Directory Bookmarks EDIT 2010-07-01 : I've packaged up a shell script to allow you to save and jump to commonly used directories. It's called bashmarks and it has tab completion functionality built-in. Learn more about bashmarks here. Entirely new and improved version Do not use the stuff below Before I wrote this script, It felt like I spent half of my time in terminal cd-ing around to various directories.

The Egyptian Revolution on Twitter This is a preliminary result of the network of retweets with the hashtag #jan25 at February 11 2011, at the time of the announcement of Mubarak’s resignation. If you retweeted someone, or has been retweeted, it is possible that your username is one of these tinny points (or maybe a bigger one?). To collect the network data, I used the Gephi Graph Streaming plugin, connected it to a Python web server I made myself. This web server works like a bridge, it connects to the Twitter Streaming API using the statuses/filter service and converts the users and retweets to nodes and edges in a network format that can be read by the Gephi Graph Streaming plugin. Nodes are twitter users, and links appear between the nodes A and B when B retweeted a message of A containing the hashtag #jan25.

Rise of Neurocinema: How Hollywood Studios Harness Your Brainwaves to Win Oscars One thing you aren't likely to hear Sunday night from the Oscar-winning producer after accepting the trophy for Best Picture: "I'd like to thank my neuroscience partners who helped us enhance the film's script, characters, and scenes." It's not that far-fetched, though. A sizable number of neuromarketing companies already brain test movie trailers for the major studios through fMRI, EEG, galvanic skin response, eye-tracking and other biometric approaches.