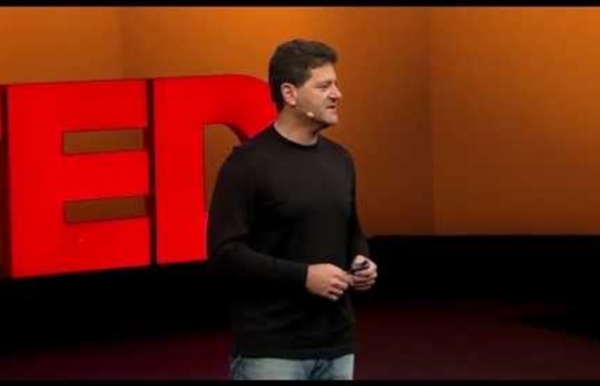 Market Fundamentalism as a Religion by Chet Gaines. Image from Wonkette of people praying to the Golden Bull on Wall Street for economic improvement. Modern economic theory is presented as a science. Elaborate mathematics and diagrams are employed to derive principles that are assumed to be universal among economic actors, even though the specialized math used is a “dated version” (Keen 6) and such diagrams “often contain outright fallacies” (Keen 14). Did Obama's Last 3 Years See More Jobs Created Than Trump's First 3? Yes In February 2020, we received multiple inquiries from readers about the veracity of social media posts and news articles which claimed that the U.S. economy had added 1.5 million more jobs during former President Barack Obama’s final three years in office, than it did during President Donald Trump’s first three years. On Feb. 17, Rep. Carolyn Maloney, D-New York, tweeted that Obama had “created 1.5 million more jobs in his last 3 years than Donald Trump has in his first 3 years.” Earlier, the left-leaning Democratic Coalition group posted a link to a Yahoo! News article with the headline “Trump’s First 3 Years Created 1.5 Million Fewer Jobs Than Obama’s Last 3,” adding “FACT: New figures from Trump’s own Department of Labor show that 6.6 million new jobs were created in the first 36 months of Trump’s tenure, compared with 8.1 million in the final 36 months of Obama’s ― a decline of 19% under Trump.” How to Measure Jobs Growth

Koch donors worried Trump may lose, seek to preserve GOP Senate majority Charles Koch, head of Koch Industries. Bo Rader | Wichita Eagle | Tribune News Service | Getty Images Libertarian and conservative donors who attended the annual Koch network summit over the weekend discussed the need to defend the GOP majority in the Senate as a backstop in case a Democrat defeats President Donald Trump in November. People at the meeting in Palm Springs, California, didn’t just fret about progressive candidates Sens. Bernie Sanders and Elizabeth Warren winning — they were also concerned about the moderate former Vice President Joe Biden, according to attendees who declined to be named since the conversations were deemed private. These people said that all three candidates have proposed policies that would fly in the face of the free-market philosophy shared by much of the network, which is partially funded by billionaire Charles Koch.

Medicaid work requirements:true aim vs. touted aim click 2x The 2018 midterm elections have dealt a significant setback to President Trump’s agenda in the legislative arena. However, there are still many ways for the Trump administration to keep swinging away at the Affordable Care Act. One particularly effective unilateral instrument is the regulatory process – that is, the implementation of statutory law by executive agencies.

Marx Was Right: Five Surprising Ways Karl Marx Predicted 2014 There's a lot of talk of Karl Marx in the air these days – from Rush Limbaugh accusing Pope Francis of promoting "pure Marxism" to a Washington Times writer claiming that New York City Mayor Bill de Blasio is an "unrepentant Marxist." But few people actually understand Marx's trenchant critique of capitalism. Most people are vaguely aware of the radical economist's prediction that capitalism would inevitably be replaced by communism, but they often misunderstand why he believed this to be true. And while Marx was wrong about some things, his writings (many of which pre-date the American Civil War) accurately predicted several aspects of contemporary capitalism, from the Great Recession to the iPhone 5S in your pocket. Here are five facts of life in 2014 that Marx's analysis of capitalism correctly predicted more than a century ago: 1.

New Mexico does not give EBT cards to immigrants in U.S. illegally as they wait to see a judge A man driving efforts to privately fund and build a wall at the southern border claims that New Mexico is giving public benefits to immigrants in the country illegally. Brian Kolfage, president and founder of Build the Wall, Inc., called out New Mexico in a series of tweets this month. "Did u know the state of New Mexico gives all illegals emergency welfare, no process like Americans go through. Handed an EBT Loaded with $1000, + $200 per child paid every month until their court date 5-6 years later. The Governor @GovMLG has a crisis and it’s costing Americans," Kolfage tweeted June 9. "🚨 ALERT 🚨 New Mexico and maybe other states illegals are issued emergency welfare EBT cards with $1k a month +$200 for each child, for at least 5+ years until they see a judge.

Manafort held secret talks with Assange in Ecuadorian embassy, sources say Donald Trump’s former campaign manager Paul Manafort held secret talks with Julian Assange inside the Ecuadorian embassy in London, and visited around the time he joined Trump’s campaign, the Guardian has been told. Sources have said Manafort went to see Assange in 2013, 2015 and in spring 2016 – during the period when he was made a key figure in Trump’s push for the White House. In a statement, Manafort denied meeting Assange. He said: “I have never met Julian Assange or anyone connected to him. I have never been contacted by anyone connected to WikiLeaks, either directly or indirectly.

How to Fix the Supreme Court, Part One: C is for Clarence - PREVAIL by Greg Olear “If everyone made war only according to his own convictions, there would be no war,” Prince Andrei Bolkonsky thought… A good player who loses at chess is genuinely convinced that he has lost because of a mistake, and he looks for this mistake in the beginning of the game, but forgets that there were also mistakes at every step in the course of the game, that none of his moves was perfect. The mistake he pays attention to is conspicuous only because his opponent took advantage of it. —War and Peace (Leo Tolstoy, 1867) Three Generations of Imbeciles are Enough.

Bully, coward, victim? Inside the sinister world of Trump mentor Roy Cohn Back in 2004, with the documentary Heir to an Execution, Ivy Meeropol began the decades-spanning project of exorcising the demon haunting her family. The Academy-shortlisted film sheds some light on the dark heritage of the Meeropol kids, descended as they are from Julius and Ethel Rosenberg, the couple executed by the United States government in 1953 having been convicted of sharing military secrets with the Soviet Union. When not teaching as an economics professor, Ivy’s father Michael spent most of his adult life on a crusade to restore and advocate for the reputation of his late parents, after years of defamation from the sinister prosecutor in the case Roy Cohn.