"Superman Is Not Coming": Erin Brockovich on the Future of Water. Erin Brockovich speaks at the 2016 Arizona Ultimate Women's Expo at the Phoenix Convention Center in Phoenix, Arizona, October 9, 2016. 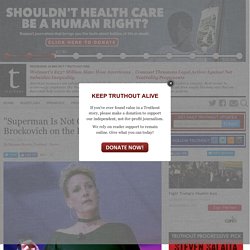 (Photo: Gage Skidmore) Want to see more original stories like this? Make a tax-deductible donation to support the independent investigative reporting and analysis at Truthout! Come take a ride on America's toxic water slide: First stop: Flint, Michigan, where two years later, people are still contending with lead-laced water, which was finally detected by the EPA in February 2015 with the help of resident Lee Anne Walters. Next stop: California, where hundreds of wells have been contaminated with 1,2,3-TCP, a Big Oil-manufactured chemical present in pesticides. Yes, indeed, the story of water in America is dirty and deep. Breaking: Emergency Call to Action at Standing Rock as Police Violently Attack Prayer Ceremony. Cannon Ball, ND – Law enforcement responded violently to water protectors attempting build a wooden footbridge across a creek linking the main Native encampment and the Dakota Access Pipeline construction area for a prayer ceremony. 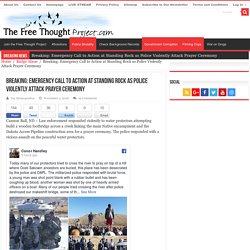 The police responded with a vicious assault on the peaceful water protectors. Breaking: hundreds of #NoDAPL water protectors attempting to cross foot bridges built over Cannonball river to reach DAPL construction area— Unicorn Riot (@UR_Ninja) November 2, 2016 The Guardian reports: The tense situation erupted into state sponsored violence as law enforcement began spraying water protectors attempting to cross the creek with pepper spray, with reports of a water protector being shot in the back by a non-lethal round. The situation on the ground is tense and many there feel that this conflict is coming to a head with these latest police actions. 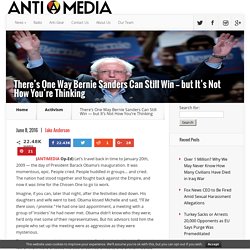 It was momentous, epic. Is April 20 Ready To Become An International Holiday? Ted Smith As the United Nations gathers a Special Assembly on global drug policy in New York City, cannabis enthusiasts around the world will celebrate the changing landscape the entire day of April 20. 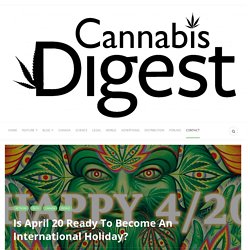 With victories big and small to celebrate in almost every country on the globe, there has never been so much hope for the future of cannabis. Indeed, as time goes by there will be an increasing push to recognize April 20 as a holiday for those who love the herb. While the history of meeting at 4:20 pm to smoke cannabis goes back into the early 1970’s, it was not until the mid-1990’s that people in cities like Vancouver began gathering in large numbers on April 20 to protest the laws and celebrate the culture.

Monarch Watch : Monarch Waystation Program. Each fall, hundreds of millions of monarch butterflies migrate from the United States and Canada to overwintering areas in Mexico and California where they wait out the winter until conditions favor a return flight in the spring. 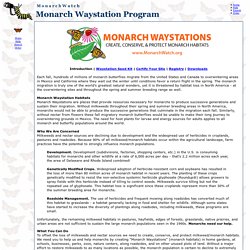 The monarch migration is truly one of the world's greatest natural wonders, yet it is threatened by habitat loss in North America - at the overwintering sites and throughout the spring and summer breeding range as well. Monarch Waystation HabitatsMonarch Waystations are places that provide resources necessary for monarchs to produce successive generations and sustain their migration. Without milkweeds throughout their spring and summer breeding areas in North America, monarchs would not be able to produce the successive generations that culminate in the migration each fall. Similarly, without nectar from flowers these fall migratory monarch butterflies would be unable to make their long journey to overwintering grounds in Mexico. 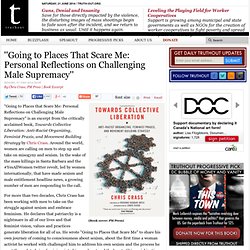 Around the world, women are calling on men to step up and take on misogyny and sexism. In the wake of the mass killings in Santa Barbara and the #YesAllWomen twitter revolt, led by women internationally, that have made sexism and male entitlement headline news, a growing number of men are responding to the call. For more than two decades, Chris Crass has been working with men to take on the struggle against sexism and embrace feminism. He declares that patriarchy is a nightmare in all of our lives and that feminist vision, values and practices generate liberation for all of us. SumOfUs. Scams, reviews, complaints, lawsuits and frauds. File a report, post your review. Consumers educating consumers. Over the last 16 years, Rip-off Report has saved consumers around the world millions of dollars. 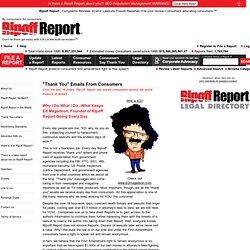 Ethos. Ethos, a powerful new documentary hosted by Woody Harrelson, is an investigation into the flaws in our systems, and the mechanisms that work against democracy, our environment and the the common good. 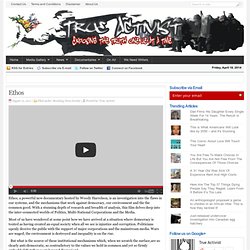 With a stunning depth of research and breadth of analysis, this film delves deep into the inter-connected worlds of Politics, Multi-National Corporations and the Media. Most of us have wondered at some point how we have arrived at a situation where democracy is touted as having created an equal society when all we see is injustice and corruption.