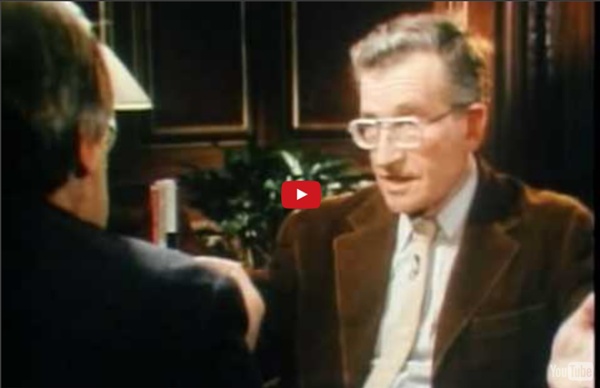 Wag the Dog (1997) Propaganda 2.0 and the rise of ‘narrative networks’ George Dvorsky November 16, 2011 DARPA, the Pentagon's advanced concepts think-tank, is looking to take propaganda to the next level and they're hoping to do so by controlling the very way their targets perceive and interpret the flow of incoming information. The Pentagon believes that by engaging in 'narrative control' they can alter an individual's grasp on reality and the way in which they evaluate current events. Simply put, DARPA is looking to shape minds with stories. Now, this isn't an entirely new concept. It's been said that history books are written by the victors. The United States has been engaging in narrative control for quite some time now. Now I'm not suggesting that this isn't a valid interpretation of events. But now DARPA wants to take this further and make it more scientific and systematic. This is pretty heavy stuff. Lim describes how the project will unfold: When it comes to security, little consideration is given to ethics.

Eight O They Live! Eight O’Clock in the Morning by Ray Nelseon “Eight O’Clock in the Morning” is a short story written by Ray Nelson almost a half century ago. The well known movie “They Live” was based on that story and I just wanted to share it because even thought it’s supposed to be a work of science fiction, the story holds many analogies to our current situation. At the end of the show the hypnotist told his subjects, “Awake.” Something unusual happened. One of the subjects awoke all the way. He left the theatre, pushing out into the neon night, carefully avoiding any indication that he saw the green, reptilian flesh or the multiple yellow eyes of the rulers of the earth. At intervals along the street George saw the posters hanging with photographs of the Fascinators’ multiple eyes and various commands printed under them, such as, “Work eight hours, play eight hours, sleept eight hours,” and “Marry and Reproduce.” “Obey!”

They Live They Live is a 1988 American satirical science fiction horror film written and directed by John Carpenter. The film stars Roddy Piper, Keith David, and Meg Foster. It follows an unnamed drifter (referred to as "John Nada" in the film's credits) who discovers the ruling class are in fact aliens concealing their appearance and manipulating people to spend money, breed, and accept the status quo with subliminal messages in mass media. They Live is based on the 1963 short story, "Eight O'Clock in the Morning" by Ray Nelson. At release it was number one in the box office, but sales soon suffered, though the film was nominated for two Saturn Awards. They Live has since become a cult film. Plot[edit] Drifter "John Nada" (Roddy Piper) finds construction work in Los Angeles and befriends fellow construction worker Frank Armitage (Keith David), who leads him to a local shantytown soup kitchen. At the meeting, Nada and Frank are given special contact lenses to replace their sunglasses. Cast[edit]

geoengineering The Carnicom Institute and its founder have an extensive history of research on geo-engineering topics and aerosol research that is available to the public. This history spans more than a decade and includes scores of papers and hundreds of pages on the topic. This work is available through the research section of this website, located here. You may also wish to use the search box at the top of the research paper listing, and specify appropriate keywords or topics to bring up the relevant pages. The Carnicom Institute remains strongly focused on the geo-engineering issues and their correlation with the biological research and bioengineering topics that are under intensive study throughout the past several years. The Carnicom Institute can not continue its research and reporting without your help. or You may also send donations by mail to: Carnicom Institute PO Box 23721 Santa Fe, NM 87502 Credit cards also accepted: Visa, Mastercard, Discover and American Express.

Roddy Piper - Wikipedia Roderick George Toombs (April 17, 1954 – July 31, 2015),[6] better known by his ring name "Rowdy" Roddy Piper, was a Canadian professional wrestler and actor. In professional wrestling, Piper was best known to international audiences for his work with the World Wrestling Federation (WWF, later WWE) and World Championship Wrestling (WCW) between 1984 and 2000. Although he was Canadian, because of his Scottish heritage he was billed as coming from Glasgow and was known for his signature kilt and bagpipe entrance music. One of the most recognizable pro wrestling stars worldwide,[9] Piper headlined numerous pay-per-view cards, including the WWF and WCW's respective premier annual events, WrestleMania and Starrcade. Early life[edit] Toombs was born in Saskatoon, Saskatchewan on April 17, 1954,[2][12] and was raised in Winnipeg, Manitoba. Professional wrestling career[edit] Training and early career[edit] National Wrestling Alliance territories[edit] California and Portland (1975–1980)[edit]

Stratospheric Aerosol Geo-engineering aka "Chemtrails" DEBUNK THIS !!!! The subject of "chemtrails" also known as "stratospheric aerosol geo-engineering" or "persistent contrails" as some might have you believe. Has recently been the topic of some controversy here on ATS. In attempting to discuss this issue during a recent thread www.abovetopsecret.com... that was posted in the "Skunk Works" section. I encountered a small but very extreme group of members who have a very strong conviction and opposition to the idea that "chemtrails" even exist. Many other people both here and elsewhere do not believe that they actually exist either and they simply explain them away as being a normal and natural phenomenon of the common jet contrails. Some of those among the now non-believers were convinced that "chemtrails" do not exist due to the extreme tactics and lengthy efforts of the very same group of anti "chemmies" I encountered. Well I am here to tell you that it is they who are the ones living in a World of self delusion and fantasy.