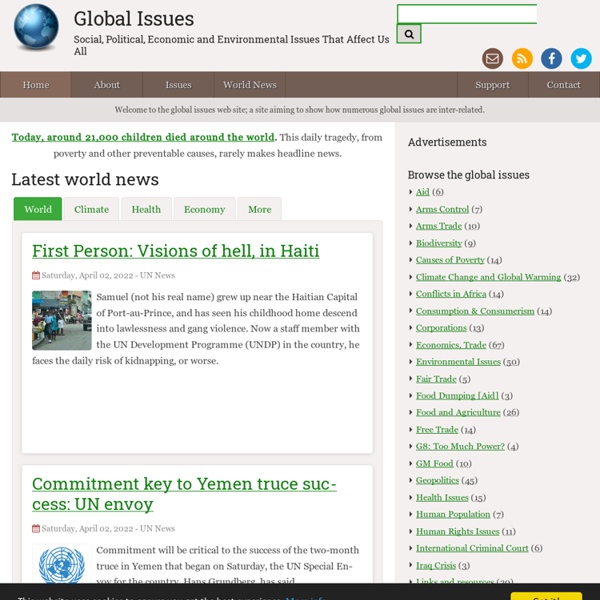 Khan Academy The American Red Cross: LIFE Magazine Goes to a Red Cross Meeting in 1940 In May 1881 Clara Barton — the legendary Civil War nurse known as “the Angel of the Battlefield” — and a philanthropist and humanitarian named Adolphus Solomons founded the American Red Cross. The International Committee of the Red Cross had been formed 18 years earlier, in Switzerland, and both Barton and Solomons had been so impressed by what they’d witnessed of its work in various theaters of war and other crises that they were determined that the United States would and should have its own, viable chapter. In a July 1940 installment of its regular “LIFE Goes to a …” feature (“LIFE Goes to a Mardi Gras Ball,” “LIFE Goes to a Hitler Hex Party,” and so on), LIFE magazine paid homage to the venerable charity with an article titled “LIFE Goes to a Red Cross Meeting.” LIFE calls this week on a chapter of the American Red Cross at Mineola, Long Island, NY.

Death By Utopia John B. Calhoun relaxing in Universe 25 In the late 20th Century, John B. Calhoun decided to make Utopia; it started with rats. In 1947 he began to watch a colony of Norway rats, over 28 months he noticed something, in that time the population could have increased to 50,000 rats, but instead it never rose above 200. Then he noticed that the colony split into smaller groups of 12 at most. He bought the second floor of a barn, and there he made his office and lab. 2.7 metres square with 1.4m high walls. Society broke. The outside of Universe 25 The purpose of the experiment for Calhoun was to examine a pressing problem, overpopulation. After day 600, the male mice just stopped defending their territory, listless mice congregated in the centres of the Universe. The ‘beautiful ones’ withdrew themselves ever so quietly, removing themselves from the sick society. In the end the population sank, even when it was back down to a tolerable level none of the mice changed back. Further Reading

100 Incredible Lectures from the World's Top Scientists | Best Colleges Online Posted on Thursday June 18, 2009 by Staff Writers By Sarah Russel Unless you’re enrolled at one of the best online colleges or are an elite member of the science and engineering inner circle, you’re probably left out of most of the exciting research explored by the world’s greatest scientists. But thanks to the Internet and the generosity of many universities and online colleges, you’ve now got access to the cutting edge theories and projects that are changing the world in this list below. If you’re looking for even more amazing lectures, check out our updated list for 2012 with more talks from great minds. General Let the world’s top scientists explain exactly how they do their job when you listen to these lectures. Science and Engineering From materials science to the study of thermodynamics, learn more about the science of engineering here. WTC Lecture – collapse of WTC Buildings: Steven E. Biology and Medicine Chemistry Physics and Astronomy Earth and Environment Technology Science and Business

Top 40 Useful Sites To Learn New Skills | This and That... The web is a powerful resource that can easily help you learn new skills. You just have to know where to look. Sure, you can use Google, Yahoo, or Bing to search for sites where you can learn new skills , but I figured I’d save you some time. Here are the top 40 sites I have personally used over the last few years when I want to learn something new. Hack a Day - Hack a Day serves up fresh hacks (short tutorials) every day from around the web and one in-depth ‘How-To hack’ guide each week.eHow - eHow is an online community dedicated to providing visitors the ability to research, share, and discuss solutions and tips for completing day-to-day tasks and projects.Wired How-To Wiki - Collaborate with Wired editors and help them build their extensive library of projects, hacks, tricks and tips.

Martiros Kavoukjian Martiros Kavoukjian (Մարտիրոս Գավուգչյան, Gavowgčyan, August 8, 1908 - August 8, 1988) was an Armenian architect, researcher, Armenologist and historian-archaeologist who has written various books on ancient Armenian history.[1][2] He is best known for his account of Armenian prehistory in Armenia, Subartu And Sumer, published in 1987 in both English and Armenian. Biography[edit] Martiros Kavoukjian was born in Nigde, Turkey on August 8, 1908. Studies of Kavoukjian have been cited in the works by Edgar C. Polomé, Alexander Jacob,[3] George A. Bournoutian, Richard G. Armenologist, archimandrite Gomidas Hovnanian in a 2006 interview described Kavoukjian as "a talented scientist" who had written a research on "The ancestral home of the Celtic tribes and Celtic-Caucasian connections".[9] In 2008 an evening commemorating Kavoukjian's legacy took place in Montreal.[10] Armenia, Subartu And Sumer[edit] Works[edit] Bibliography[edit] References[edit] External links[edit]

7 Rock Climbing Knots Every Guy Should Know : Discovery Channel There are a lot of cool things about rock climbing, from the full-body fitness required to make it up many climbs, to the incredible ways that climbers can manage to keep their bodies on the rock, but one of the most underrated things about climbing has got to be the knots. After all, these knots aren’t just keeping shoes on your feet or a trash bag closed – they’re capable of keeping the full weight of a body from dropping right off the face of a cliff. But you don’t have to ever step foot on the rock in order to take advantage of this knowledge, as most of the common rock climbing knots can be used very effectively for other, non-climbing purposes. 1. 2. 3. 4. 5. 6. 7. [Image: CarbonNYC at Flickr] For more adrenaline-pumping content, check out The Adrenalist.