The National World War II Museum. Sword. A sword is a weapon (edged weapon) used primarily for cutting or thrusting. 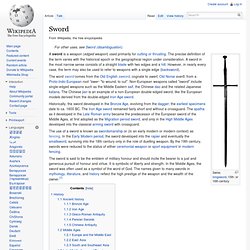 The precise definition of the term varies with the historical epoch or the geographical region under consideration. A sword in the most narrow sense consists of a straight blade with two edges and a hilt. However, in nearly every case, the term may also be used to refer to weapons with a single edge (backsword). Historically, the sword developed in the Bronze Age, evolving from the dagger; the earliest specimens date to ca. 1600 BC.

The Iron Age sword remained fairly short and without a crossguard. Musket. Drone Wars UK. Phalanx formation. The term itself, as used today, does not refer to a distinctive military unit or division (e.g., the Roman legion or the contemporary Western-type battalion) but to the general formation of an army's troops. 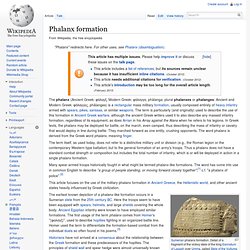 Thus a phalanx does not have a standard combat strength or composition but includes the total number of infantry, which is or will be deployed in action in a single phalanx formation. Many spear-armed troops historically fought in what might be termed phalanx-like formations. The word has come into use in common English to describe "a group of people standing, or moving forward closely together";[1] c.f. Missile Bases - 20th century castles. Artillery Tactics Combat. Hoplite. Recreation of a 4th–3rd century BC hoplite, shown carrying an aspis shield (or hoplon). 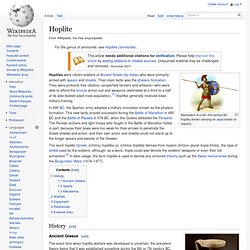 Hoplites were citizen-soldiers of Ancient Greek city-states who were primarily armed with spears and shields. Their main tactic was the phalanx formation. They were primarily free citizens—propertied farmers and artisans—who were able to afford the bronze armor suit and weapons (estimated at a third to a half of its able-bodied adult male population).[1] Hoplites generally received basic military training. Cannon. A cannon is any piece of artillery that uses gunpowder or other usually explosive-based propellants to launch a projectile. 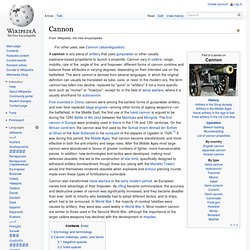 Cannon vary in calibre, range, mobility, rate of fire, angle of fire, and firepower; different forms of cannon combine and balance these attributes in varying degrees, depending on their intended use on the battlefield. The word cannon is derived from several languages, in which the original definition can usually be translated as tube, cane, or reed. In the modern era, the term cannon has fallen into decline, replaced by "guns" or "artillery" if not a more specific term such as "mortar" or "howitzer", except for in the field of aerial warfare, where it is usually shorthand for autocannon. 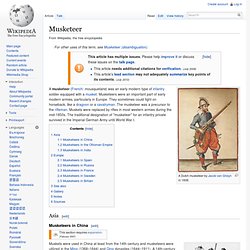 Musketeers were an important part of early modern armies, particularly in Europe. They sometimes could fight on horseback, like a dragoon or a cavalryman. The musketeer was a precursor to the rifleman. Muskets were replaced by rifles in most western armies during the mid-1850s. The traditional designation of "musketeer" for an infantry private survived in the Imperial German Army until World War I. Asia[edit] Musketeers in China[edit] Musketeers in China from the Ming dynasty written by Jiao Yu, 14th-century Ming military leader. Roman Legion. In reference to the early Roman Kingdom (as opposed to the Roman Republic or empire), "the legion" means the entire Roman army. 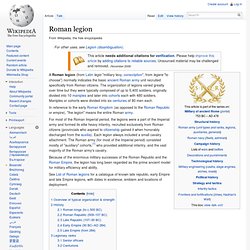 Because of the enormous military successes of the Roman Republic and the Roman Empire, the legion has long been regarded as the prime ancient model for military efficiency and ability. See List of Roman legions for a catalogue of known late republic, early Empire and late Empire legions, with dates in existence, emblem and locations of deployment. Overview of typical organization & strength[edit] Because legions were not standing units until the Marian reforms (c. 107 BC), and were instead created, used, and disbanded again, several hundred legions were named and numbered throughout Roman history. To date, about 50 have been identified. History[edit] Roman kings (to c.500 BC)[edit] Roman infantry tactics, strategy and battle formations. Roman infantry tactics refers to the theoretical and historical deployment, formation and maneuvers of the Roman infantry from the start of the Roman Republic to the fall of the Western Roman Empire. 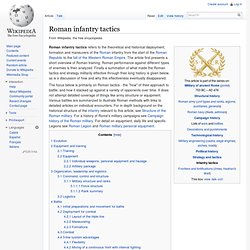 The article first presents a short overview of Roman training. Roman performance against different types of enemies is then analyzed. Finally a summation of what made the Roman tactics and strategy militarily effective through their long history is given below, as is a discussion of how and why this effectiveness eventually disappeared. The focus below is primarily on Roman tactics - the "how" of their approach to battle, and how it stacked up against a variety of opponents over time. It does not attempt detailed coverage of things like army structure or equipment. Evolution[edit] Roman military tactics and strategy evolved from that typical of a small tribal host seeking local hegemony, to massive operations encompassing a world empire. Equipment and training[edit]