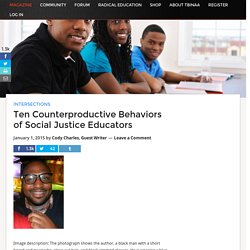 He is wearing a blue sweater over a plaid shirt and a gray t-shirt. He is smiling and looking directly into the camera.] Opinion: Fat people say #IAmNotADisease. The American Medical Association classified obesity as a disease Marilyn Wann: Because of the label, fat people will likely encounter more weight bias She says the AMA is focused on profit by focusing on weigh and weigh loss approach Wann: If the AMA truly cares about the health of fat people, they will end the war on obesity Editor's note: Marilyn Wann is author of "FAT! 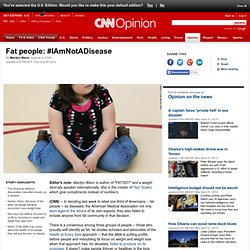 SO? " and a weight diversity speaker internationally. I Need Fat Acceptance Because... Curiousfancy. Big Beach Bums, Brighton, 2011 Yesterday’s conversation with Marianne on Twitter got me thinking about the necessity for in person fat meets. 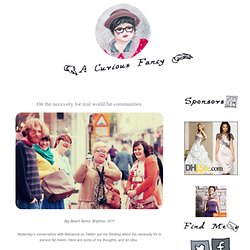 Here are some of my thoughts, and an idea. Before I went to Uni at the tender age of 19, I was the fattest person I had ever known. As a teenager, I had ranged in size from a UK 14 to 8, and yet, I was the fattest person I’d ever known. Controversy Swirls Around Harsh Anti-Obesity Ads. Hide captionIn one of the print ads in Children's Healthcare of Atlanta's Strong4Life campaign, a young girl says she doesn't like going to school, because "all the other kids pick on me. 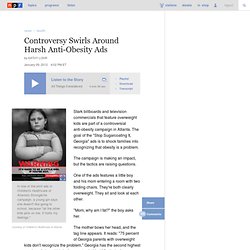 I Stand Against Weight Bullying - Page 1 of 34. Why are fat people abused? Shouted at, spat at and even attacked, overweight people are campaigning for laws to protect them. 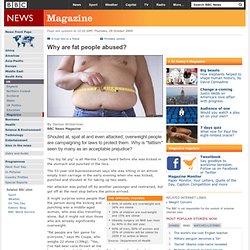 Why is "fattism" seen by many as an acceptable prejudice? "You big fat pig" is all Marsha Coupe heard before she was kicked in the stomach and punched in the face. The 53-year-old businesswoman says she was sitting in an almost empty train carriage in the early evening when she was kicked, punched and shouted at for taking up two seats. Her attacker was pulled off by another passenger and restrained, but got off at the next stop before the police arrived. It might surprise some people that the person doing the kicking and punching was a middle-aged woman, who was also travelling alone. About Representative Byron Rushing. Byron Rushing was elected to the Massachusetts House of Representatives in 1982. 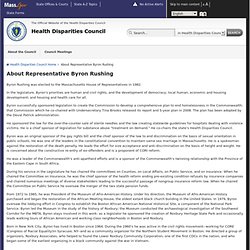 In the legislature, Byron's priorities are human and civil rights, and the development of democracy; local human, economic and housing development; and housing and health care for all. Byron successfully sponsored legislation to create the Commission to develop a comprehensive plan to end homelessness in the Commonwealth; that Commission which he co-chaired with Undersecretary Tina Brooks released its report and 5-year plan in 2008. The plan has been adopted by the Deval Patrick administration. 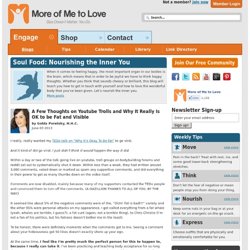 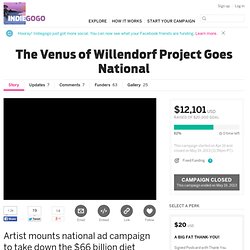 Here is how you can help! I have already placed ads in several magazines that will appear the first two weeks on May in honor of "No Diet Day"May 6th. How to Have Sex While Fat: A Short Guide to Sexy Fun for Fatties and People Who F#&@ Them. Even when someone "cares about my health," what it often really comes down to is that they do not want to have sex with a fat person: "You can't make me want to fuck a fat person. 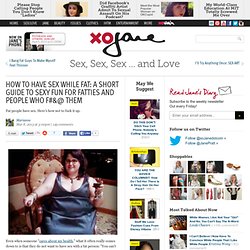 " This is actually true. If you don't want to fuck me, I cannot force you to want to fuck me. And, indeed, I would not want to force you because that would be icky and gross and far too complicit in perpetuating rape culture for me to be into it. The thing that these folks don't seem to get? There are actually plenty of people who want to have sex with fatties. Things No One Will Tell Fat Girls... SO I WILL. (All images by the incredible Liora K) Things that I wish I knew earlier Things that I've learned in real life. 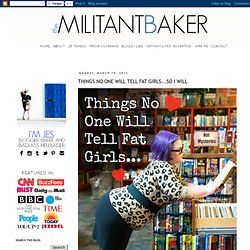 Things people really need to talk about more: Everyone has rolls when they bend over. Everyone. Lets just get this out of the way right off the bat. You're not stunning despite your body. Pushing Limits - April 5, 2013 at 2:30pm. Pushing Limits, for April 5, 2013 - 2:30pm Pushing Limits Fat body activist Amanda Levitt speaks with co hosts Eddie Ytuarte and Adrienne Lauby why being fat does not mean she is a person with a disability However, do the two communities share similar characteristics or experiences? Do us disabled share common barriers like facing various forms of discrimination or ....or being victimized by negative and ugly stereotypes. Are we being silly when we are told that one of the reasons people are fat is that we eat to much fast food in contemporary USA.

What does Amanda think about some of the superficial impressions; but yes--we want to know why being fat is not being disabled. (3) Facebook. Fat is a Political Issue. Listen (28 min) “If we actually started calling bullying what it is and address it as racism, sexism, homophobia, transphobia, ableism, fat phobia and classism it would actually give children a better way to deal with the very same power dynamics they will face as adults, while also giving adults more responsibility to challenge the intolerance that is rooted within our society overall.“ Amanda Levitt Amanda Levitt Amanda Levitt founded “Love Your Body Detroit” a grassroots non-profit activism organization dedicated to bringing awareness of fat phobia and weight bias to Metro Detroit.

Her blog Fat Body Politics goes way beyond the common blather of diets and obesity epidemic. N o l o s e : the revolution just got bigger. How Not To Be A Dick To Your Fat Friends. Me and my fatness, just chilling in a waiting room. I think it's pretty well established at this point that I, like many other people in America and around the world, am fat. There's nothing really special about being fat, of course -- so many of us are, to varying degrees.

But there's something about fatness as perceived by American (and many other) cultures -- it's like my big fat body just invites people to make (often rude) comments. But you, you are not an asshole. Beth Bluestocking. So I have been meaning to post this for a long long time now. These pictures aren’t the best but they are all I have of this! Seriously, painting these was like the bane of my existence! It all started in Fall of 2011… I was in my Painting II class and had no idea what I wanted to do for my project (as a second level you basically can choose what you want to paint and do not have to follow the class)… I took me almost a whole month to decide what I wanted to do. Haley Morris-Cafiero. Whether we care to admit it, most of us care what other people think. We move through life trying to avoid stares or judgement, eschewing the distain of strangers or the displeasure of friends. Photographer Halley Morris-Cafiero bravely explores the idea of being an object of judgement with her series, Wait Watchers.

Haley received her BFA in Ceramics and BA in Photography from the University of North Florida and her MFA in Art from the University of Arizona. She currently lives in Memphis, Tennessee where she is the Director of the MFA Program and the Head of Photography at Memphis College of Art. She is a national member of the A.I.R. Brittany Gibbons: Fat Shaming Doesn't Work. Big Liberty. Does My Blog Make Me Look Fat?: Are we really a community? This is something i have been pondering the last few days. You would assume that the fatosphere would be a tight knit community where we are all friends and supporting each other, but is it really like that?

Or is it more like being back at school, where you are picked last to be on teams and the popular girls rule the roost. The Nearsighted Owl: How to Be a Fat Bitch ECourse #1. I spent last month thinking about a 52 week project that I could do on this here blog. 21 Things to Stop Saying Unless You Hate Fat People. You might have heard the terms fat-hate or fatphobia used to describe your words or what sounded to you like the reasonable words of others. Course Information/Status. Lynne Hurdle-Price at TEDxWomen 2012. Desiree Devine's Weblog. The Space We Need « Fat Heffalump. Redefining Body Image. Yossi Loloi Photographs Obese Women In The Nude, Challenges Traditional Notions Of Beauty (PHOTOS) Photographer Yossi Loloi must have taken a hint from Lucian Freud and Peter Paul Rubens when he took photos challenging the traditional image of the nude muse. Loloi's project, entitled Full Beauty, features nude photographs of women 420 pounds and larger. With a deep respect for his subjects and a challenging eye toward both pop culture and art history, Loloi shows that the history of the female nude is a dangerously limited one.

While it is a rarity to show curvy bodies in advertising, entertainment or even contemporary art, obese women are virtually never acknowledged in these realms, despite the growing number of Americans who are overweight. By showcasing women up to 600 pounds, Loloi shows a softness and beauty to an often ignored body type. FULLBEAUTY : Fullbeauty. Big deal: You can be fat and fit. An activist at a National Association to Advance Fat Acceptance rally in New York wears a T-shirt to promote self-image. Untitled. Remember Jan. 20-26, 2013 is Healthy Weight Week! Women should support each other over weight, says minister. Women should not be so willing to criticise each other for being supposedly overweight, Jo Swinson, the equalities minister, has said.

She said unrepresentative images of thin women were too pervasive in advertising and the media, and has written an open letter to magazine editors saying that if they promote post-Christmas "miracle diets" they could be endangering the health of their readers. Swinson, who is also a business minister, started campaigning on the issue of body image anxiety long before she entered government. Barbara Walters: Read This Before You Interview Your Next Fat Person.