"Blue, red, and green are the human primary colors. But the bee primary colors are yellow, blue, and ultraviolet." --Jennifer Frazer

Dark Kitchen: Uncivilising the Table. Today we begin a new series that explores food and eating in times of collapse. 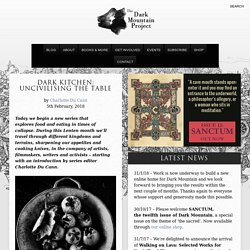 During this Lenten month we’ll travel through different kingdoms and terrains, sharpening our appetites and cooking knives, in the company of artists, filmmakers, writers and activists – starting with an introduction by series editor Charlotte Du Cann. Medlars in a Sieve by Food/ Still life photography: Sue Atkinson www.sueatkinson.co.uk. Old and new DST. Eda. This piece is about 15 printed pages long. 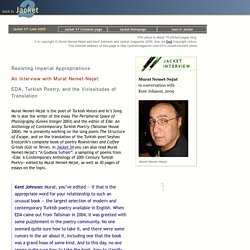 It is copyright © Murat Nemet-Nejat and Kent Johnson and Jacket magazine 2009. See our [»»] Copyright notice. The Internet address of this page is. INDONESIAN HANGUL. Exciting news for writing-system aficionados: the Yonhap News Agency reports that “A minority tribe in Indonesia has chosen to use Hangeul as its official writing system, in the first case of the Korean alphabet being used by a foreign society.” 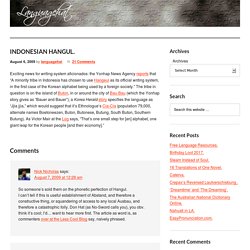 The tribe in question is on the island of Buton, in or around the city of Bau-Bau (which the Yonhap story gives as “Bauer and Bauer”); a Korea Herald story specifies the language as “Jjia jjia,” which would suggest that it’s Ethnologue’s Cia-Cia (population 79,000, alternate names Boetoneezen, Buton, Butonese, Butung, South Buton, Southern Butung). Electoral college reform. The electoral college is a time-honored, logical system for picking the chief executive of the United States. 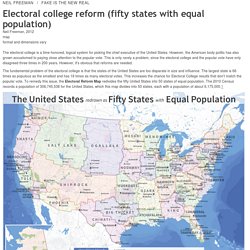 Using spook words in poetry is like that sculptor who exclusively uses cast-off radioactive debris in his art. Xv. 10/08/03 – graywyvern

Parasinistral alienation. DJ Snoopsagan. (via) Athanasius Kircher, in his own day another Leonardo almost, is remembered now (if at all) for his cat piano; & it would seem that Robert W Chambers--once the best-selling author of his time (several [silent] movies were made of his books, all lost)-- has left us only the Cheshire grin of his King in Yellow meme.

Someday when i have OODLES of leisure i would like to redo the ones that have been taken down. useless to ask, why is something so culturally-central as youtube so volatile? – graywyvern 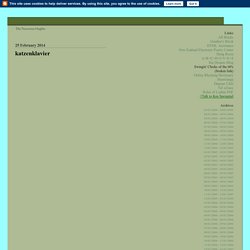 Borges on kennings. Base-12.

Symbols for large trans-Neptunian objects. Calligraphic version | Fixed-width version Recently, a number of large objects have been discovered in the outer solar system. 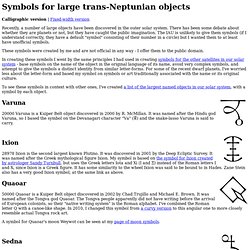 There has been some debate about whether they are planets or not, but they have caught the public imagination. The IAU is unlikely to give them symbols (if I understand correctly, they have a default "symbol" consisting of their number in a circle) but I wanted them to at least have unofficial symbols. These symbols were created by me and are not official in any way - I offer them to the public domain. In creating these symbols I went by the same principles I had used in creating symbols for the other satellites in our solar system - base symbols on the name of the object in the original language of its name, avoid very complex symbols, and attempt to give the symbols a distinct identity from similar letter-forms. To see these symbols in context with other ones, I've created a list of the largest named objects in our solar system, with a symbol by each object. The new gnosticism. One of the advantages of living in a city whose airport is a major transportation hub is that there’s a good chance, when on the way to a conference, one will run into others going to the same place. 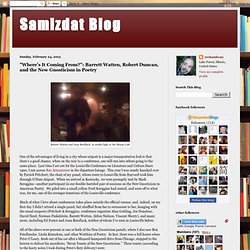 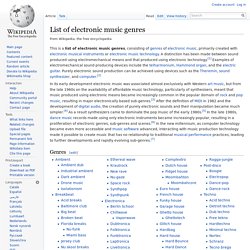 A distinction has been made between sound produced using electromechanical means and that produced using electronic technology.[1] Examples of electromechanical sound producing devices include the telharmonium, Hammond organ, and the electric guitar. Purely electronic sound production can be achieved using devices such as the Theremin, sound synthesizer, and computer.[2] Genres[edit] See also[edit] Notes[edit] Jump up ^ T. Letter to the Dallas Morning News. Quiz. Quiz from B*msha Swing: 1. 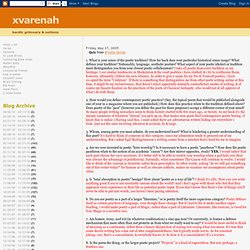 What is your sense of the poetic tradition? How far back does your particular historical sense range? What defines your tradition? The Internalational Dictionary of Neologisms.