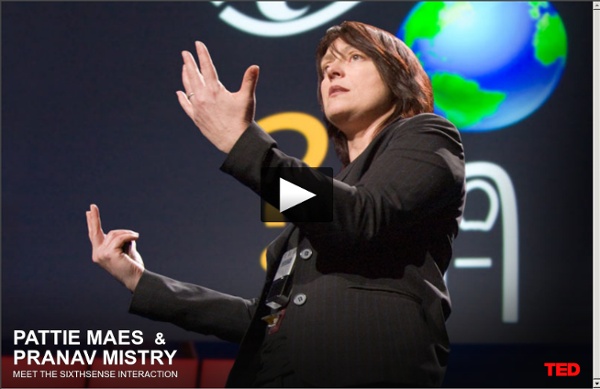 See Graphic Design Workflow Software In This 5 Minute Digital Vi GridIron Software is now FileTrek . Click here to learn more . Monitor Your Sensitive Data FileTrek's Worklog Data Collectors capture and analyze your unstructured data in motion. Get Started Be Prepared For Your Next Attack Our unique approach to addressing file-based threats is like a security camera with a motion detector. Learn More Receive Warnings For Rapid Response Reduce the time and expenses related to forensic investigations with new visibility into your organization's end points.

The Light Bulb Effect - Bulb Candles by Helbert Ferreira & Remi Melander - SYSTEM DESIGN STUDIO The Light Bulb Effect Let me put on my monocle and tell you a story. You see long ago before Swan or Edison invented the lightbulb, people used candles. When lightbulbs became the norm, the candle went the way of the wind. Has The mLearning Moment Arrived? Posted by MarkWeingarten on Feb 10, 2011 The field of mLearning, or learning facilitated by mobile devices, has been generating growing interest in recent years and months. Outspoken advocates of mLearning, such as the authors of a report recently released by GSMA Development Fund , assert that the increasing ubiquity of mobile phone penetration (especially in the developing world) has the potential to reach more students than ever before. Critics, such as Kentaro Toyama, reply that digital content (mobile or otherwise) does little to improve the quality of education and that the hype surrounding it is unwarranted. One opinion, shared by skeptics and advocates alike, is that "Technology is only a tool: no technology can fix a bad educational philosophy or compensate for bad practice. In fact, if we are going in the wrong direction, technology will get us there faster.

Give Business a Social life « CharlieGunningham.com Watch the Brian Solis video – go on, it’s only 11 minutes, and he is an entertaining presenter. It’s OK, I can wait til you have finished. I’ll just quietly hum to myself, ho hum, hum, hum… ~~~ 11 minutes passes ~~~ Good wasn’t it?

Augmented reality and the ultimate user manual Most user manuals are worthless. They’re chock full of poorly written text and confusing diagrams. Worse still, the gap between problem and solution is vast because we’re forced to apply a linear format (a guide) to a specific question. Where’s a search box when you need it? But here’s an idea: What if instead of leafing through pages or scrolling through an online manual, you could simply see your way through a task? UK scientists invent artificial petrol - Business News Boffins at Rutherford Appleton Laboratory, near Oxford have invented an ‘artificial’ petrol, which costs just 90 pence per gallon and could run in existing cars. Motorists could even be able to drive for 300 to 400 miles before needing to fill up. The breakthrough comes as average UK fuel prices have hit a record high.

Mobile Learning Awards Mobile Learning is the winner of the 2010 Charles A. Wedemeyer Award, provided by the University Professional & Continuing Education Association. Click here for more information on their Community of Practice Awards program. About the Book This collection is for anyone interested in the use of mobile technology for various distance learning applications. Zuckerberg: Facebook Is Going Into Search. The Question is: How? Zuckerberg: Facebook Is Going Into Search. The Question is: How? It has been a discussion for ages: will Facebook ever go into search. And if they do, will they be the long awaited Google killer? Can they beat Google at their own game? Many didn’t even expect Facebook to go into search anymore, after all, why didn’t they do it before?

Augmented Reality - Explained by Common Craft - Common Craft - O I think we can all agree that reality is pretty great. It’s what we experience through our senses like our eyes, and phones with cameras. The Internet is awesome too, but the Internet and reality have a hard time working together. Thankfully this is changing quickly. New tools mean that the world around you can now be seen with a layer of new information from the Internet.

Deer found in middle ocean What is that?! Can it be, really!!! It ‘s a DEER!!! iPods in Education Part 12: Customized Learning Using Apps There has been a gap of several months since I last shared ideas in the form of a blog post on the topic of using iPods in Education. While the introduction of the iPhone and the iPod Touch has changed the rules in how handheld devices can be used in education, this series has laid dormant as I’ve been in the process of catching up with the technology. I have always been a firm believer that one cannot comment on the techology until one actually uses the technology. As I did not own neither an iPod Touch nor an iPhone, I didn’t feel confident that I could confidently discuss the benefits of using such devices in education.

The First Mile For all that social media is doing to change business for the better, it’s not yet enough. Interview any executive and ask them what their priority business goals are for 2013. I’m sure you’ll see some element of customer-centricity on the list. Yet the challenge that exists for any organization trying to get closer to customers lies in the definition of customer-centricity.