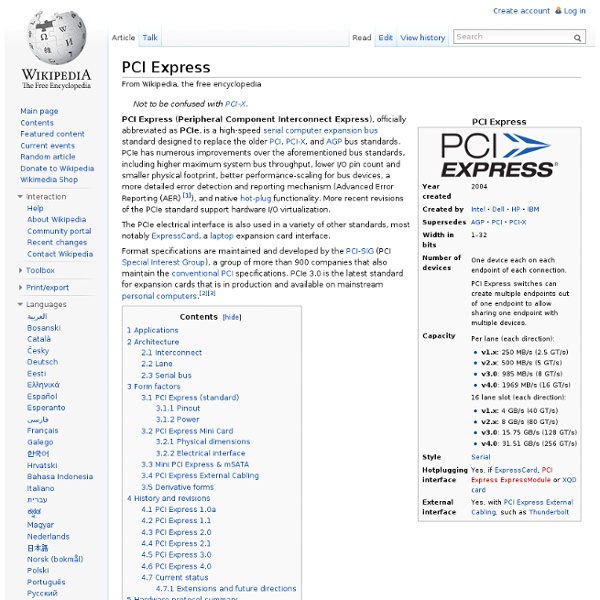 Differential signaling Elimination of noise by using differential signaling. Advantages[edit] Tolerance of ground offsets[edit] In a system with a differential receiver, desired signals add and noise is subtracted away. Suitability for use with low-voltage electronics[edit] In the electronics industry, and particularly in portable and mobile devices, there is a continuing tendency to lower the supply voltage in order to save power and reduce unwanted emitted radiation. To see why, consider a single-ended digital system with supply voltage . and the low logic level is 0 V. . and the other at 0 V, is . . . Resistance to electromagnetic interference[edit] This advantage is not directly due to differential signaling itself, but to the common practice of transmitting differential signals on balanced lines.[1][2] Single-ended signals are still resistant to interference if the lines are balanced and terminated by a differential amplifier. Comparison with single-ended signaling[edit] Uses[edit] Differential pairs include:

Thunderbolt (interface) Thunderbolt combines PCI Express (PCIe) and DisplayPort (DP) into one serial signal alongside a DC connection for electric power, transmitted over one cable. Up to six peripherals may be supported by one connector through various topologies. A Thunderbolt connector Thunderbolt link connections Intel will provide two types of Thunderbolt controllers, a 2 port type and a 1 port type. Daisy-Chain configuration can connect host with 6 devices(5 devices and 1 displayer) Speed Chart Comparison of USB & Thunderbolt™ HighPoint Technologies,Inc. announces Thunderbolt™ adapter at Computex Taipei, provides the connection ability to SAS/SATA/PCI-E. Thunderbolt was developed by Intel. A single legacy Mini DisplayPort monitor or other device of any kind may be connected directly or at the very end of the chain. The technology was presented as having an initial speed of 10 Gbit/s over plastic optical cables, and promising a final speed of 100 Gbit/s in the future.[15]

Current mode logic differential digital logic family Current mode logic (CML), or source-coupled logic (SCL), is a digital design style used both for logic gates and for board-level digital signalling of digital data . The basic principle of CML is that current from a constant current generator is steered between two alternate paths depending on whether a logic zero or logic one is being represented. Typically, the generator is connected to the two sources of a pair of differential FETs with the two paths being their two drains. Bipolar equivalents operate in the same way, with the output being taken from the collectors of the BJT transistors. As a differential PCB-level interconnect, it is intended to transmit data at speeds between 312.5 Mbit/s and 3.125 Gbit/s across standard printed circuit boards.[1] The transmission is point-to-point, unidirectional, and is usually terminated at the destination with 50 Ω resistors to Vcc on both differential lines. Operation[edit] Ultra low power[edit] See also[edit]

5 Hilariously Bad Ideas That Actually Solved Huge Problems Here at Cracked, we like to celebrate outside-the-box thinking: the crazy inventors, the creative solutions, the improvised weapons. So we're not saying that any of the below are necessarily good ideas. We're just saying that even the most insane problems need to be solved, and sometimes they're solved with more insanity. #5. Zimbabwe Battles a Backed-Up Sewer With Synchronized Toilet Flushing Photos.com The Ridiculous Problem: Please, take a moment out of your day and thank your toilet. Getty"We're about to be in deep shit. You can imagine the problems this causes. What's a city to do? The Solution: Create a tidal wave with their toilets, that's what. Faced with a seemingly impossible situation, Bulawayo's city officials decided to do something that would appear to be straight out of a cartoon: They calmly ordered everyone in the city to start flushing their toilets at the exact same time, at three-day intervals. Photos.com"This town needs an enema! #4. Make men pee sitting down. #3. Getty

Cyclic redundancy check A cyclic redundancy check (CRC) is an error-detecting code commonly used in digital networks and storage devices to detect accidental changes to raw data. Blocks of data entering these systems get a short check value attached, based on the remainder of a polynomial division of their contents; on retrieval the calculation is repeated, and corrective action can be taken against presumed data corruption if the check values do not match. The CRC was invented by W. Wesley Peterson in 1961; the 32-bit CRC function of Ethernet and many other standards is the work of several researchers and was published during 1975. Introduction[edit] CRCs are based on the theory of cyclic error-correcting codes. A CRC is called an n-bit CRC when its check value is n bits. The simplest error-detection system, the parity bit, is in fact a trivial 1-bit CRC: it uses the generator polynomial x + 1 (two terms), and has the name CRC-1. Application[edit] CRCs and data integrity[edit] Computation of CRC[edit] , where

6 Insane Roads You Won't Believe People Actually Drive On In the name of making all of us appreciate what we have in life, we have in the past looked at some of the most terrifying commutes in the world, proving that none of nature's obstacles can keep man from going where he wants to go. For further (even more insane) evidence, you only need to look at where we've chosen to build our highways, oblivious to all obstacles, elements and mortal danger. #6. Lena Highway Eats Your Car and Casts You into a Hopeless Dystopia Via Englishrussia.com It carries the loving nickname "Highway from Hell," and when travelers say they're "neck-deep in mud," they're just trying to give an accurate measurement: Via Oknation.net"Hon, would you mind getting out and giving us a push?" And in fact ... ... they might be making an understatement. Via Englishrussia.comThe thing about all the mud is -- wait, is that guy wearing pants? During winter, this works just fine. Via Englishrussia.com"OK, so who are we eating first?" In deepest Siberia. With all the cars slowly sinking.

Opto-isolator Schematic diagram of an opto-isolator showing source of light (LED) on the left, dielectric barrier in the center, and sensor (phototransistor) on the right.[note 1] In electronics, an opto-isolator, also called an optocoupler, photocoupler, or optical isolator, is a component that transfers electrical signals between two isolated circuits by using light.[1] Opto-isolators prevent high voltages from affecting the system receiving the signal.[2] Commercially available opto-isolators withstand input-to-output voltages up to 10 kV[3] and voltage transients with speeds up to 10 kV/μs.[4] History[edit] The value of optically coupling a solid state light emitter to a semiconductor detector for the purpose of electrical isolation was recognized in 1963 by Akmenkalns,et al. Operation[edit] Electric isolation[edit] Planar (top) and silicone dome (bottom) layouts - cross-section through a standard dual in-line package. Types of opto-isolators[edit] Resistive opto-isolators[edit]

Solid state relay A solid-state relay (SSR) is an electronic switching device that switches states when an external voltage is applied along its n-type and p-type junctions. SSR has a small control signal that controls a larger load current or voltage. It consists of a sensor which responds to an appropriate input (control signal), a solid-state electronic switching device which switches power to the load circuitry, and some coupling mechanism to enable the control signal to activate this switch without mechanical parts. The relay may be designed to switch either AC or DC to the load. Solid-state relays are composed of semiconductor materials, including thyristors and transistors. Coupling[edit] The control signal must be coupled to the controlled circuit in a way which isolates the two circuits electrically. Many SSRs use optical coupling. Operation[edit] A SSR based on a single MOSFET, or multiple MOSFETs in a paralleled array, works well for DC loads. Parameters[edit] Disadvantages[edit] Images[edit]

Aegis Ballistic Missile Defense System The motto in Latin: Custos Custodum Ipsorum means "Guard of the Guardians Themselves" in English The Aegis Ballistic Missile Defense System (Aegis BMD or ABMD)[1] is a United States Department of Defense Missile Defense Agency program developed to provide defense against ballistic missiles. It is part of the United States national missile defense strategy. It enables warships to shoot down enemy ballistic missiles, by expanding the Aegis Combat System with the addition of the AN/SPY-1 radar and Standard missile technologies. The current system uses the Lockheed Martin Aegis Weapon System and the Raytheon RIM-161 Standard Missile 3 (SM-3). History and technical development[edit] Origins[edit] Aegis Ashore deckhouse The current effort to deploy Aegis ballistic missile defense (ABMD) was begun during the mid-1980s as part of President Ronald Reagan's Strategic Defense Initiative (SDI). Later, SDIO worked with the Navy to test the LEAP on the Terrier missile. During the late 1990s, the U.S.

Snubber Circuit Design Calculators Snubber Circuit Design Calculators See our other Electronics Calculators. Driving inductive loads with transistor switches, whether they be flyback transformers, relays or motors often result in the high voltage resonant spikes when the coils are interrupted from their current current source by the transistor. There are various ways of mitigating these undesirable spikes which cause component failures and EMI issues. The most common approach is to use snubber circuits. This engineering tutorial article not only explains common snubber circuits but provides several design calculators, that make snubber design easy. Figure 1 - Coil driving circuit showing the use of a RCD clamping snubber (D1,C1,R1) and a RCD rate of voltage rise snubber (D2,R2,C2). Method 1 - RCD Rate of Voltage Rise Snubber Circuit With this method we want to limit the rise of the voltage when the transistor switch is shut off. When the transistor shuts off the current is at it's peak value. Ipk= C*dV/dt C= Ipk*dt/Vrail

Ballistic missile Minuteman-III MIRV launch sequence : 1. The missile launches out of its silo by firing its 1st stage boost motor (A). 2. About 60 seconds after launch, the 1st stage drops off and the 2nd stage motor (B) ignites. The missile shroud (E) is ejected. 3. A ballistic missile is a missile (rocket) that follows a ballistic flightpath with the objective of delivering one or more warheads to a predetermined target. History[edit] The first ballistic missile was the A-4,[1] commonly known as the V-2 rocket, developed by Nazi Germany in the 1930s and 1940s under direction of T.J. The R-7 Semyorka was the first ICBM, while the SM-65 Atlas was the first American ICBM. A total of 30 nations have deployed operational ballistic missiles. Side view of Minuteman-III ICBM Flight[edit] A ballistic missile trajectory consists of three parts: the powered flight portion, the free-flight portion which constitutes most of the flight time, and the re-entry phase where the missile re-enters the Earth's atmosphere.