The Future of Augmented Reality 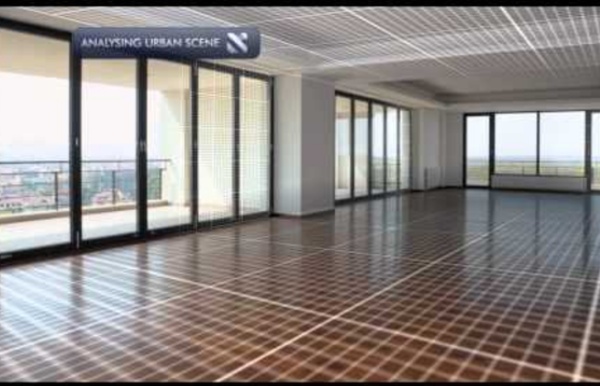 Qualcomm Extends Vuforia Augmented Reality Platform To The Cloud (Video) Qualcomm announced an upgrade to their Vuforia Augmented Reality platform on Wednesday. Vuforia is a platform that focuses on using images as the “targets” to launch an AR experience, rather than requiring consumers to scan QR codes or other glyphs. So instead of scanning a barcode, you just scan a specific picture to start the AR experience on your mobile phone or tablet (it could launch a video, or a 3D model, etc.) There are many AR companies that employ this method of recognizing images. That is nothing new. The difference here is that the old version of Vuforia required the database of images that are the “targets” to be stored locally on the device running their software and therefore had a limited capacity of storage (around 80 images). This new system allows developers to continue using local app storage of image targets but they can also now implement programatic, API-based access to up to 1 million targets using a new cloud database system.

How Augmented Reality Works | HowStuffWorks Video games have been entertaining us for nearly 30 years, ever since Pong was introduced to arcades in the early 1970s. Computer graphics have become much more sophisticated since then, and game graphics are pushing the barriers of photorealism. Now, researchers and engineers are pulling graphics out of your television screen or computer display and integrating them into real-world environments. This new technology, called augmented reality, blurs the line between what's real and what's computer-generated by enhancing what we see, hear, feel and smell. On the spectrum between virtual reality, which creates immersive, computer-generated environments, and the real world, augmented reality is closer to the real world. Augmented reality is changing the way we view the world -- or at least the way its users see the world. In this article, we'll take a look at where augmented reality is now and where it may be headed soon.

mputer vision with iOS Part 1: Building an OpenCV framework — Aptogo Update: Nov 28 2011 – The OpenCV framework has been rebuilt using opencv svn revision 7017 Update: Check out Part 2 of our series on computer vision. Introduction This article is the first in a series looking at computer vision for iOS using the OpenCV library. OpenCV is released under the BSD licence and so is free for both academic and commercial use. It includes optimised implementations of all the standard algorithms used today in the field of computer vision and has a huge user base across the Linux, Windows, Mac and Android worlds. In the past, OpenCV has been difficult to build for iOS. In this article we aim to reduce the learning curve even further by providing the OpenCV library as an iOS framework that can be added to your own Xcode projects simply by dragging and dropping. We start by walking you through the example project then describe how to use the OpenCV framework in your own projects. As ever, we build on the work of others that have gone before us. The example project

Qualcomm extends Vuforia augmented reality to the cloud Remember Vuforia? Qualcomm’s augmented reality platform allows you to scan real world objects and create “interactive experiences” on your smartphone or tablet. The technology had its limitation though, only scanning photos against a local database of 80 images. Now Qualcomm has announced that by adding the cloud into the mix, so the platform can perform image recognition against over one million images. That will make it much easier for developers and partners to use the platform, with American Apparal fully onboard with the program. The company demoed Vuforia at Uplinq 2012. American Apparel gave a little demo for us at the event, and everything seemed to work as advertised.

5 reasons to use Augmented Reality in Education - Augment News By integrating augmented reality into your lectures, you’ll capture the attention of your audience. You will have their undivided attention. For instance, a teacher in dentistry integrated Augment into his lessons to show 3D models of teeth and how the human jaw works. Let your audience participate! Prototypes, physical models, and detailed illustrations and posters are all extremely expensive. With Augment, you do not have to invest in physical materials. With a simple a scan, students can access augmented models representing anything from a part of the human anatomy to a famous monument to a molecule. Incorporating Augment into your lessons will make your students excited about learning. Introducing augmented reality to your students, will enable them to discover unknown passions and inspire their future endeavors. Let student imagination runs wild! Download now the free Augment app on your iPhone, iPad or Android. We deliver FREE ACADEMIC LICENSES!

32 Augmented Reality Apps for the Classroom by edshelf: Reviews & recommendations of tools for education Augmented Reality (AR) is a growing field of technology where real life is modified and enhanced by computer-generated sights and sounds. The most common use of AR can be seen through mobile apps. Want to see how it works? App developers are building AR apps for fun, educational, and commercial uses. Which augmented reality apps do you use? 32 Augmented Reality Apps for the Classroom From edshelf Image attribution flickr user turkletom 1st ever Augmented Reality linking to Wikipedia in a museum Mar de Fons is the title of an art exhibition that is taking place in the Mataró Museum, a local museum not faraway from Barcelona. One of its peculiarities is that you can find more information about the paintings with any mobile devices, thanks to image recognition with augmented reality (AR) that links to Catalan Wikipedia articles. The exhibition - mainly about sea paintings, with an important role of local artists- was inaugurated on March 30, 2012 and will be open until September 29, 2013. How it works Visitors can interact with the artworks focusing them with their smart phone. The designed application allows the direct recognition of the artwork, combining virtual elements in a real context. As far as I Know, this project is first time ever than an AR App links to Wikipedia articles, at least in the field of museums. Communication The AR experience is included in the museography of the whole exhibit.

Augmented & Virtual Reality Improve Learning Experience | HotChalk Game designers have long understood the impact that deeply immersive environments can have on people. Just ask anyone who has been stalked by vengeful aliens for hours on end, from the safety and comfort of their sofas. The same technology that has captured the attention of video game enthusiasts and the general public may be making its way into the classroom in the relatively near future — presumably minus zombies. Virtual reality (VR) and augmented reality (AR) tech were once only thought to be things of science fiction. The recent refinement and commercialization of immersive and interactive technologies like Oculus and Microsoft HoloLens have made them a reality. But could this technology possibly be useful to students? Virtual Reality Imagine for a minute that you are taking a class online, but instead of seeing a live stream of the classroom on your screen, you are instead fully immersed in the classroom environment with the use of virtual reality goggles and headphones.

20 Ways to Use Augmented Reality in Education Second Life proved an incredibly valuable tool for educators hoping to reach a broad audience — or offering even more ways to learn for their own bands of students. Augmented Reality Development Lab: Affiliated with Google, Microsoft, and Logitech, the Augmented Reality Development Lab run by Digital Tech Frontier seeks to draw up projects that entertain as well as educate. The very core goal of the ARDL involves creating interactive, three-dimensional objects for studying purposes. Reliving the Revolution: Karen Schrier harnessed GPS and Pocket PCs to bring the Battle of Lexington to her students through the Reliving the Revolution game, an AR experiment exploring some of the mysteries still shrouding the event — like who shot first! Players assume different historical roles and walk through everything on a real-life map of the Massachusetts city. FETCH! Driver’s ed: Toyota teamed up with Saatchi & Saatchi to deliver the world’s cleanest and safest test-drive via augmented reality.

How to Transform Your Classroom With Augmented Reality Augmented Reality is changing education. What started out as something that was simply “cool” has become a way to engage learners like never before. In fact, while I was first introduced to Augmented Reality through the Aurasma App, I never imagined that while walking through a trendy neighborhood in Washington D.C. this past summer, I would come across the first public interactive augmented reality mural dedicated to the life of the actor Paul Robeson. Designed by artist Corey L. Stowers, this mural allows viewers to scan and thus trigger images of his artwork with their mobile devices, accessing historical videos and original content that depict the life of the great athlete, performer, and civil rights activist. It was at this moment that I realized that Augmented Reality was a way to bring a new dimension to learning. What is “Augmented Reality”? How can I start using AR in my classroom? And why exactly should I start doing this? What are the best AR apps and resources out there?