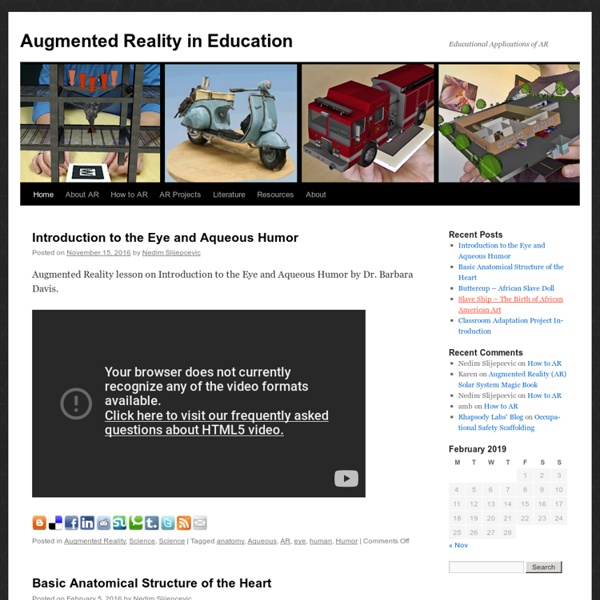 SSTT Visualizer Augmented Reality Demo | technotecture SSTT visualizer is a viewer application for 3D models enabled with Augmented Reality. It demonstrates the capabilities of the SSTT library. SSTT visualizer augments rectangular symbols in the environment and can be used for a variety of application areas ranging from engineering to medical visualization where 3D prototypes need to be presented within the real environment. Download Video Prerequisites Windows XP/Vista or Mac OS X 10.5.x (Intel/PPC)webcam (builtin such as iSight or a USB camera)Printer (for printing out the marker) The application has been tested on a vast number of machines including an msi U100 netbook, Quad Core Dell Precision, a MacBook Pro, Mac Pro and a late 2008 MacBook. Machines with built-in graphics chipsets (Intel GMA) might perform not as expected because the OpenGL implementations are rather buggy. How to install The following steps are necessary for you to follow to run the SSTT Visualizer: Now what? When you see the camera view point the "Watch!" What is it for?

The New Web Timeline Tool in Town The coders over at ProPublica, a leading source for independent investigative journalism, have released their new TimelineSetter tool under an open license. The tool takes a list of comma separate values (you can follow their example) containing the content for the timeline and spits out a web page to display it, complete with the various additional files needed to display it on any old web server. When these files are uploaded to your server the result are timelines that look like this. Sounds great, doesn’t it? Well for some, it may take a little time to get up and running. timeline-setter -c /path/to/data.csv -o /path/to/output/directory -a Thus, if I have a timeline file on my Mac desktop called “timeline.txt” and a newly created folder called “timeline” the correct command would be: timeline-setter -c ~/Desktop/timeline.txt -o ~/Desktop/timeline -a I then take that folder “timeline” and upload it to my server. This new tool is not the only game in town. Return to Top

Coggle Interactive 3D model of Solar System Planets and Night Sky QIAT. Quality Indicators for Assistive Technology Cool Infographics - Blog Intel has released What About Me?, an automatic infographic generator that connects to your own Twitter, Facebook and YouTube accounts to create a profile infographic about you. Social media users know that discovery is half the fun. With What about Me? you can capture a snapshot of your social media life and create your own colorful image, full of clues and facts about one of the most fascinating subjects in the world — YOU! In general, I’m not a fan of automatically generated infographics. From a design perspective, the “About Me” section is the big central visual element. In the “How I put it out there” section, the bars are all portions of the total 100%, so a pie chart or a stacked bar would have been a better chart style to use in the design. I really like the simplicity of the “My Mood” section, and I think they actually made it too small in this design. I think they setup the sharing function poorly. Found on Mashable

HDD Caddy for Asus N550 N550JV laptop | HDDCaddy.eu - HDD Caddy for 2nd drive in every laptop! Are you looking for a way to add more storage capacity to your laptop while keeping your laptop mobile? Then HDD Caddy is your solution. This HDD Caddy replaces the optical drive from your laptop so you can insert an extra hard drive or SSD (Solid State Drive) in your laptop. Installing doesn’t require much effort and your 2nd drive should work out of the box, so no driver or software installation is needed to get it running. How does it work? The optical drive from Asus N550 N550JV can be easily removed. This HDD Caddy features – full aluminium design for better cooling and minimising extra weight – plastic holder within the HDD Caddy that absorbs noise and vibrations – special designed front side allowing you to easily mount your original bezel. Please note: a hard drive or SSD is not included. Order your HDD Caddy for Asus N550 N550JV here!