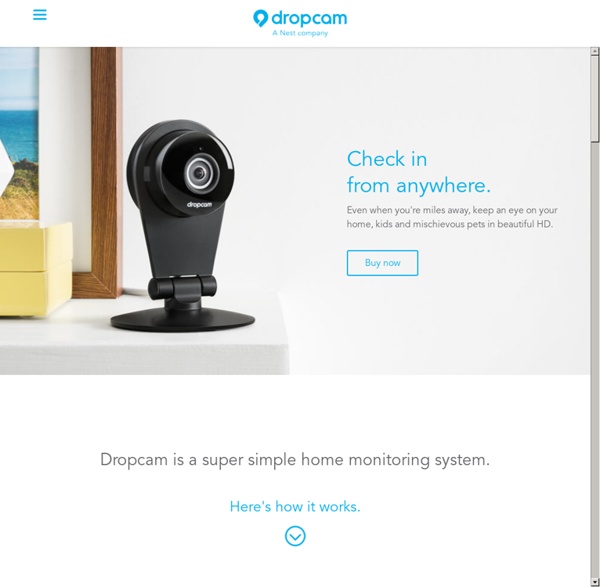 Control This LED Light Bulb From a Smartphone SmartLabs Technology company Insteon has figured out how to get us out of the worst predicament ever — lying comfortably in bed, on the edge of sleep and realizing the light is still on. Insteon's first dimmable app-controlled light bulb lets home dwellers turn lights on and off from a smartphone app. The bulb works instantly once it's screwed into any light fixture. The remote control system's built right into the bulb's hardware. The energy-efficient LED light replaces and shines brightly like a 60W-100W incandescent bulb. The light can be turned on and off with a lamp's native light switch or remotely by connecting it to the company's SmartLinc Hub. The Insteon LED bulb with the SmartLinc Hub, costs $29.99 and will be available here. This is one step in the direction of future home automation.

Video: Kawasaki’s Power-Assist Robot Suit Helps Humans Lift Heavy Objects Japanese tech powerhouse Kawasaki is working on the so-called Power Assist Suit, a wearable robot that helps humans carry objects weighing 30-40kg without any effort from the muscles. The suit is actually one of quite a few similar models currently available in Japan. The Kawasaki robot features a total of four motors in the parts covering the hips and knees (see picture below). The control unit and lithium battery are placed in the part placed around the lower back. According to Kawasaki, the self-supporting robot is designed in a way that wearers don’t feel the weight of the suit itself when moving around. The Power Assist Suit can be adjusted to the length of the wearer’s legs and doesn’t take more than a minute to put on and off, Kawasaki promises. The company wants to commercialize the robot after testing it out in its own factories for one to two years. Here’s a video that shows a human walking around with the Power Assist Suit: Via Robonable [JP]

Hybrid Memory Cube Consortium Livestream. Discover and Experience Live Events. Broadcast your own events live with our Platform and Services. UP by Jawbone FAQ | Know yourself. Live better. What is UP? What does it do? Band + App + You = The UP SystemUP is a system that takes a holistic approach to a healthy lifestyle. Where can I get an UP band? UP bands are available on the Jawbone Online Store and Authorized Retailers. What colors does it come in? UP comes in the following colors: Onyx, Mint Green, Light Grey, Blue, Navy Blue, Red, Orange & Hunter Green. What sizes does it come in? UP is available in Small, Medium, and Large. Is it water resistant? Your band is rain, splash, sweat, and shower-resistant, but you should remove your band before swimming, surfing, or exposing to other extreme conditions and activities like saunas and steam rooms. What is UP made of? UP is encased in medical-grade, hypoallergenic rubber. How does UP sync? UP was designed to quickly and simply sync your data with your device using the 3.5 mm headphone jack. How should I take off/put on my band? Bend your band just enough to take it off and put it on, one end at a time. How do I clean my band? Top

home automation for a newbie Zigbee vs Zwave vs hardwired I just got back from CES where I had a chance to speak with both the ZigBee Alliance and the Z-Wave Alliance. The two technologies have almost nothing in common although they are both being used for home automation. Z-Wave is here today and I think they have something like 300+ devices, if memory serves me correctly. That is good, but I will caution you that Z-wave is a proprietary protocol with only one company making the chips. ZigBee is completely different, uses standards, many companies are making chips and products, but like a big truck picking up steam, it takes a long time to get going. I think, if memory serves me, they are reporting 145 products. Which Z-Wave is very focused, home automation, ZigBee is very wide, with applications from smart meters, and lighting control to security, healthcare, even as a replacement for IR in remote controls with the RF4CE standard. As always, if you are building a system TODAY you can't worry about all that.

Somfy’s TaHomA Lets You Control The House From Your iPad I’m not a homeowner myself, but something tells me that when I do buy a house, I’m going to want something like the TaHomA home automation system to ensure that I can be as lazy as possible. Developed by a company called Somfy, the TaHomA allows you to remotely control multiple supported products throughout the house, from motorized awnings and blinds to lights and thermostats. Oh, and did I mention you can do it all from your iPad? In fairness, the TaHomA has a pretty robust web interface too, and can run on just about anything that supports Flash. Obviously, since iPads and iPhones can’t handle Flash, they had to make do with a native app that does all the heavy lifting. Aside from the iOS-friendly dashboard, the TaHomA system itself consists of a host of components. Once all the pieces are in place, you’re ready to fire up the dashboard. Note that installing the TaHomA definitely isn’t going to be a fun DIY project.

WiTricity Qik | Record and share video live from your mobile phone At Skype, we know and love that technology continues to evolve. Today, people carry smartphones around in their pockets instead of being tethered to a desk, allowing people to stay in touch on the go. Skype has likewise evolved to help people stay connected from anywhere on any device, and we’ve continued to see growth on Skype for mobile devices. In fact, we’re honored that Skype is consistently rated as one of the top mobile apps on iTunes, the Google Play Store and the Windows Phone Store. We’re always hard at work evolving Skype for mobile, and have continued to add new features, such as group video calling. We’ve enabled video messaging in Skype and fun features such as filters, to make your messages even more personal. Due to these updates, the last day Skype Qik will be available for use will be March 24th, 2016. For more information, please check out Skype’s online support pages.

Getting Started with Arduino Kit V3.0 Getting Started with Arduino Kit v3.0 has everything you need to get started with Arduino, the open-source electronics prototyping platform that's taken the design and hobbyist world by storm. Using the included components, along with our best-selling Getting Started with Arduino, 2nd Edition (sold separately), you'll be able to start building electronics projects that can sense and react to the physical world. Within seconds of opening the box, you can connect Arduino to your computer using a USB cable (both the cable and Arduino are included) and start playing. With the free software available from the Arduino web site, you can start writing simple programs (called "sketches" in Arduino) and move on up to more complex examples. Arduino is a tool for making computers that can sense and control more of the physical world than your desktop computer.