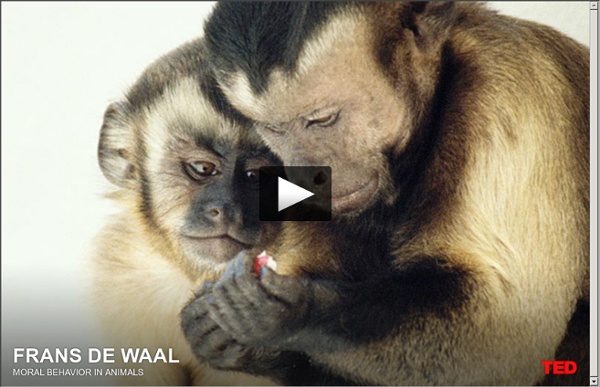 The 5 Most Endangered Canine Species Domesticated dogs are some of the most popular animals on the planet, but their cousins in the wild aren’t always as beloved. For thousands of years humans have persecuted wolves, jackals, dingoes, foxes and other members of the family Canidae, pushing many species into or close to extinction. Here are five of the most endangered canine species and subspecies, three of which only continue to exist because a few people and organizations have taken extraordinary efforts to save them. 1.

Homosexuals Shouldn't 'Force' Gay Marriage in Scotland, Says George Michael (Anna Crews) July 20, 2012|11:13 am During a radio interview in Scotland, entertainer George Michael stated that civil partnerships already offer same-sex couples the "same rights" as married couples, leaving to question the need to redefine marriage. Scotland is vying to become the first U.K. nation to pass legislation legalizing same-sex marriage, although the Scottish government has seen opposition by the Catholic Church and the Church of Scotland. Sea slug has taken genes from algae it eats, allowing it to photosynthesize like a plant How a brilliant-green sea slug manages to live for months at a time "feeding" on sunlight, like a plant, is clarified in a recent study published in The Biological Bulletin. The authors present the first direct evidence that the emerald green sea slug's chromosomes have some genes that come from the algae it eats. These genes help sustain photosynthetic processes inside the slug that provide it with all the food it needs. Importantly, this is one of the only known examples of functional gene transfer from one multicellular species to another, which is the goal of gene therapy to correct genetically based diseases in humans.

Abortion rights are under attack, and pro-choice advocates are caught in a time warp (Christopher Hotaling) In the nearly four decades since the Supreme Court ruled that women have a fundamental right to decide to have an abortion, the opposition to legal abortion has increased dramatically. Opponents use increasingly sophisticated arguments - focusing on advances in fetal medicine, stressing the rights of parents to have a say in their minor children's health care, linking opposition to abortion with opposition to war and capital punishment, seeking to make abortion not illegal but increasingly unavailable - and have succeeded in swinging public opinion toward their side. Meanwhile, those of us in the abortion-rights movement have barely changed our approach. We cling to the arguments that led to victory in Roe v. Wade. Abortion is a private decision, we say, and the state has no power over a woman's body.

How to Be Happy Positive psychology is all the rage these days, and everybody wants the secret key to happiness . Go figure; everybody wants to be happy. What can evolutionary psychology say about how to be happy? As usual, I feel compelled to begin with a disclaimer that, as a scientist – as the scientific fundamentalist – I am in the business of giving advice to people and telling people how to live their lives.

Animal Earth: New Photos Exploring the Diversity of the World’s Most Obscure Species Segmentation, a distinguishing feature of the annelids is clearly visible here. Photo by Alexander Semenov. Nudibranchs, together with a huge variety of other marine mollusks, are commonly known as sea slugs (Coryphella polaris). Photo by Alexander Semenov. Many tube-dwelling polychaetes have elaborate, colorful tentacles for filter feeding and gas exchange. The funnel-shaped structure (operculum) seals the tube when the animal retreats inside (unidentified serpulid).

North Carolina Amendment 1: Voters Weigh Gay Marriage Ban (Becky Adams) North Carolina voters go to the polls Tuesday to decide whether to add a measure banning gay marriage, civil unions and domestic partnerships to the state's constitution, in addition to the state's statutory prohibition against recognition of same-sex marriage. The text of the amendment reads, "Marriage between one man and one woman is the only domestic legal union that shall be valid or recognized in this state." The state legislature passed the measure last September, placing it on the ballot. Why Modern Feminism Is Illogical, Unnecessary, and Evil Although it is not Susan Pinker’s intention in writing it, reading her excellent book The Sexual Paradox: Troubled Boys, Gifted Girls and the Real Difference Between the Sexes cannot help but further reinforce my view that modern feminism in the 21st century is simultaneously illogical, unnecessary, and evil. First, modern feminism is illogical because, as Pinker points out, it is based on the vanilla assumption that, but for lifelong gender socialization and pernicious patriarchy, men and women are on the whole identical. An insurmountable body of evidence by now conclusively demonstrates that the vanilla assumption is false; men and women are inherently, fundamentally, and irreconcilably different. Any political movement based on such a spectacularly incorrect assumption about human nature – that men and women are and should be identical – is doomed to failure.

Are mainstream and social media ignoring famine in the Horn of Africa? « Conversations for a Better World Thursday, August 25th, 2011 - 4 comments Ten million people in the Horn of Africa have been affected by the worst drought the region has faced in 60 years. The U.N. estimates that 640,000 children are acutely malnourished. In the last three months 29,000 children under five have died due to the drought and famine. Ten million.

12 Real Animals That Make Earth Look Like An Alien Planet This amazing planet is filled with creatures, critters, and all sorts of crazy-looking beings- many of which we haven’t even discovered. In fact, there are over 1,367,555 non-insect animals that have been identified, and that number represents only 1% of all animal species that have ever lived! All over the world, we come across the most beautiful animals…and the creepiest ones as well. The following 12 animals are almost unheard of; join us as we discover what lies beyond their hidden mystery.