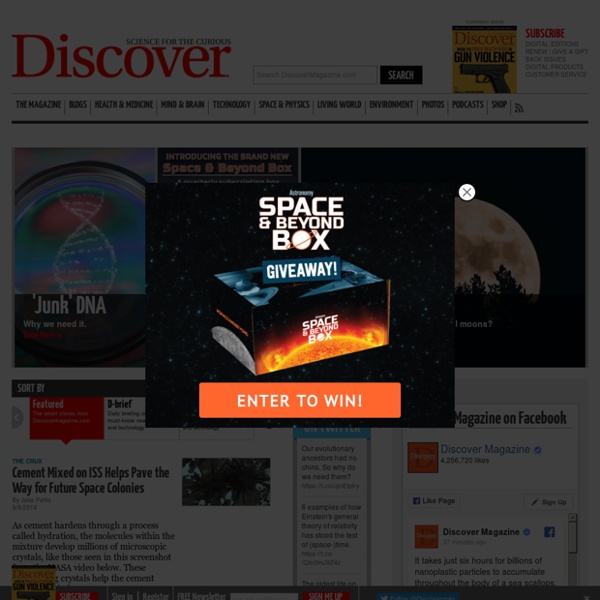 Accelerating Future There isn’t enough in the world. Not enough wealth to go around, not enough space in cities, not enough medicine, not enough intelligence or wisdom. Not enough genuine fun or excitement. Scientific Method: Relationships Among Scientific Paradigms To see the full map of relationships among scientific paradigms, click here or on the image below. Note: The map is a large (8.7 MB) file and may take a while to download. Research & Node Layout: Kevin Boyack and Dick Klavans (mapofscience.com); Data: Thompson ISI; Graphics & Typography: W. Bradford Paley (didi.com/brad); Commissioned Katy Börner (scimaps.org) This map was constructed by sorting roughly 800,000 published papers into 776 different scientific paradigms (shown as pale circular nodes) based on how often the papers were cited together by authors of other papers.

The 10 Skills Modern Teachers Must Have The above image is 8.5×11″ so you can print it out. PDF is available here . There’s been a lot of talk about 21st century learners, 21st century teachers, and connected classrooms. There’s a daily influx of new technology into your inbox and your classroom feels woefully behind the times even if you’re flipping your 1:1 iPad classroom that’s already online and part of a MOOC . What are modern teachers to do with all this jargon and techno-babble being thrown at them all day long? Simple.

Science Two possible explanations of mysterious earthquake lights — Centuries of humans have reported strange lights moving along the ground before an earthquake strikes. Now, two different teams of scientists have two competing theories that could explain where those lights come from and how they're made. — Maggie • 5 Maggie Koerth-Baker at 6:57 am Fri, Apr 11, 2014 • 16 Oarfish are freaky sea dragons. You might remember them from the beaching incidents last fall, when two oarfish turned up on the coast of California within a week. Social Media for Administrators As I have done a lot of work with school administrators on why they should be using social media and some practical ways to use it within their schools, I wanted to compile some articles together that will help schools/organizations move forward. They will be listed under two categories; the why and the how. The articles are listed below:

PLoS Biology : Publishing science, accelerating research A Peer-Reviewed, Open Access Journal Current Issue PLOS Biology is a peer-reviewed, open-access journal featuring research articles of exceptional significance in all areas of biological science, from molecules to ecosystems. What Is Nothing? A Mind-Bending Debate about the Universe Moderated by Neil deGrasse Tyson by Maria Popova “You can’t assert an answer just because it’s not something else.” Isaac Asimov — sage of science, champion of creativity in education, visionary of the future, lover of libraries, Muppet friend — endures as one of the most visionary scientific minds in modern history. Every year, the Hayden Planetarium at the American Museum of Natural History, of which Asimov had been a tenacious supporter, hosts the Isaac Asimov Memorial Debate, inviting some of the greatest minds of our time to discuss monumental unanswered questions at the frontier of science.

The Best Online Learning Platforms Bill Gates Founder of Microsoft Sheryl Sandberg Facebook COO Ten Websites for Science Teachers We all know that the web is full of excellent web resources for science teachers and students. However, unless you live on the web, finding the best websites can become quite a challenge. This isn't a "Top Ten" list -- instead, it is a list of websites that I either use on a regular basis or just find interesting. Public Library of Science: Open Access The Case for Open Access Open Access (OA) stands for unrestricted access and unrestricted reuse. Here’s why that matters. Most publishers own the rights to the articles in their journals. Anyone who wants to read the articles must pay to access them. Anyone who wants to use the articles in any way must obtain permission from the publisher and is often required to pay an additional fee.

Genetics Genetics includes the study of heredity, or how traits are passed from parents to offspring. The topics of genetics vary and are constantly changing as we learn more about the genome and how we are influenced by our genes. Inheritance Mendel & Inheritance – powerpoint presentation covering basics of genetics Simple Genetics Practice – using mendelian genetics and punnett squares Genetic Crosses with two traits – basic crosses, uses Punnet squaresGenetic Crosses with two traits II – basic crossses, uses Punnett squaresDihybrid Crosses in Guinea Pigs (pdf) – step through on how to do a 4×4 punnett square