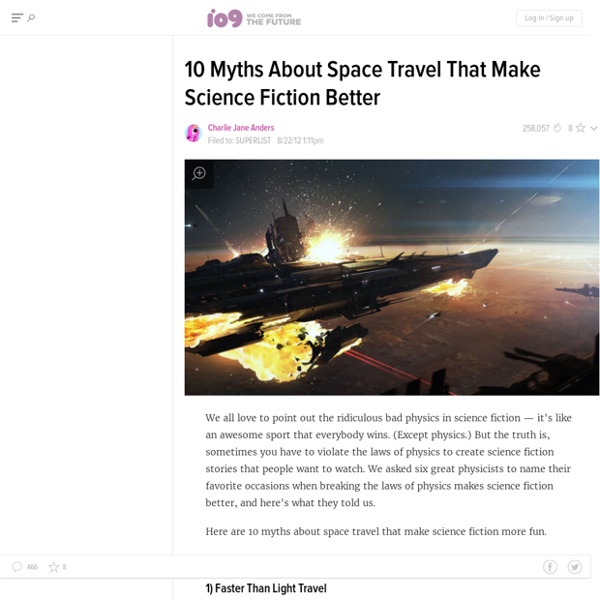 Space exploration Saturn V rocket, used for the American manned lunar landing missions The Moon as seen in a digitally processed image from data collected during a spacecraft flyby While the observation of objects in space, known as astronomy, predates reliable recorded history, it was the development of large and relatively efficient rockets during the early 20th century that allowed physical space exploration to become a reality. Space exploration has often been used as a proxy competition for geopolitical rivalries such as the Cold War. After the first 20 years of exploration, focus shifted from one-off flights to renewable hardware, such as the Space Shuttle program, and from competition to cooperation as with the International Space Station (ISS). In the 2000s, the People's Republic of China initiated a successful manned spaceflight program, while the European Union, Japan, and India have also planned future manned space missions. History of exploration in the 20th century[edit] First flights[edit]

New Glasses Help Colorblind To See Normally With a new pair of stylish shades, people with colorblindness are beginning to see the world just as the rest of us do. The corrective glasses were actually created as tools to detect blood oxygenation and flow beneath the surface of the skin. But then colorblind people started trying them on, and they began to see the world in a whole new way. The glasses were created by 2AI Labs, a company co-founded by evolutionary biologist Mark Changizi when he left Rensselaer Polytechnical Institute in New York. Last summer the Boise, Idaho-based company developed three pairs of glasses called O2Amps. 2AI then got the idea that the O2Amps might help people with red-green deficiency, a genetic condition affecting 8 percent of men and 0.5 percent of women that renders them incapable of distinguishing between red and green. There are some drawbacks to the glasses, however.

Health threat from cosmic rays The health threat from cosmic rays is the danger posed by galactic cosmic rays and Solar energetic particles to astronauts on interplanetary missions.[1][2] Galactic cosmic rays (GCRs) consist of high energy protons (85%), helium (14%) and other high energy nuclei HZE ions.[1] Solar energetic particles consist primarily of protons accelerated by the Sun to high energies via proximity to solar flares and coronal mass ejections. They are one of the most important barriers standing in the way of plans for interplanetary travel by crewed spacecraft.[3][4][5] The deep-space radiation environment[edit] Sources of ionizing radiation in interplanetary space. The radiation environment of deep space is very different from that on the Earth's surface or in low Earth orbit, due to the much larger flux of high-energy galactic cosmic rays (GCRs), along with radiation from solar proton events (SPEs) and the radiation belts. Human health effects[edit] Central nervous system[edit] Mitigation[edit] Drugs[edit]

Space medicine NASA astronaut Dan Burbank (foreground), Expedition 30 commander, and Russian cosmonaut Anton Shkaplerov, flight engineer, participate in a Crew Health Care System (CHeCS) medical contingency drill in the Destiny laboratory of the International Space Station. This drill gives crewmembers the opportunity to work as a team in resolving a simulated medical emergency on board the space station.(Nasa[1]) Space medicine is the practice of medicine on astronauts in outer space whereas astronautical hygiene is the application of science and technology to the prevention or control of exposure to the hazards that may cause astronaut ill health. History[edit] Hubertus Strughold (1898–1987), a former Nazi physician and physiologist, was brought to the United States after World War II as part of Operation Paperclip.[4] He first coined the term "space medicine" in 1948 and was the first and only Professor of Space Medicine at the School of Aviation Medicine (SAM) at Randolph Air Force Base, Texas.

Weightlessness A block of lead in free fall on planet X. The block is said to be in a state of weightlessness although being pulled down by the planet's gravity. Two bodies in free fall: the Earth and the Moon. The two bodies are GR inertial and are accelerating towards each other. Weightlessness, or an absence of 'weight', is in fact an absence of stress and strain resulting from externally applied forces, typically contact forces from floors, seats, beds, scales, and the like. When bodies are acted upon by non-gravitational forces, as in a centrifuge, a rotating space station, or within a space ship with rockets firing, a sensation of weight is produced, as the forces overcome the body's inertia. When the gravitational field is non-uniform, a body in free fall suffers tidal effects and is not stress-free. Weightlessness in Newtonian mechanics[edit] In the left half, the spring is far away from any gravity source. To sum up, we have two notions of weight of which weight1 is dominant. 1. 2.

Top 10 Amazing Lost Or Suppressed Inventions Technology This list looks at some amazing past inventions that have been lost. Some may be cause for skepticism but almost all of the items here are things that we would definitely love to understand better today. Greek fire was an incendiary weapon used by the Byzantine Empire. Orgone energy is a hypothetical form of energy first proposed and promoted in the 1930s by psychoanalyst Wilhelm Reich. Perpetual Motion Viktor Schauberger Schauberger and his works have become part of an internet-based conspiracy theory claiming that Schauberger invented free energy/perpetual motion devices and that this was “covered up” by the US government. Some people, including a number of doctors and biochemists, believe ozone has remarkable healing properties. Anti-Gravity Device Thomas Townsend Brown In 1956, the aviation trade publication Interavia reported that Thomas Townsend Brown had made substantial progress in anti-gravity or electro-gravitic propulsion research. Cold Fusion Device Eugene Mallove

Cyberpunk Studies Human spaceflight ISS crewmember views the Earth, 2010 computer generated illustration of a potential human Mars exploration. Human spaceflight (e.g. manned spaceflight) is space travel with humans aboard spacecraft. When a spacecraft is manned, it can be piloted directly, as opposed to machine or robotic space probes controlled remotely by humans or through automatic methods on board the spacecraft. Humans have been continually present in space for 700113000000000000013 years and 7002165000000000000165 days on the International Space Station. The first manned spaceflight was launched by the Soviet Union on 12 April 1961 as a part of the Vostok program, with cosmonaut Yuri Gagarin aboard. In recent years there has been a gradual movement towards more commercial means of spaceflight. History[edit] First human spaceflights[edit] The United States became the second nation to achieve manned spaceflight with the suborbital flight of astronaut Alan Shepard aboard Freedom 7 as part of Project Mercury.

Overview – Spaceships SpaceShipTwo SpaceShipTwo uses all the same basic technology, carbon composite construction and design as SpaceShipOne. However it is around twice as large as that vehicle and will carry six passengers and two pilots. It is 60ft long with a 90" diameter cabin which is similar in size to a Falcon 900 executive jet albeit with no floor dissecting the cabin allowing maximum room for the astronauts to float in zero gravity. Each passenger gets the same seating position with two large windows: one side window and one overhead, so that, if you don't want to float free in space, and you'd rather just remain in your seat, you still get a great chance to see the view. The View Your views of earth will be maximised by large windows. The spaceship can be thought of as an air launched glider with a rocket motor and a couple of extra systems for spaceflight. SS1 photographed by Ron Dantowitz The spaceship is powered by a hybrid rocket motor. 361,000ft / 110km Virgin Galactic's maximum altitude.